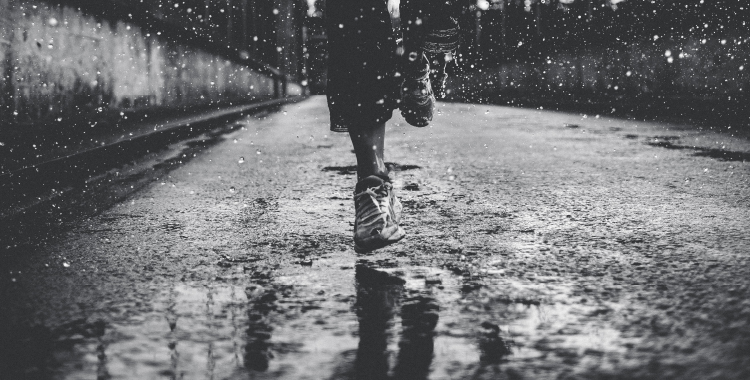 Dear diary,
Delhi
Running:
I had a dream, more like a nightmare,
I was running relentlessly, with naked feet on the tartar,
I was shaking, certainly afraid of something or someone,
It was a rare look, considering my forbidding face,
I kept looking back, as if trying to escape danger,
Now I wonder what it was though?
The affliction was quite evident,
But it was not just pain or fear,
It was also anger at possibly my own defeat,
It seemed as if I had given up trying,
Possibly trying to tackle each role as perfectly as it is,
Mother, lover, wife, daughter, bahu, sister, aunty, and what else?
It was as if I had bowed down for good,
I was running, still running, but couldn’t exactly figure why?
But there I was, just running on and on,
Perhaps I was frightened,
To be caught back and buried again in the deep rut,
To be judged and disciplined,
So, I was just running,
Possibly, trying to escape the wicked circuit,
Afraid of being taken for bondage,
Of being shut inside bars by people who claim to love,
Of not being good enough,
Of children who take me for granted,
Of Somesh who with his job in the city, comes home only to fulfil his needs,
Of Saansu who thinks Mrs’ Sharma’s bahu makes better fritters,
So, I ran, courageously, endlessly and as far as I couldn’t imagine,
I had a nightmare, more like a satisfactory dream,
I was running relentlessly, with naked feet on the tartar.
With devotion,
Sukshma

Previous poems in the series: Unturned, Kitchenette, Silk Veil, It is a good day, Ma, Witch of the night, Bangles, Violated