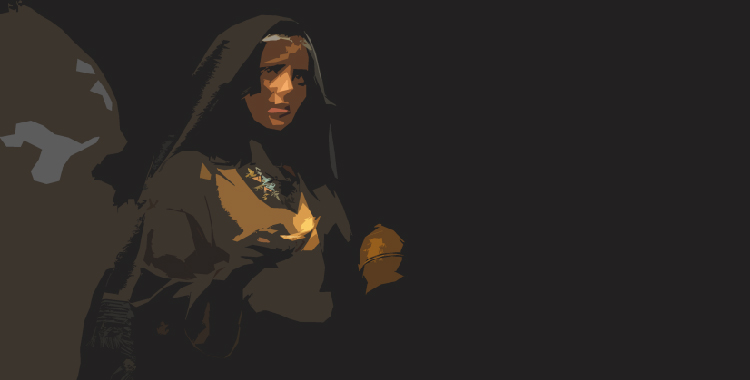 Dear diary,
Delhi
Witch of the night:
I see the old lady with a pale face through the window of my room,
She sits still, frigidly, immobile,
Looking at the flaking mauve wall, as if de-mystifying an age-old mystery,
Sometimes she is a curiosity, other times the witch of the night,
Saans and her friends’ hearsay, ‘Her feet are twisted, her eyes are squinted.’
With lanterns held about, I peep like a child investigating a new toy,
Meddling isn’t my business, but what if the lady voodoos like they say,
Prying, waiting for her to cast a spell,
To witness the magic, they claim, myself,
Alternating my eyeballs between the children who lay in beds, warmly,
And her, who sits pondering,
Then, mocking my own gullibility, I scold myself,
There she is, possibly in agony,
Deserted by the society or crippled in illness,
Haunted by the wounds still sore or the evil of death,
Tormented by customs or drilled to conform,
Husband, sons, fathers, or everyone else around,
Tested for strength or pushed to the edge,
Perhaps, we are same, sisters in pain,
Both yield before them, who fail, abuse and bruise,
For who is different, a woman, is a curiosity,
If you understand, a woman of character,
If the answers lie in perplexity, unacceptable to the society,
Where had I been looking?
Within, I found the witch of the night.
With devotion,
Sukshma

Previous poems in the series: Unturned, Kitchenette, Silk Veil, It is a good day, Ma

Photo by Gift Habeshaw on Unsplash