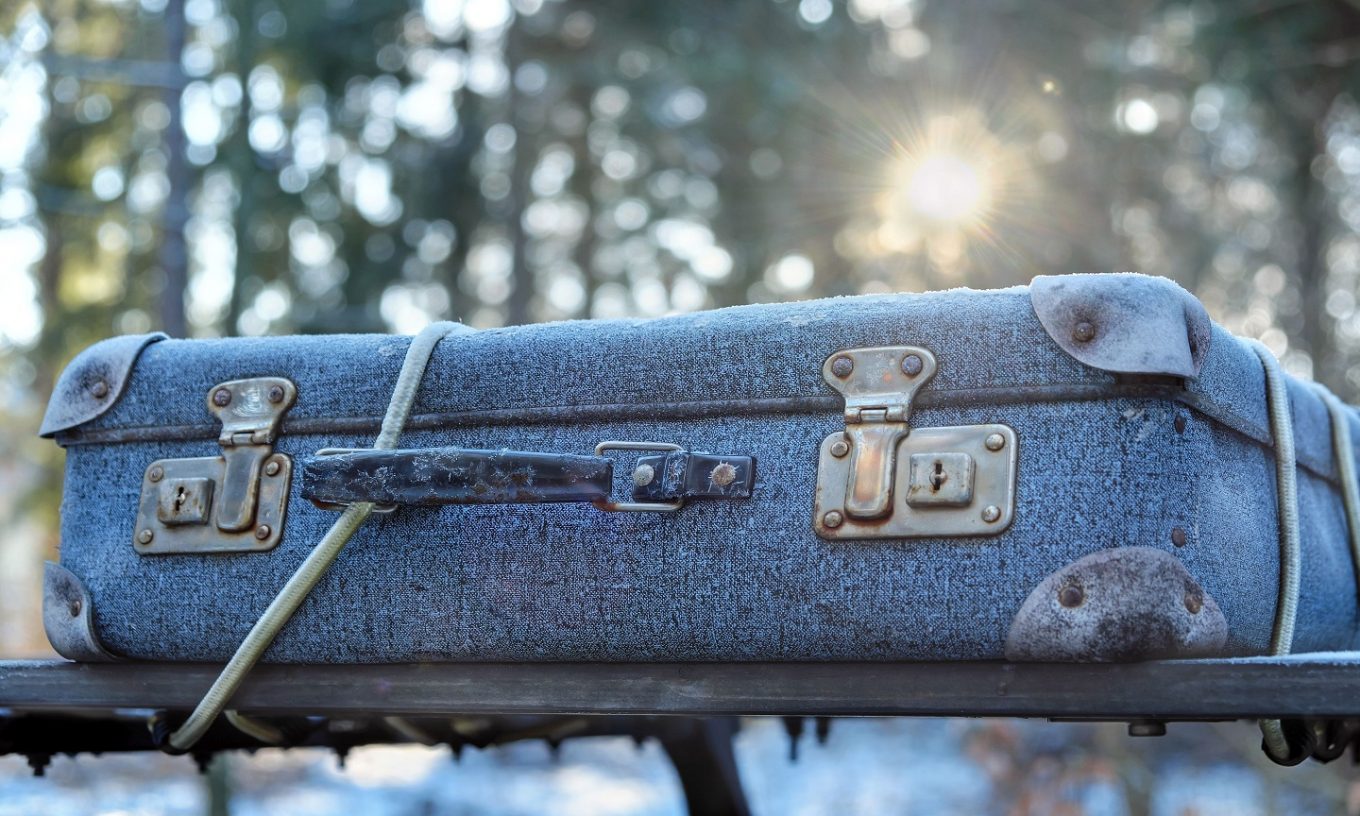 There were chimpanzees in our back yard.

Oops, I did it again.  Chipmunks.  A dozen of them, constantly scurrying across the lawn from the sparse patch underneath the birdfeeder to a crack in the cement steps leading up to our porch.  We had one cutie there last year; now there’s an extended family—first cousins, second cousins–all of them taking turns digging in my potted plants.

We used to go to our cottage in the country only on weekends.  When Covid hit, we were already retired, and so we spent most of our time there.  (The city was pretty much shut down.)

The busy little critters were fun to watch, but they had become destructive.  A neighbor loaned my husband Bill a “Havaheart,” a humane live-animal trap.  In the middle of the contraption, there’s a dish for a pile of peanut butter.  A chipmunk steps on the dish to get to the delicacy and the door slams shut behind him.  It took fewer than ten minutes to get the first one.

I could barely look. “Now what?”

“I’ll take him a couple miles away and let him go,” Bill said.

“Poor little guy must be scared to death,” I said, willing at that moment to forgive every transgression of every flowering pot on my porch.

“Does he look scared?”  Bill asked.  He pointed to his catch, nibbling as fast as he could at the peanut brittle. Sorry, peanut butter.  His cheeks bulged.

“Let him go.  Don’t separate him from his friends.”

“That’s ridiculous,” Bill said.  I stomped back into the house, my stomach churning.

Fifteen minutes later, Bill reported, “They’re at the Ritz.”  He’d found an abandoned home site with an old stone silo, some high grass and a row of dense bushes.

The next capture followed within minutes, and then another an hour later.  At my insistence, Bill took them all to the same spot—he had me go with him so I’d know for sure.  The next day, another four of the clan went to the Waldorf, a new site Bill found a mile away from the Ritz.

We had a couple little guys left but they stayed away from our porch.  That could be my wishful imagination, which, I will admit, has been playing tricks on me lately.  I ask Bill what he wants for golf when I mean dinner; say I am going to the boat when I mean the store.  I would worry, but Bill says I just need to pay more attention.  But I do note a look of sad concern.

So then today Bill said he thought we ought to terminate our lease in the city and move to the country full time.

I am not ready for relocation. Bill says it’s a progressive disease; that’s why we are doing it now.

I know how the chimpanzees feel.

Photo by Ilona Frey on Unsplash

After more than 40 years in downtown Chicago, Mary Hutchings Reed and her husband Bill Reed moved to Walworth, Wisconsin during the pandemic, where they cohabitate with all sorts of wildlife, from chipmunks to sandhill cranes. Mary is the author of four indie novels and a collection of short stories, Kind Eyes, all available on Amazon. Her fiction has appeared in The Tampa Review, The Florida Review, Ars Medica, The Ligourian, Hemingway Shorts (Vols. 4 and 5), North by Northeast, and r.k.v.r.y.