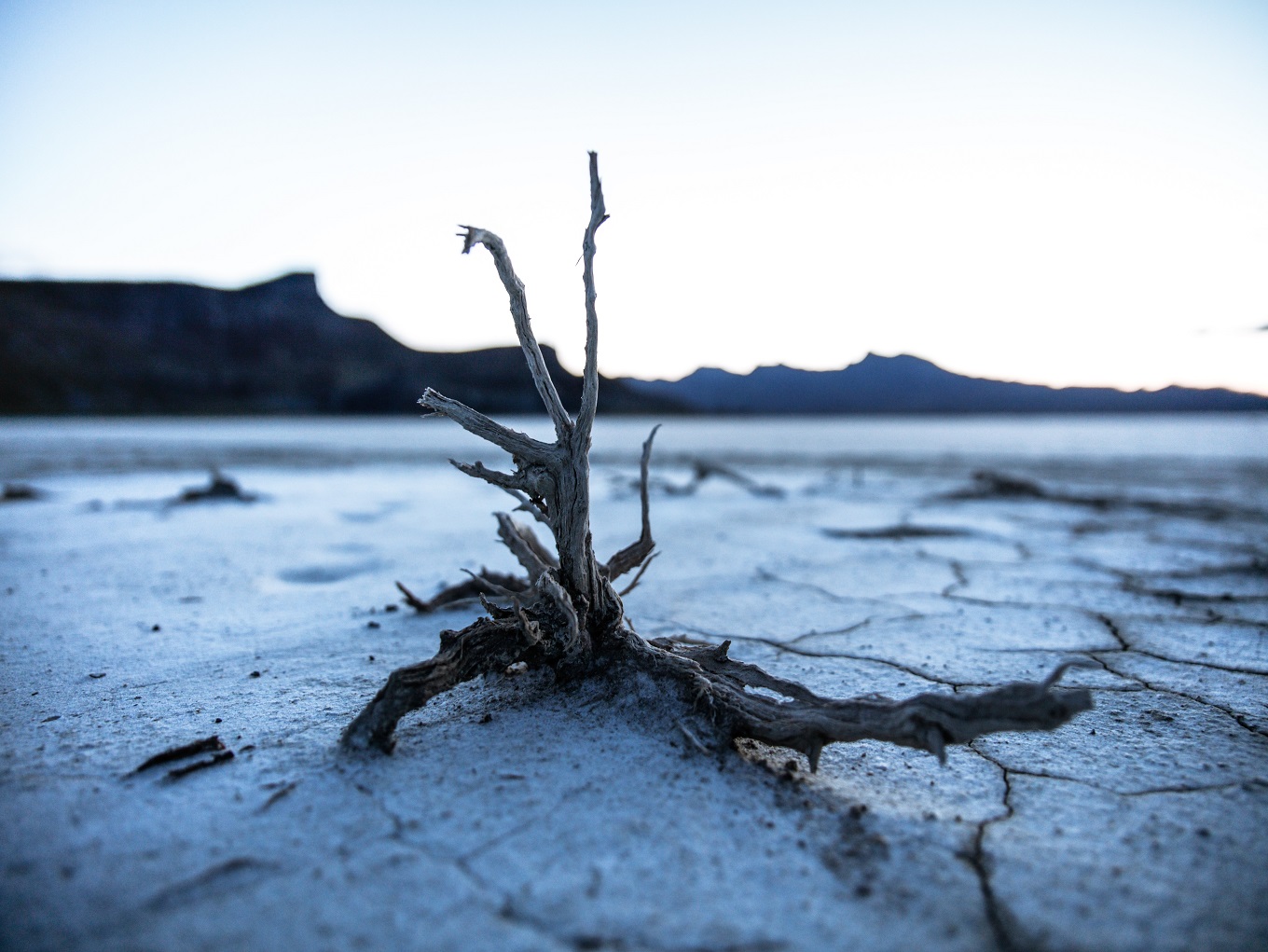 Sixty miles northeast of the next city, Jordan walked. His stride was determined but stooped, along the shoulder of a country road south of the desert badlands. It was the year of strange weather. Whirring blades of Chinooks above him, he rehearsed a monologue sometimes, in preparation for a testimony he felt would be demanded, soon. “It was a time of departure,” he said. “Separation became the condition,” he added, and it was chronic: buildings from foundations, ozone from atmosphere, child from parent, holy from everything else—until the idea of anything whole felt like a sort of make-believe co-opted by the merchants of Christmas Cards and Holiday specials.

There was snow in Gainesville, in Imperial Valley. Avocado groves froze in LA; Las Vegas windshields iced over; birds fell from the sky. Scientists collected bodies in bags. They puzzled and probed, offering waves of analytics to the cameras. “We can only speculate,” they announced. Data was entered; theories sprouted like desert wildflowers after a wet winter. A sonic boom was not ruled out. Skies were tested and declared clean, relatively speaking. But consider this report: a motorist returning from a party had swerved to avoid a flock in the road. Following the impact, a young woman’s blood congealed with strewn feathers over asphalt among wisps of purple boa and gasoline pools. Elsewhere, dead fish collected on the shores of the desert sea. In Baja, there were floods in so many cities simultaneously that twenty-four-hour news cycles struggled to keep up. People waved from rooftops; families traversed Broadway in John boats. The bloated bodies of elder pets floated in hallways of their absent keepers. What was the latest body count, for which disaster? Excess of numbers made new data irrelevant.  Eyes watered; noses itched. Aftermath stories began to sound scripted: waters receded; mould proliferated; spokespersons announced plans to rebuild. If this was not the end, then what? Tides rose, of water, militias, prophets, cults— but mostly these felt like dull pressures in the skull. The living took capsules in the morning and moved on. They kept extra water on hand, locked the doors, bought insurance. Some didn’t. Choices simplified: hang on or let go. When the right rains came at the right time, dormant seedlings burst. They flowered, seeding rapidly; species best suited for survival in this region had evolved to wait as long as necessary for conditions of growth to return.

Walking, Jordan felt his own form lit by pinpoints of light, tiny as pollen and fleeting like the shivers of early-morning sex dreams. He tasted salt between his lips. Flat on his back, face open to stars, he almost cried out.  Instead, he breathed, trying. He coughed at length and was still again: with the wind, its departing hush, the Chinooks overhead, the moan of eighteen-wheeler j-brakes, and somewhere, the cry of a hawk. He rose, walked, a procession of one through the dark, toward the next place of rest. A voice of vague origin insisted: march.

Photo by Patrick Hendry on Unsplash

Stacey Johnson is a recent MFA graduate of San Diego State University. Her work has appeared in The Adirondack Review, Pacific Review, Oyster River Pages, and Fiction International. She lives and teaches in San Diego County.