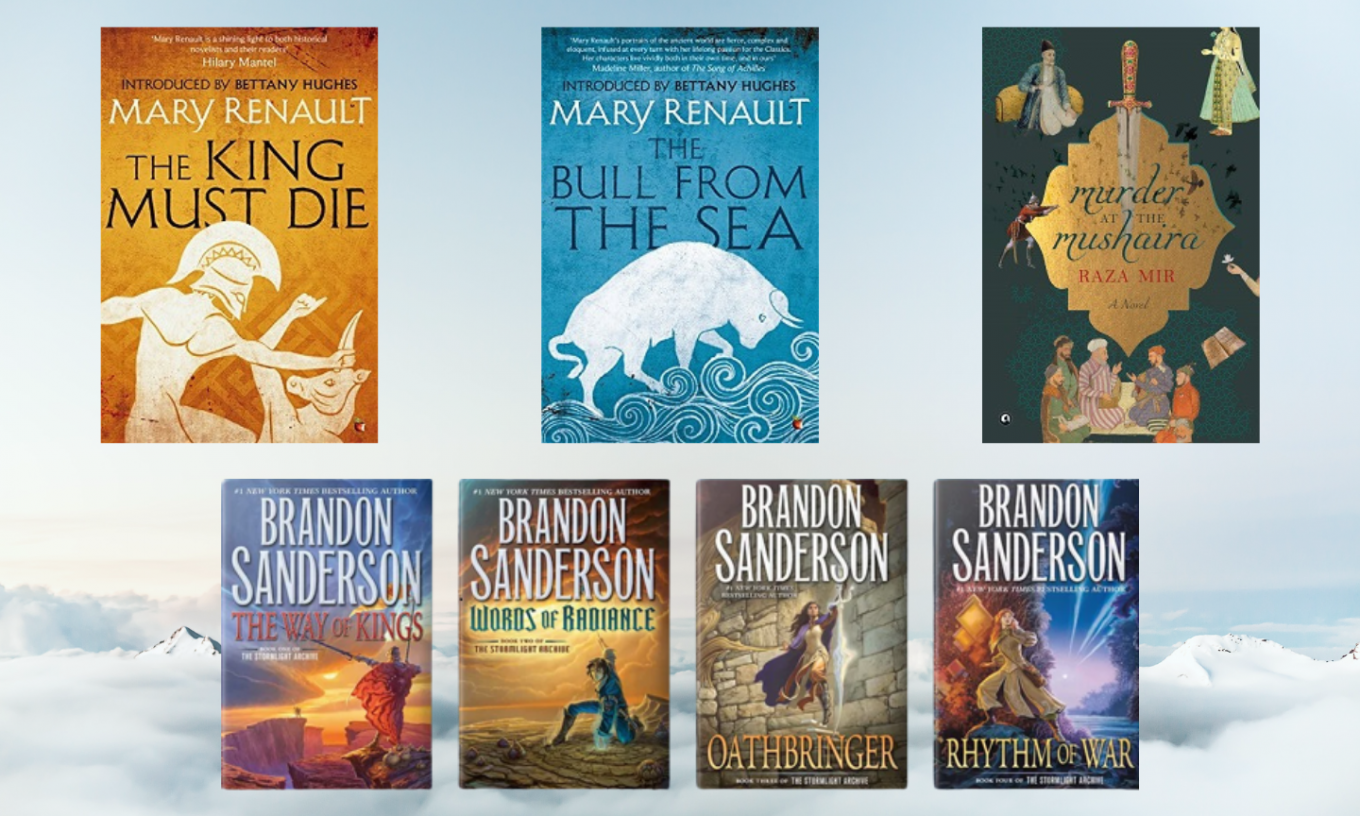 In these two books, Mary Renault retells the story of Theseus, Greek hero and demi-god, not as mythology but as history. Her writing, rooted in her deep passion for the classics, brings the legend vividly to life. In the first book, we travel with Theseus through a world still in the making, wild and untamed, and sail with him on a tribute ship to the glittering island of Crete, to the red-pillared palace of Minos in Knossos. The bull court, seen only in faded frescoes in museums, springs into full colour – the death-defying bull dance, glamourous and dangerous; Minos, terrifying in his bull mask; Ariadne, remote, beautiful, and passionate; and the bull-necked Minotaur, ruthless and cruel.  The second book begins with Theseus’ return to Athens, to find his father dead and himself king. Along with the demands of holding together an unruly kingdom, come the dual challenges of war and love, in the form of Hippolyta, queen of the Amazons, and Phaedra, daughter of Pasiphae, sister to the Minotaur. Theseus’ world is a world full of darkness, of heartbreak and labyrinthine intrigue, yet ablaze with courage, hope and, of course, heroism.

A detailed introduction by Bettany Hughes adds background and context to the books.

Must-reads for lovers of history and mythology.

The Stormlight Archive by Brandon Sanderson

The first four novels in the series:

Brandon Sanderson’s epic series is the best I have read in a long time. Sanderson is that rare gem of a fantasy writer who hasn’t borrowed from Tolkien and whose world-building skills come close to the master’s. The planet Roshar, circled by three moons, is regularly wracked by fierce storms known as highstorms; these determine not only the rhythm of life on Roshar, but also its very form. We are introduced to this world at a time of great tension – war is looming, and only the Knights Radiant can save the day!

Sanderson’s novels must be read with time in hand. He builds his world in loving detail and reveals his characters one flaw at a time. The journey through Roshar, though long and winding, is worth every minute of one’s time.

At the time of writing, he has published four of the ten novels he has planned for the series.

Murder at the Mushaira by Raza Mir

Set in Delhi in the tense and heady days of 1857, this is one of the most exciting works of historical crime fiction I have read in recent times. It has all the elements of the classic whodunit– there is the gory corpse, mysteriously dead, a slew of possible suspects, and a veritable shoal of red herrings to bemuse and confuse. And there is, of course, the brilliant amateur detective – who is none other than the celebrated poet Mirza Ghalib! The setting and the author’s unusual choice of sleuth caught my attention and held it. Mir’s extensive research on the period and his deep knowledge of the life and works of Ghalib are evident in every word of his novel.

Rohini Chowdhury is an established literary translator and the author of several children’s books. Her published writing, in Hindi and English, covers a wide spectrum of literary genres including translations, novels, short fiction, comics, and non-fiction. Her translations include the seventeenth-century Braj Bhasha text Ardhakathanak, the first autobiography in an Indian language, as well as Tulsidas’s Ramcharitmanas, the sixteenth-century retelling of the story of Ram. She also writes Eaten by a Fish, a newsletter on Indian literature.

She is published by Penguin Random House India, Scholastic India, and Rupa Publications.

Rohini is also interested in the preservation of folk literature and traditional stories and runs the story website www.longlongtimeago.com. She also writes The Story Birds, a story newsletter, with writer and illustrator Shaiontoni Bose.