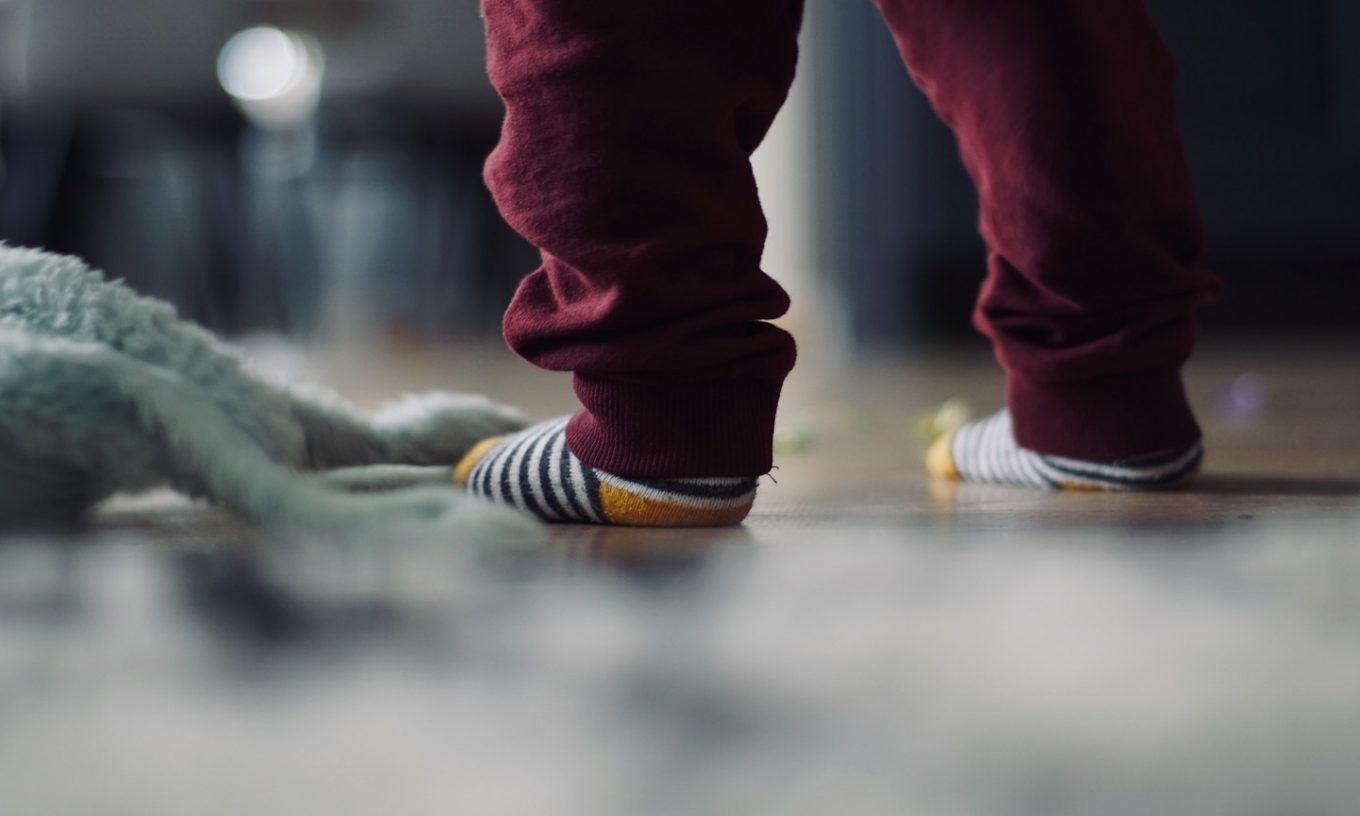 Maybe the woman holding the child was too close to the pier’s edge. Way too close for way too long. Maybe that is what the shopkeeper told the police when she phoned in response to the Amber Alert. Perhaps the ginger-haired artist who owns the Rare Button Shoppe – herself the mother of a curly-headed toddler – feared for the child on the pier.

Maybe the elegant button-maker carried the child to her prize button collection: zoo animals formed from porcelain. Maybe wide-eyed, the toddler pointed and whispered, “Panda, tiger.” Perhaps the shopkeeper gave the panda and the tiger to the child. Maybe this graceful button-artist wore a woven lavender smock latched with the same soap-stone buttons the grandmother bought.

Maybe, later, the grandmother spotted the shopkeeper watching her from the button shop window. Perhaps that’s why the grandmother put the child back into the stroller and walked away from the pier’s edge.

Waiting in the café, Rose presses her forehead to the cool window, breathing fog clouds onto the glass. The hostess, who delivers the steaming bowl of café au lait with a foam heart floating on the surface, reassures Rose that she is on the alert for her lunch party.

Rose inhales the delicious mixture of coffee, nutmeg, and cinnamon and traces the floating heart with her finger until it breaks into dots of cream and one tiny swirling tornado. At that moment, less than 20 minutes into the wait, watching the cream spin, Rose tastes a familiar sourness in her mouth as her stomach twists.

At 26 minutes into the wait, Rose wonders if she invited this game. Did she set in motion that old Charlie Brown-Lucy scrimmage?  The one where Charlie wants to play, and Lucy wants to hurt?

At 27 minutes into the restaurant wait, her heart beating furiously, Rose recalls her mother’s Saturday morning rampages. The ones where Rose made peanut butter sandwiches and stashed her siblings safely into the car parked in the driveway – inventing and orchestrating a fantasy trip to the beach.

At 32 minutes, body vibrating, Rose recalls the policeman’s stern lecture delivered decades ago, warning her mother that it was against the law to leave tiny children alone at home even if the parent was attending morning mass.

The hostess, alarmed by Rose’s obvious distress and well-schooled in the Emergency Protocol of Grandville Island, calls the police.

Rose is astonished at how quickly the shopkeepers on the Island cooperate with the Amber Alert. She feels deeply grateful that the petite raven-haired police woman with the walkie-talkie shares every hopeful report as the two women sit on a rain-soaked bench beside False Creek.

Yes, the manager of the yarn shop did spot an older woman with a toddler, as did sales people at the art supply warehouse, the printer at the print shop, the actors working the puppet show, and the artist who owned the Rare Button Shoppe.

Rose peppers each reported sighting with her own private, frenzied speculations: an imagined heart attack, a massive stroke, perhaps early Alzheimer’s. Then chilling visions of a woman floating face down in False Creek or laying on a stone path, her head split open. In each nightmare vision, the toddler is buckled into his stroller, screaming, or worse.

The diminutive officer sitting on the bench beside Rose explains her role as Director of the Domestic Violence Unit. After a long wait, sometime around 3:00 in the morning, the officer’s walkie-talkie squawks to life. The movie theatre manager closing for the night has discovered a woman and a sleeping child.

There is more waiting on the bench as the EMTs, and the D.V. officer conducts their examinations. Then, the D.V. officer carries the sleeping child past vehicles, wild with flashing lights, and places him gently in his mother’s arms. Rose presses her child to her heart, rocking the little one. Her body buzzing with relief.

The judge, awakened so early in the morning, growls “fuck” many times until, composed and coffee-ed, he rules on the law. “This court is Canadian. The child is American. I will let the child’s mother decide.”

“Decide what?” Rose asks, rocking from foot to foot, snuggling the exhausted child. She looks over her shoulder at her mother, pouting and mute in the back seat of a police vehicle.

The Judge snaps back, “Decide if the old woman goes to jail charged with kidnapping – a ruling that would be mandatory for Canadian citizens. Or, send her back to the States where the problem belongs.”

Rose’s heart pounds – as sore as if stabbed. Her mind floods with images of the Vancouver vacation weekend. Museums, boat rides, the zoo, the feast at the Spaghetti Factory. Mounds of spaghetti capped with parmesan cheese. Steamy air perfumed with garlic and tomato sauce. Wine goblets clinking, giddy toasts. A thrilled toddler, crashing his sippy cup into the bouquet of glasses. Her mother—smiling, laughing.

Rose strains to remember. Perhaps her mother had bristled when asked to babysit that morning while Rose gave a keynote address. It was only a two-hour speech, but her mother must have bristled. Perhaps that was the reason for all the mess. Or was it that the rest of the vacation had gone so well?

Rose had spent nearly a day and a night hijacked by terrifying and confusing possibilities. But at this moment, she was confident of three things.

She did not have the funds, the time, or the desire to stay in Vancouver and prosecute this case. And, to be honest, she did not have the guts. The guts to lock her mother in prison or commit her to the Psych ward or jail for what the judge speculated could be a term of three years.

She had a life. And in that life, she had a beautiful boy to raise and classes to teach on Monday morning. Game over. The woman would have to punish or fix herself.

The petite Domestic Violence officer took hold of Rose’s arm. Then eye to eye, she delivered an order, “Let her go!”

Rose took in a deep breath. A breath filled with the sweetness of a new morning.

“I will let her go,” Rose vowed, her body relaxing into freedom.

Pressing her sleeping son to her heart, she kissed his curly head.  He stirred in her arms, his tiny hand squeezing a panda and a tiger.

Photo by Sven Brandsma on Unsplash

Panda and Tiger is based on a true story.