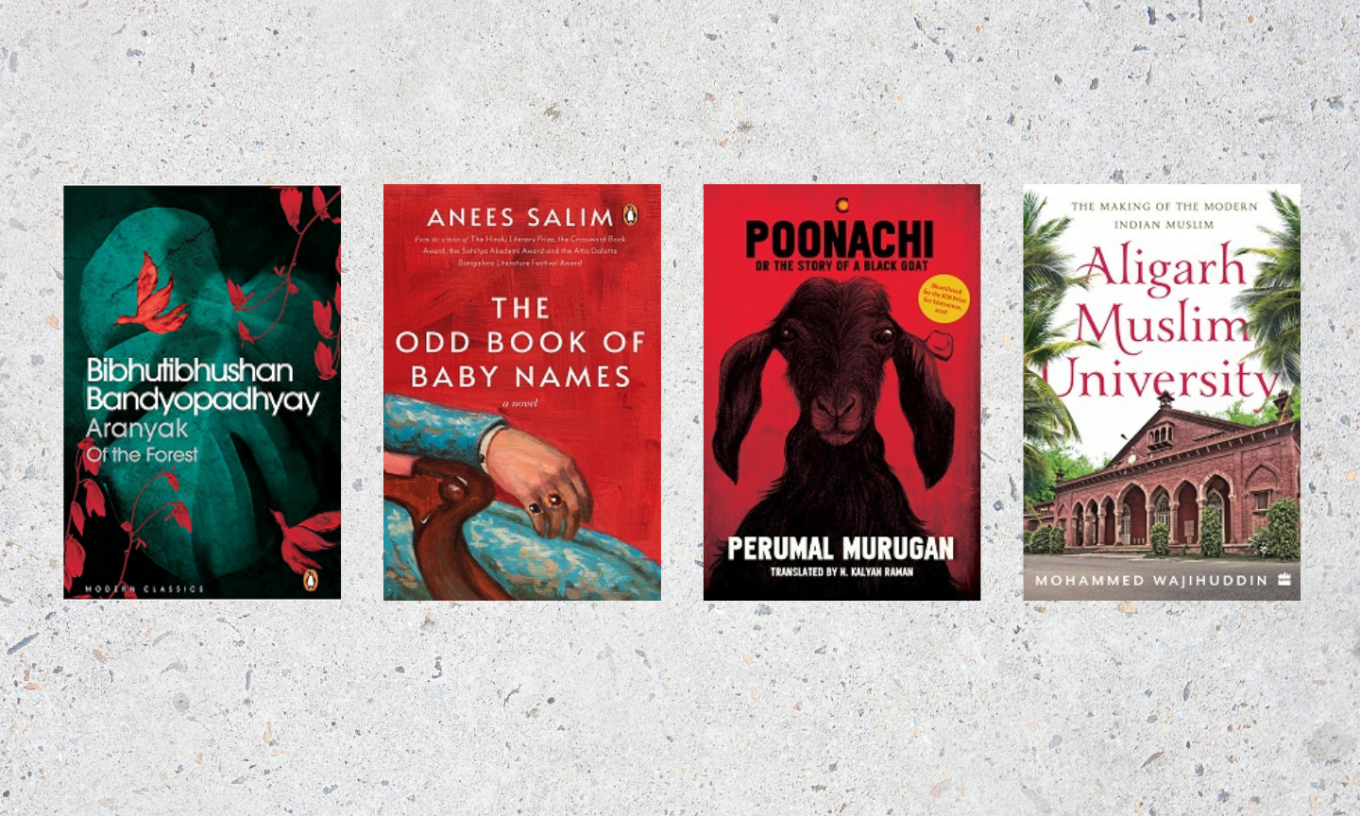 Of the Forest by Bibhutibhushan Bandyopadhyay, translated by Bhaskar Chattopadhyay

Aranyak, written in 1939, is a famous Bengali novel by Bibhutibhushan Bandyopadhyay. Reading this novel, one can imagine how millions of people, especially the working class would have lived in northern Bihar in the early decades of the last century. ‘Aranyak’ literally means ‘Of the Forest’ and the novel depicts how nature, especially forests play a role in one’s life. Bibhutibhushan Bandyopadhyay is considered one of the greatest Bengali novelists of all time, whose other famous work is ‘Pather Panchali’, 1929. ‘Of the Foret’, is translated from the Bengali by Bhaskar Chattopadhyay and published by Penguin. A must-read novel. It illuminates in front of us man’s relationship with nature and how a man perceives himself in the lap of nature.

The Odd Book of Baby Names by Anees Salim

Reading this novel is a sort of pleasure that ignite many thoughts about one’s existence. The novel is complex and touchy at the same time. Anees Salim is an experienced author now; he knows how to convert a story into a dream or to make it serious and intriguing by mere use of a narrative technique.  A reader is amazed by seeing how a wonderful technique is being used by the author to unfold the drama of lust, inheritance, and sorrow. ‘The Odd Book of Baby Names’ is a story about a king (or about one of the last kings of India) who maintained a diary to keep records of his offspring. The story is about his children, their memories, and the memories associated with the diary.

Poonachi or The Story of a Black Goat by Perumal Murugan, translated by N Kalyan Raman

Through a goat, a lonely goat or an unfortunate goat, Perumal Murugan has created a fable that reflects the equilibrium of the society and shows how the feeble and weak suffer, and the methodology of power, and bureaucracy that suppresses the feeble.  Originally written in Tamil and translated by N Kalyan Raman. The novel begins abruptly when a day-one-goat-child enters into the life of an old couple who is also in a way suffering from loneliness. It is said that Perumal Murugan knows animals closely and that is visible in this novel too.  The story sensitizes readers about instincts, about our struggle to live and survive in the brutal times.

A non-fiction work comprised of 10 articles discussing the inception of AMU and how it played a significant role in the making of the modern Indian Muslim. AMU completed a hundred years in December 2020 and in this period, it has helped the community, devasted in the aftermath of the Revolt of 1857 for new challenges and come out of the debris of the past glories. It discusses the inheritance of the founder of AMU Sir Syed and how AMU has been a bastion of liberalism, progressive movement/thinking, and a hotbed of Islamists at the same time. Mohammed Wajihuddin is a known journalist and we can feel a flavor mix of journalistic and academic prose in this book.

Rahman Abbas (1972) is an Urdu novelist and the winner of India’s highest literary award the Sahitya Akademi Award for the year 2018, on his fourth novel ‘Rohzin’, (The Melancholy of the Soul). Rohzin has been published by Penguin India in April 2022. Rahman is also twice the winner of the State Sahitya Academy Awards. He is the author of nine books including five novels. 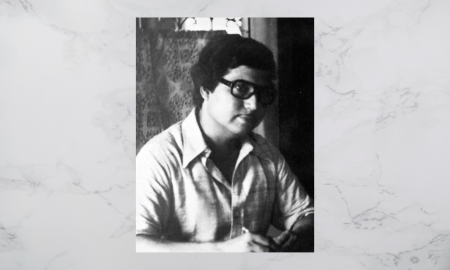 3 Poems by Monibhushan Bhattacharya in Translation

Monibhushan Bhattacharya was a major poet who transformed the language of Bengali poetry in the late 1960s and early 1970s. His poems were published in famous literary journals including the Buddhadeb Basu edited Kabita, Porichoy, Chaturanga and Purbasha.
Read More