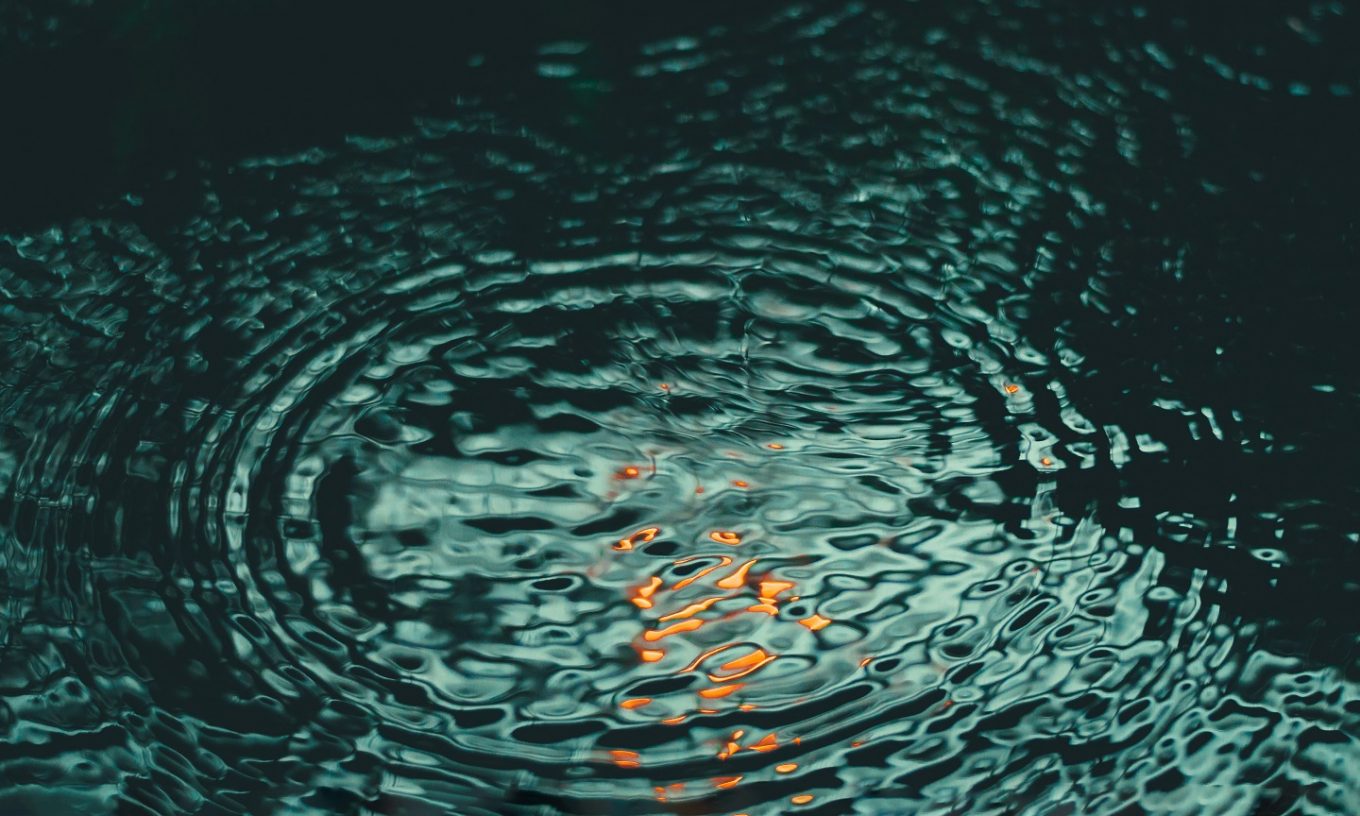 Each day, after breakfast, but before lunch, I’d see her old car making its way up the dirt road, great clouds of dust surrounding the machine like a pronouncement from God. As the car got closer, I could see her small body, rigid with purpose in the bench seat, two gloved hands gripping the top of the steering wheel like a lifeline. I could only ever see the side of her face, of course. Famously focused behind the wheel, Mrs. Munro’s eyes never left the road, not to take in scenery or wave hello to one of us few neighbors. Her profile, in her town dress and hat, mouth in grim concentration, was as unmoving as one of the statues outside the county courthouse. It amused me, watching her sail by in that old Buick.

My nature, even as a young person, was to be curious. Or nosy you might say, depending on the subject of interest. I became curious about Frances Munro that summer, when I was 14 – too old for games and toys to occupy my mind but too young yet for any serious or successful pursuit of the mysterious games played between grown men and women. I began to wonder just where Mrs. Munro headed those days when she passed our farm. I knew it wasn’t for groceries or such. My friend Harpy had taken on the job of delivering things to her from town and was making good pocket money for his troubles, which were legion, to hear him tell it. It was well known that Mrs. Munro hated driving. She had had several rather notorious fender benders and other than these daily forays, she was driven by a friend or she didn’t leave home.

A hot afternoon of barn painting set my mind to turning over the mystery of these car trips in my mind when it occurred to me that they only happened in the summer. I knew this from the days I played sick from school, only to be enlisted to work on some job or another outside that needed doing. I couldn’t remember ever seeing her go by on those days, though back then Mrs. Munro and her driving trips were not yet an object of my obsessive curiosity.

It became settled in my mind at one point or another that I was obligated to follow Mrs. Munro at least once if I ever wanted to find out where she went and what she did when she got there. The fact of following her and the necessary techniques and precautions became a kind of steady background music to all other activities. It filled my days with a purpose that I relished with a large portion of private embarrassment. It would be logical, endearing even, for a person my age to be obsessed with someone my own age of the opposite sex, I realized.  This curiosity with Mrs. Munro could only be seen as bizarre at best, demented even. Logically, I mentioned my interest to no one and proceeded with plans to have our truck ready and running the next time the dust clouds formed down the road.

I knew that I would have to abort the plan if my chores weren’t yet done or if it rained. Our old truck would be easily seen and recognized without the road dust of a dry day. As luck would have it, Friday dawned hot and clear and I was able to finish up my chores in short order. I made my excuses to Dad and hopped in our old Ford, making a show of rooting around in the glove compartment. At last, I glimpsed the cloud and turned the ignition.

I learned valuable information on that initial attempt. First, don’t have the truck waiting at the end of the drive. Mrs. Munro very politely stopped on the old dirt road and pantomimed her insistence that I go ahead of her. I tried insisting that she go ahead, but that resulted in her blaring her horn, which I knew would bring my dad out if I didn’t put a stop to it. I had no choice but to go ahead and try following her through my rear-view mirror but, of course, I eventually had to look forward and when she turned off, I couldn’t turn around in the middle of the road due to our town’s one police car coming up the road towards me. I waved to Johnny Garrett as he passed by, and he whooped his siren at me for fun. By the time I was able to do a legal turnaround, I was faced with the fact that a 65-year-old woman had bested me.

Another aborted mission yielded more valuable information:  her destination seemed to be the old Hanson farmstead, which had been sitting vacant for the past two years after old Mrs. Hanson had finally died. It had been bought by an unknown party, but nothing had happened with the buildings or the land. Once I saw her turn down the long drive to the Hanson place, I knew there was no following any further without being seen.

So, the next time I left the truck at the old Esso station just before the turnoff leading to the Hanson place, pulled my bike from the bed of the pickup, and pedaled the rest of the way.

I had readied a back story, in case Mrs. Munro saw me before I saw her:  I would shamefully admit that I had been coming to the old house because it was abandoned. I knew I shouldn’t be there, and I’d never go again and please don’t tell my dad.

As it turned out, I’d have no need of the story and no chance to tell it. I stayed close to the trees that lined the long drive curving back to the old farmhouse. I couldn’t see the old Buick and there was no sign of Mrs. Munro. Afraid to get too close to the house, I abandoned my bike and walked a slightly westward route, hoping to observe the house from behind. Just when I started to curse myself for obsessing over what looked to be a fool’s errand with – what’s worse -a boring explanation at its core (turns out, Mrs. Munro is keeping the house up until the new owners arrive!), I heard the sound of splashing water.

Thankfully, the Hanson place had more trees than most and, with two years’ neglect, plenty of overgrown grass. Carefully, I made my way in the general direction of the sound, which seemed to come from behind a line of outbuildings. I craned my head around the side of the furthermost outbuilding and there it was:  a rather sizeable pond surrounded by willows with a wooden diving dock at one end. I guess I was so taken with finding the pond that I lost track of the need to be hidden. Or maybe it was the fact that the pond was empty of any creature that may have created the splashing sounds.

At least I thought it was. Suddenly, a great white flash burst the pond’s surface and revealed itself for what it was:  the completely nude, floating form of Mrs. Frances Munro. I should have run, but I was rooted to the ground as sure as if I’d been hit by lightning. The worst was yet to come. Perhaps it was the sheer unspoken force of my utter shock, but something caused Mrs. Munro to turn her head in my direction and there we were, face to face and eye to eye. My horror and burning shame slammed my soul soundlessly to the ground as waves of heat and cold coursed through my body from head to toe.

And yet, I found I could not look away when her eyes met mine. How many things passed between us in what surely lasted mere moments? Mrs. Munro and I traveled a universe that I will never forget in those seconds. Shock, disbelief, offense, embarrassment, shame, amusement, and – the one that stands out most clearly all these years later– pride that held a hint of a dare. That part I can never forget. In the end, I had been bested by a 65-year-old woman and I was never quite the same. For in that moment, her unclothed moment, she met me – head on – and did not look away. It was an ageless act and – as I sensed then in only the vaguest way, but now know with certainty – only infants and rare souls who have won their lost battle with the world can pull off an ageless act.

From then on, when that cloud of dust formed on the horizon, it was I who felt the need to hide. I would only show myself when I was sure the old Buick was past, watching the dust move further and further away. For I found that, ironically, the mystery of Mrs. Munro had only deepened with its resolution. She passed away many years later, just weeks after her 100th birthday. To this day, she floats, a watery image in my mind, ageless and daring as ever.

Photo by Biel Morro on Unsplash

Melissa Delaney lives in the middle of the U.S., in Olathe, Kansas just outside of Kansas City. She works as a Library Clerk and writes fiction and poetry in her spare time.