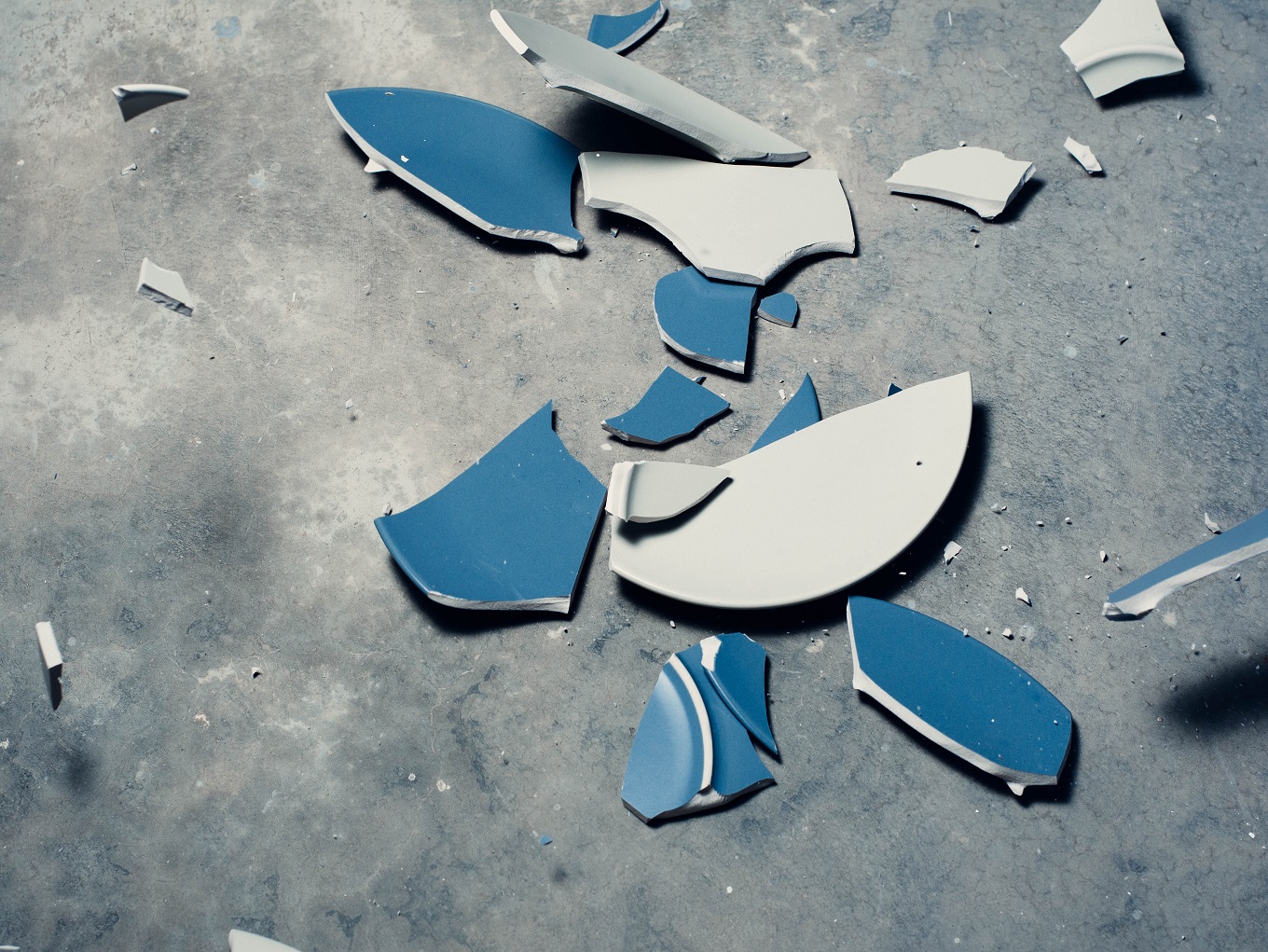 The cup broke into three pieces. There was no cinematic splatter of fragments; just a flat note of three sturdy pieces and a few splinters that fell dully on the floor. The cup was white with fuchsia-coloured tulips and olive green leaves imprinted on it.
Cleaning this mess was easy. The first piece included the handle and the part of the cup that held it; the second piece and third were unequal halves of the rest of its body.

It wasn’t mine. I don’t own anything here; except my clothes, shoes, books, and a fuzzy blanket. I had left my cups and mugs behind, the sky blue plates, teal curtains, some old sweaters. (Well. Not so much left behind as given away.) Pieces of what I had believed were intrinsically bound to who I was, defining me to people without my having to utter a word. They would see my things and inevitably form an opinion on what kind of person I was- My thought process, my ‘personality’, my taste, my principles. These would all be manifested in the material things I owned and surrounded myself with.

As I swept the fragments away, ready to throw them in the waste bin, Maureen asked me if I would instead place them on the shelf. She said she wanted to glue the pieces together and use the cup as a vase. I did as was told and placed the three broken pieces of the cup on the shelf. Next to three other broken cups, all intact, except for the handles and a few scratches here and there.

It’s been six months since then, and the cup remains on the shelf, still broken, still in three pieces, still not a vase. Today, I saw another cup, newly broken, added to the ensemble. They all sit there, part of the material evidence of who Maureen is, her thought processes, her personality, her taste, her principles. She won’t have to utter a word.

Photo by CHUTTERSNAP on Unsplash

Laurette Cavadita Dkhar is a former cabin crew. Born in Shillong, she took a detour from her plans of delving into academia when she attended an airline interview and was selected, back in 2010. Writing took a back seat all these years, but she now intends to bring it to the front again. She holds a Bachelor’s degree in English Literature and studied Literature at the Postgraduate level as well. This was, however, interrupted by her having joined the aviation industry. She has also previously, and most recently, worked as an editor/content writer/social media manager for a digital marketing agency. She now lives in Guwahati, with her partner, his mother, and their three cats.