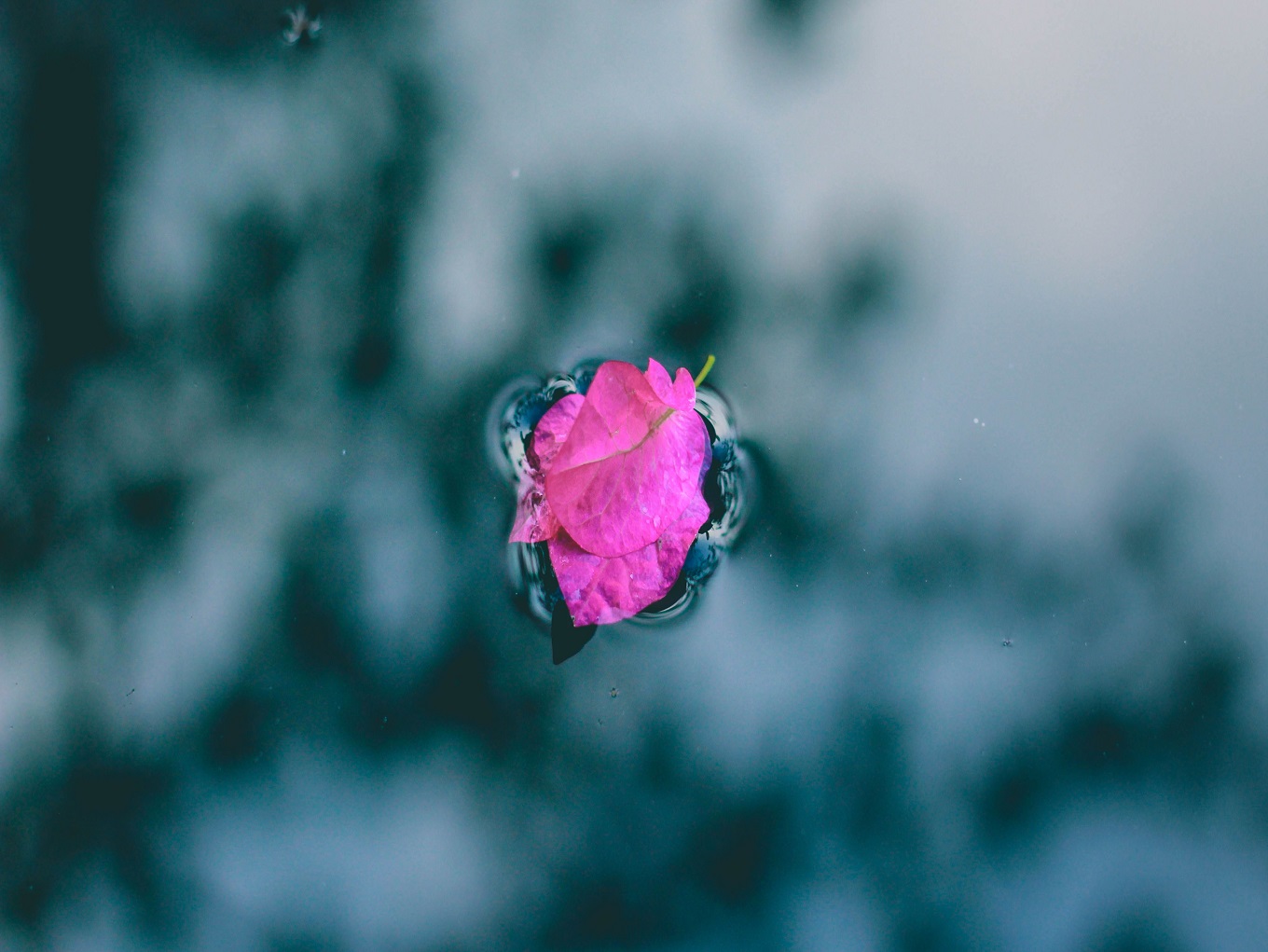 John Smith digs his heels into the carpeting and rolls his chair back on its wheels, arches his spine, his hands clasped behind his head, and lets out a long sigh of release and satisfaction. The books for Capitol Construction are done for the year. John has crossed every ‘t’ and dotted every ‘i’.

Still stretched out, he tilts his head to glance at the photos on the side shelf. His son had just turned eight in that one they took by the Potomac River. His daughter was clowning, scrunching up her face for the camera. They had all been free to be together that day. Going for a hike by the river, eating pizza, bicycling—a wide open day in which they could choose what they wanted to do. The kind of day for which John put in the long hours at work. He wanted them to have a family scrapbook’s worth of memories. Even in that fading color photo from nine years ago, the enthusiasm the children had for being with their parents comes through.

He breathes in deeply, feeling his chest muscles expand. Blood rushes around his shoulder muscles. He feels good. He’s going home now and will be able to be there for a while because he was told something this morning that he never knew until then: he’s non-essential.

The spreading virus has closed many construction sites, so there isn’t much accounting to do. Anyway, the big job’s done. The company is afloat even in this hard time.

Yes, a job well-done but, on the other hand, he never knew he was non-essential because the boss constantly looked to him to keep the finances of the company on track and good with the government, not to mention he’s always the key guy at the planning meetings.

On his way to the elevator John stops by the boss’s office. He leans into the open doorway. “Will you be needing me in the next couple of days?” The boss doesn’t look up from his computer screen. “No. We’ll let you know, but I doubt it.”

John walks down the hall thinking about how he will get to spend more time with his kids and catch up on whatever he’s missed in their lives while he was working long hours to close the books. Pressing the down button for the elevator, he is positively giddy about being non-essential.

At a red light, John Smith lets his mind wander. He turns off the reading of the mounting body count and the yammering buffoons on the radio and imagines the different meals he’ll prepare, like garlic butter baked salmon with crispy roast potatoes and asparagus, one of his family’s favorites. He’ll take it out of the oven on a flat tray and present at the table around which they will all be seated like on so many nights before. His wife will gaze at him with affection. His daughter will clap then step back and aim her phone at the fish, click, and enthusiastically add it to her social media with the heading “I love it when dad cooks!” His son will eat continuously until there isn’t a speck left on the plate. Then they will sit together and share each other’s news and successes. John and his wife will make helpful suggestions for resolving any challenges the kids are having. He and his wife had started these discussions way back when the kids were in middle school and continued them until recently, when John’s workload made time together rare.

Carried away by teary-eyed nostalgia and fired by a burst of enthusiasm for the coming days and the renewal of family tradition, John dives into the butcher shop, the grocery store, the farmer’s market, the bakery, only to emerge two hours later at his front door with four grocery bags worth of soon-to-be family dinners.

He places the bags on the kitchen counter, wipes the sweat from his forehead, combs his fingers through his hair to be more presentable, and methodically puts away the meats, pasta, cans of beans, and produce until the bags are empty. He hears rustling and talking in the living room and calls out, “Hey, I’m home! How’s everybody doing?” but gets no answer. Maybe they don’t hear him. He folds the bags and puts them away in the cupboard and goes to find his family.

He’s about to make his big announcement about the garlic butter baked salmon but as soon as he enters, he sees that such an announcement may come from left field. There on the living room couches his son and daughter sit surrounded by stultifying piles of papers. They don’t look up.

“What’s this?” their father asks.

No answers. He walks over to one pile and lifts a paper covered with detailed instructions for an online history research project.

His daughter’s rubs her anxious eyes under her glasses, “Ughhh! There’s so much stuff to do. Mr. Hansen is piling it on. And we have to start Zoom classes first thing in the morning…”

His son adds on to the doldrums, “…so unfair…I don’t get it. What to do first?”

John and his wife had worked hard to buy this home in a good school district and had stressed the importance of education, so their kids took everything that came from school with great seriousness.

He goes to find his wife, Susan, and let her know he’d be making a special dinner so that when everyone was hungry, they could sit together and plan for the coming quarantine. They’d dedicate time for everyone to share their feelings. He finds her upstairs in her home office. She is standing, talking animatedly on a wireless head set and looking over business papers. John can hear that she and her colleague are talking about ways to survive and even thrive during this new reality. Are there any new opportunities? his wife asks energetically.

When they first met, she was quiet. She didn’t shine at parties—she didn’t talk much and usually said ordinary things like “I’m really enjoying my new job.” Other guys overlooked her. Then a tornado went through the area and tore up several houses and downed many power lines. Out of nowhere, she took charge of neighborhood relief. He remembers watching her admiringly as she stood in front of the camera making appeals to the community and filling people with enthusiasm. Everyone rallied to her. So had she been in marriage, and even more so. Her suggestions for what to do with the kids in terms of schooling and outings were always spot-on and worked best for the family as a unit. Her input on what to do about purchasing a home helped the family avoid unnecessary costs. She came prepared to parent-teacher and always asked the one additional question that helped them as parents gain new insights into their developing children.

He gestures to her and whispers, “I’ll make us a nice dinner.” She puts her index finger across her lips, covers her headset mic, and whispers that she has already ordered dinners from Fresh Direct and that the kids had eaten earlier so she’d eat the delivered dinner later.

She has planned for everything. He taps the wall and nods his understanding. Leaving the room, he hears her voice animatedly presenting an idea about a potential growth sector. The evening is in good hands. He lets go the of the plans he had made. A feeling of nostalgia follows him down the stairs.

John Smith emerges from the bathroom the next morning. His wife is fully dressed for quarantine with her hair in a pony tail. No need to put on make-up. “Good morning, dear,” he greets her. She smiles. She’s not going to put in her contacts but when she puts on her glasses, he looks blurry, she can’t really see him clearly, so she removes them and wipes them off on her t-shirt before leaving the room to go to her home office.

John steps into the kitchen. His kids are busy pouring orange juice, pulling the waffle maker handle down then up, rushing over when the toast pops up—routines they have been trained to do since an early age. He greets them, “good morning, everyone! What a nice day to be together.” His son and daughter each have ear buds in and continue their morning circuit. His daughter waves “hi” to him with one hand and scoops up the dribble of milk coming out of her mouth with the other as she chews the cereal. His son is hunkered down on his waffles and eggs like he’s readying for a day of battle. His dad flits like a blur in their field of consciousness.

John doesn’t press the point of the morning greeting. He knows the stress they are under and admires their mature preparedness. The years of showing them how to toast, press waffles, pour juice and clean-up and then get off to school and not miss the bus or forget the book they have to return or the signed form they needed to turn in and re-assuring them that they can do it, has borne the fruit of mature responsibility–an early sign of a good adulthood.

John sits by the window, with a cup of cooling coffee and the unread newspaper folded on his knee. He is looking out the window, no real thoughts, no worries.

He walks to the hooks by the front door and removes the leash. The sound galvanizes Elmer to charge over, his tail wagging forcefully side to side such that his body wriggles as well. Out the door they go, Elmer pulling John down the block. He’s a big dog now, not the little puppy he used to be, trotting carefully by his master’s side.

They follow a trail through the woods, stepping over fallen logs and walking around a puddle of water and under protruding branches until they arrive at a lake. John lets Elmer off the leash. No need to keep him on it. Elmer runs on the grass with abandon, no longer looking back at his master but looking ahead as he runs his circuit and sniffs where he chooses.

John sits down on a bench and looks out. His fingers unfurl. No need to hold on anymore. The leash falls away. The lake surface reflects clouds and sky and sun. It is still. A swan alights on its surface, then calmly glides. Petals fallen from a tree gather lotus-like. The swan sticks its head into the water, eats something, and after a time of drifting unfolds its wings and lifts off and up into the air, leaving the lake behind.

Hillary Chapman writes history books, short stories, and songs, and is an acoustic blues guitarist/singer. Beginning with his first readings of Chekhov, he has been drawn to the potential that the medium had to reveal deeper truths through the unfoldment of an engaging story. He strives to write in a de-cluttered and stripped-down style—a result of his years songwriting—and tends towards the philosophical and spiritual in the themes he explores. 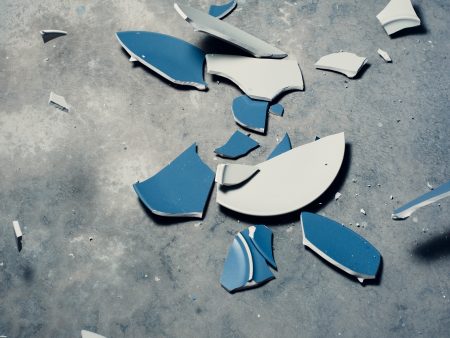 Who are you without your things?

The cup broke into three pieces. There was no cinematic splatter of fragments; just a flat note of three sturdy pieces and a few splinters..
Read More