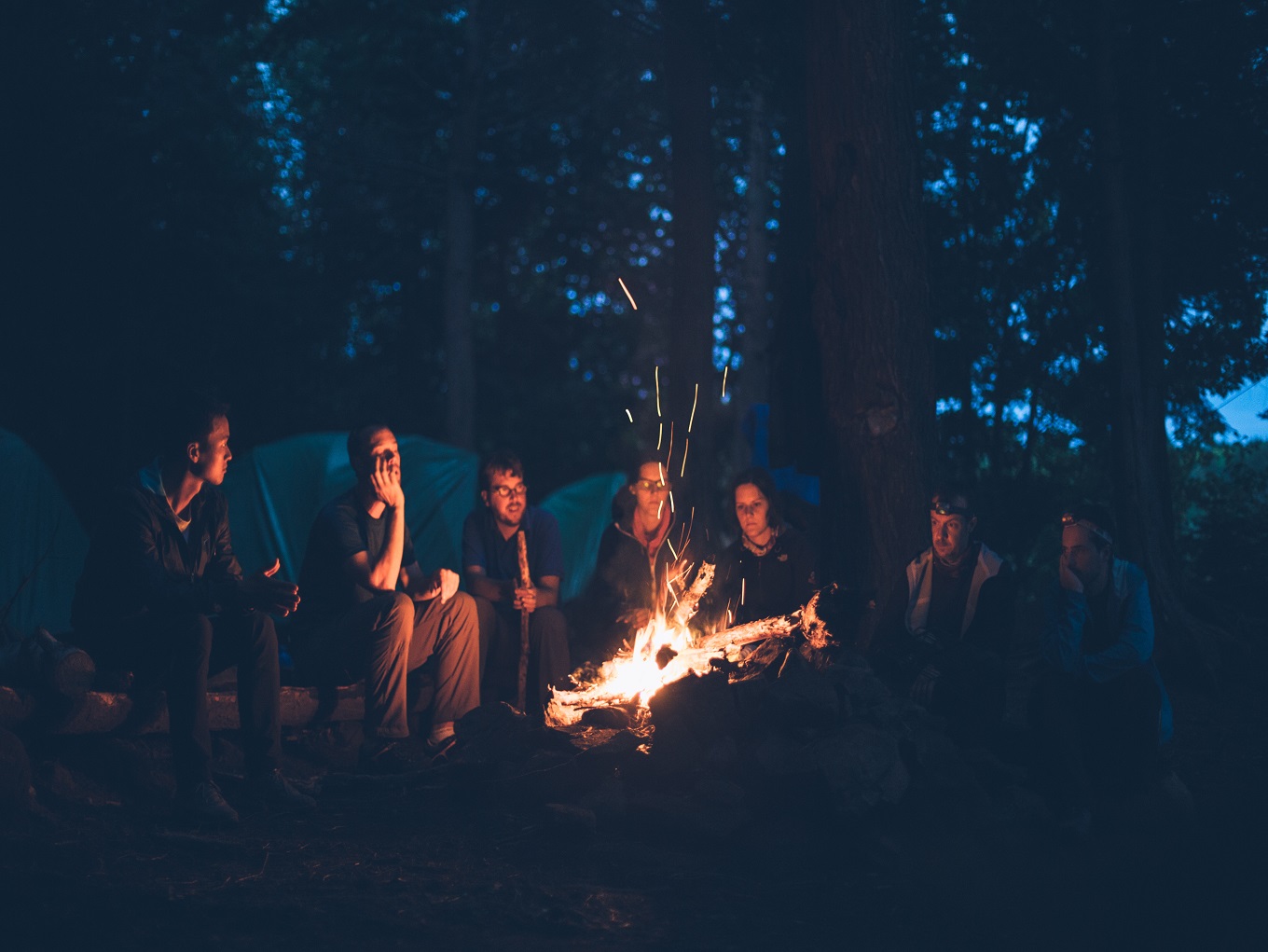 Sometimes I’d worry that the greatest thing about me, the thing the world would remember me for above all else, was Dad. Mom was great too, and I knew that, but Dad had a lot more kids than just the one he’d made.

So it was strange when he died. Early-sixties. Young enough to surprise and devastate my mother and I, old enough not to warrant any particularly astonished reactions from my coworkers.

Most of those in attendance at his funeral were younger than me. He’d started coaching baseball because I played baseball, but he hadn’t quit when I did. He hadn’t been that deep into fatherhood before he discovered the hobby he’d pursue in retirement wasn’t going to be fishing or flying model airplanes. For as long as I can remember Dad got his kicks learning things he could teach someone else. Dad got his kicks being a dad.

One minute I’m humming along to Billy Joel on the radio and the next kids from the little league team I used to be on are coming over for lessons on a 44-key electric keyboard. At a certain point in high school I found myself attracted to girls I discovered had met Dad the softball coach before they’d ever laid eyes on me. When I got my learner’s permit I was one of a dozen other kids he took out driving in the old truck that couldn’t have gone more than a hundred miles without getting an unneeded but educational oil change.

He was a good man, and I love him very much.

After the service we managed to lose a small flock of mourners in the transition to the reception back at what is now Mom’s place, not that you’d know it for all the wiggle room that was left in the tight corridors and packed kitchen. In the living room people sat two to a cushion on the couch, or bent up on the floor, nibbling on finger foods and reciting Dad’s Greatest Hits. For all the wiped cheeks and red noses there was plenty of laughter. That was a metric Mom and I could be proud of.

Like a leaky faucet the guests trickled slowly out of the house, usually leaving me with a hug and Mom with a kiss on the cheek. A lot of them had to get back to whatever colleges or jobs life had whisked them off to from our town. By the time the autumn moon crept up the sky I found myself reluctantly holding court in the backyard for the few townies that remained while Mom threw away paper plates and rinsed out empty bottles inside. It felt like delivering a monologue. Like wearing a mask. Like faking it. Like at any second Dad would come back out with a round of drinks and I’d hand the reins back over.

We’d lit a fire in the chimenea, the big clay bong of an outdoor hearth Mom had purchased at a craft fair years ago – a sort of front-loading fireplace with a chimney. Dad had initially hated on it because only those who sat directly in front of it could see the fire inside, but eventually he settled on nursing fires until they raged out of control and shot out of the top for all to enjoy. Under my watch I was content to keep the flames low and watch the glowing ashes float up to the moon. No one fought me on it. Perhaps they saw it as a fire at half-mast, though in reality it was less significant than it was lazy.

One of them pontificated on how he was pretty sure his own dad had been jealous of mine. How for a long time he was closer to my father than he was to his own, because my father wasn’t obligated to associate with him, but chose to. Dad, he liked to think, had been his first grown-up friend.

Another one told a story about pissing Dad off something fierce for catching her stumbling home drunk from some party junior year of high school. She said his face alone had been enough to sober her up, that she’d previously been unable to imagine what a jovial, goofy guy like Dad would look like angry and now, she concluded with a chuckle, she wished she could forget. I guess he never told the gal’s folks, which she was grateful for, and during the summer of her junior year in college, when she was finally twenty-one, they shared a drink on the porch and had a good laugh over it.

I remained quiet, leaning back in my seat, letting them come to me. More obscurities! More deep-cuts! Bring out the rarities! Parade the nonsensical art-house memories that straddle the line between irrelevance and nuance through the empty streets! Prove you knew him! Prove to me you were ever even a facsimile of what I inherently am! Prove you’re worthy of the light only I can shed! Earn it. Earn it!

A woman a little older than me talked about pet-sitting for us when we’d gone away over spring break one year. She’d peaked into Dad’s office and saw he was reading “Things Fall Apart” and then years later she was assigned to read it in high school and, remembering it from his office, she actually read it, unlike nearly every other book she’d been assigned during her high school career. It blew her mind and she told Dad and they started their own tenuous sort of book club and whenever she talked to him about a book she always wanted to read it again.

Dad caught a fellow playing checkers with chess pieces during some neighborhood block party and taught him chess and beat him every time for years and years until finally one game he moved his queen back at just the wrong time and this fellow swooped in for the checkmate, which Dad responded to graciously, casting suspicion to this very day on whether or not he’d known what would happen when he moved that queen back.

Someone else had this to offer, another that, tiny little lines cobbled together in an attempt to reconstruct the circle that was Dad.

And then there was a lull and everyone had talked and they knelt before me holding up the little goblet they’d fashioned with their sweet, remembered nothings – and they were nothings to me – eyeing my wine and mead and begging me to pour with their breathless silence. Begging me to round off some angle of their sculpture they were too shortsighted to perceive, to take out that one, old, unmarked record and drop the needle.

And somehow, though I had hundreds, thousands of half-constructed symphonies, I could only find the one.

I’m sitting in the middle row of the old mini-van, still dripping from swim practice. My eyes are burning. My hair is itchy. I have water in my ears. Dad is up front thumping his thumbs on the steering wheel to the public radio jazz coming through the speakers, hissing for cymbals here, humming for woodwind there, all the while sporadically calling out names, which he continues to revise until the song is over and the smooth, monotonous voice of the DJ credits some moniker that had apparently entirely eluded him. I don’t remember. But if I heard the cut I’d know it. Then, a break in the jazz. A news report. Police shot and killed in some city I don’t recognize. I call up to Dad and ask him if somebody killed police and he ignores me. I ask again and he turns the radio up. There’s more to the story I don’t remember, but I remember police got shot. There’s more news and then it’s back to the jazz, but there’s no hissing and humming now. No thumping. Dad never answers my question.

“They said this would happen,” he says, in an unfamiliar voice I do not like. “They’ve been saying this would happen. They’ve been saying it. Nobody listened. Nobody ever listens. It’s right there in the music. It’s all right there. You can’t keep people down like this. I knew it. I knew it. Someone was always going to have to pay eventually, somehow. The bill always comes due.”

“Dad,” I keep calling up, but he’s not listening to me, he’s talking a mile a minute and he’s rubbing his head and the vehicle doesn’t feel as sturdy anymore. I keep calling up and eventually I’m yelling and screaming and he’s yelling and screaming and my heart is pounding and I’m crying and I’m so scared and he slows down and pulls over onto the side of the road and I can hear the tick-tick-tick of the blinkers punctuating the jazz like some kind of terrible, avant-garde metronome. He gets out of his seat and steps out of the van and I’m panicking until he opens the sliding door and takes a seat in the back with me. He hugs me tight and kisses my forehead.

“Did someone kill a policeman?”

“A grown-up did it. But you don’t have to worry about that right now.”

He gets back into the front seat and changes the station and some song comes on he knows the words to and he tries to teach them to me but he’s singing in a funny voice – this one I don’t mind. For years I draw a direct connection between this episode and the “parental advisory” stickers on provocative CDs. Between “explicit content” and the moment my father ceased to be a god and became just a man. Just some guy. Some guy who could be afraid.

And there I was, staring at their empty cup with only that to offer. Something at once too sacred and too foul to give. Maybe in honor, maybe in resignation, maybe in selfishness, I chose to give them a mercy instead.

“I’m not all that close with a lot of you,” I said. “But hearing you talk about my dad, and having heard my dad talk about you, I feel like we’re family.” I poured my drink into the fire and it burst from the top of the chimenea, casting orange light onto nods and glasses raised and a sudden queue of hugs.

I want to tell you.

Photo by Mike Erskine on Unsplash