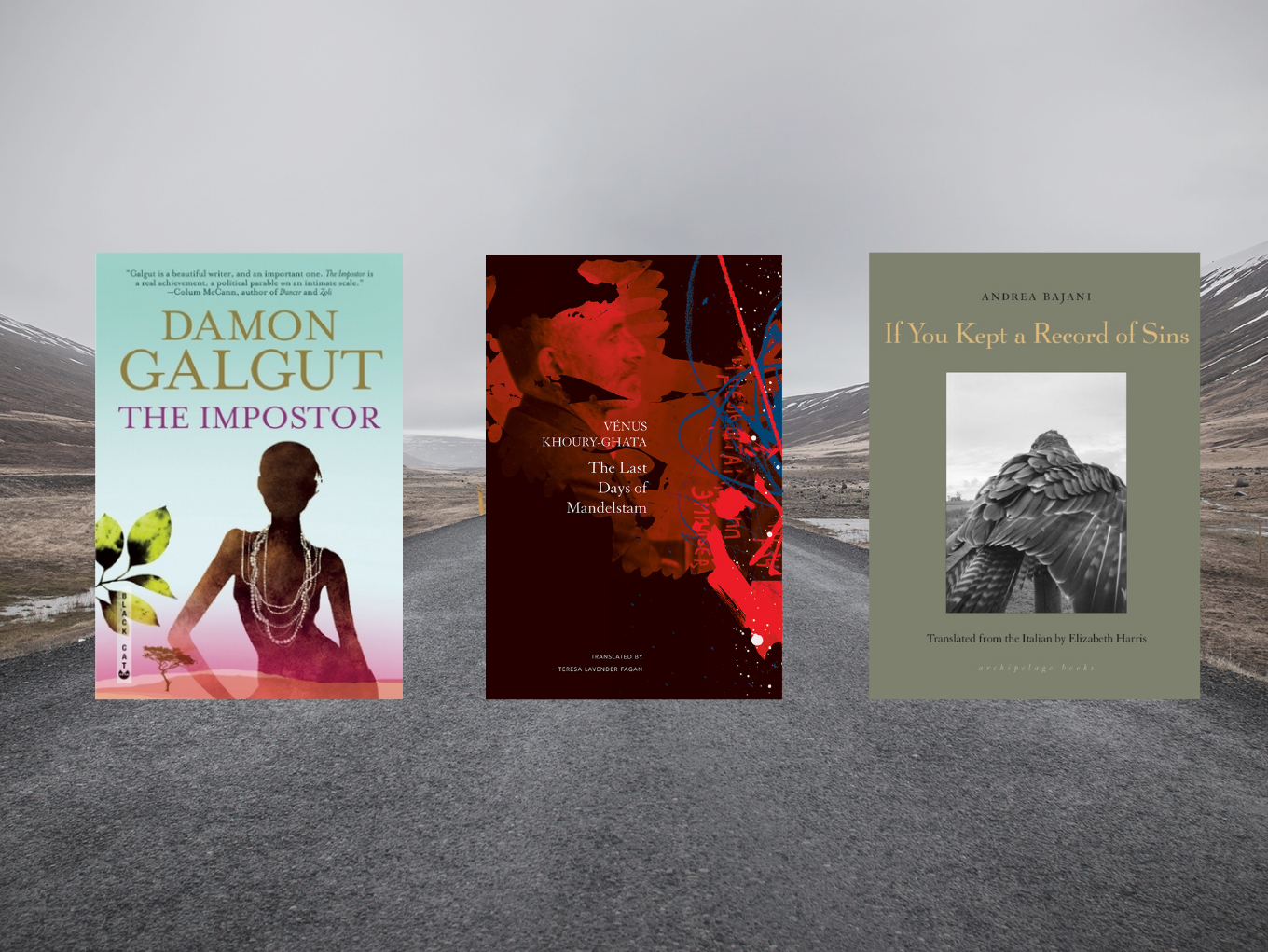 Third time proved the charm for South African author Damon Galgut with his 2021 Booker Prize winning novel, The Promise, but he has a record of quietly powerful works reaching back over the past three decades, and to many of us who have been reading him for a while it seems that some of the best may not have received the attention they deserved along the way. Like The Impostor, first published in 2008. In this dark novel, set against the shifting political and economic landscape of post-Apartheid South Africa, Galgut depicts a world in which the lines between good and evil, black and white have been easily and dangerously blurred.

Adam Napier is a man who, in mid-life, has found himself replaced by affirmative action initiatives in both his career and hometown of Johannesburg. His future uncertain, he decides to take refuge in a neglected house his brother owns in an isolated town in the Karoo. His intention is to devote himself to writing poetry, but a chance encounter with Canning, a man who claims he not only went to school with Adam, but that their friendship changed his life, alters his plans. For his part, Adam has no memory of this person, but does not let on. Before long he is seduced by the lavish mountain retreat Canning owns, not to mention his beautiful wife, and discovers, too late, that he is caught up in a game he didn’t realize he was playing. Or chose to ignore.

The Impostor is a tight, spare thriller with deep moral ambiguity at its very heart that the author makes no effort to assuage. It is a book that stays with you.

Russian poet Osip Mandelstam died in a transit camp near Vladisvostok in 1938, just another unknown prisoner succumbing to illness in inhumane conditions. This slender volume by French-Lebanese poet Vénus Khoury-Ghata is a profoundly beautiful effort to give him the last word, to salvage his dignity long before poets like Celan and Brodsky would posthumously take up the cause of ensuring his legacy alongside the tireless work of his wife, his living archivist. Mandelstam is, by the time Khoury-Ghata looks in on him, past the point of speech, delirious and slipping in and out of consciousness, lost to memories and nightmares. But he is not yet gone. With crisp, poetic precision, her narrative reaches into the past and glances ahead to the future, while circling back, again and again to join the dying poet in his final days.

A project of this nature could easily become overly sentimental or burdened with biographical detail. Khoury-Ghata avoids both by bringing in just enough background to sketch out the general course of Mandelstam’s life. Thus, the narrative is illustrated with spare, sharply drawn images while his own verse, especially the infamous Stalin Epigram, surfaces throughout as a haunting refrain. Despite the tragic subject matter, The Last Days of Mandelstam is a powerful tribute from one poet to another, honouring the resilience and strength of conviction of a man whose vision will, in the end, not be silenced.

If You Kept a Record of Sins by Andrea Bajani, translated from Italian by Elizabeth Harris
Archipelago Books, USA; 200pp; fiction

My favourite fiction tends to be spare and open, the kind of work where what is left unsaid is as important as what is told—narratives that leave space for the reader to imagine what lies beyond the edges. If You Kept a Record of Sins by Italian author Andrea Bajani is such a novel. Arriving in Romania to take care of his mother’s affairs following her death, Lorenzo is forced to confront details of her once glamorous life that ended in misery and isolation, deal with the characters who populated her past, and wrap up the inevitable unfinished business matters. At the same time, he must come to terms with a loss and grief that has built up over the years, ever since she abandoned him and his father behind in Italy.

As it turns out, Lorenzo’s mother had been a beloved but largely absent presence from the time he was quite young. His account of his current experiences in Romania is punctuated by attempts to reconcile the past, with memories bitter and bittersweet addressed directly to her in second-person sections and mid-paragraph asides. In this way, she is still very much present, and the pain is immediate and complicated by the layers of a heartbreaking, unresolved mother-son relationship. Beautifully and sensitively told, this is a story that carries the hope that, in time, reconciliation will come.

Joseph Schreiber is a writer and occasional editor living in Calgary, Alberta, Canada. His essays and poems have been published in a number of online journals and print anthologies. He maintains a literary site called roughghosts.