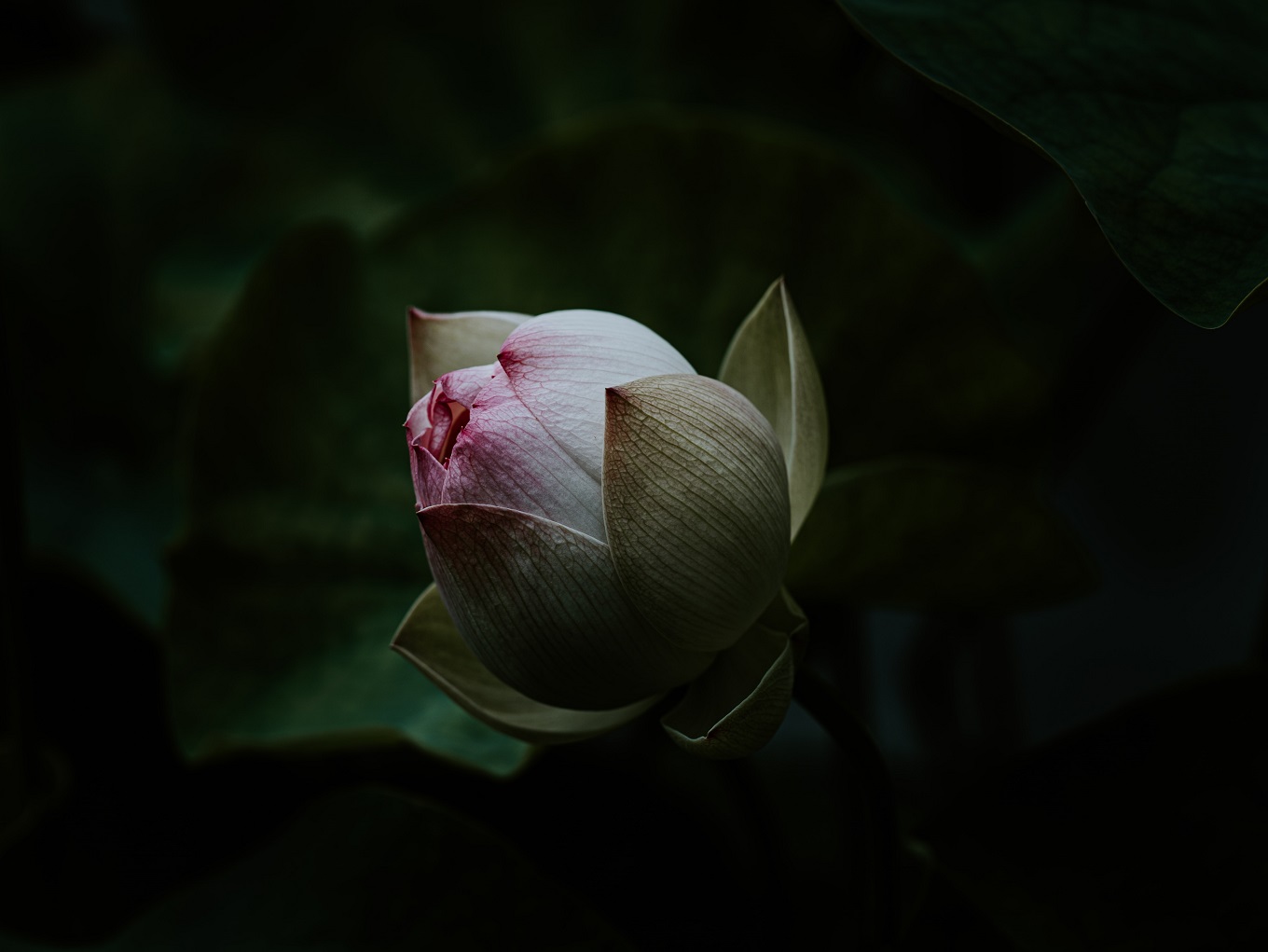 The headline was the death of someone the media called a ‘bright young actor’. Abha took a sip of her morning tea and went on to read the news story on her phone. In the past three months of pandemic-induced social isolation, she had stopped bothering about a lot of things. The tea was one among them—milky and watered-down. Sitting on her three-seater couch with her knees curled up under her chin, she was settling into a lethargic routine with her phone hogging her attention. Somewhere into the closed spaces around her, the incessant restlessness triggered by the unending number of items in her To-Do list was beginning to dissipate, blurring the items in the list.

While the virus held sway and disrupted lives around, including hers, she seemed to be aiding it by keeping tabs on the numbers of infected people across the globe and watching clips of panic-stricken men and women raiding supermarkets for food. She delved deeper into those random pieces of news and created her own stories. The mask-covered faces she saw on the news reminded her of the field-hands at her ancestral home. Shoulders hunched, backs slightly bent, brown chests bared, and the palm of the left-hand cupping the nose and the mouth while the right held the left in its place, they spoke to her grandfather while staying that way for however long it took. Her grandmother told her that they were being respectful, protecting her from a possible spray of impure spittle while they talked. In the pandemic, the spittle was impure no matter who it came from. Her grandmother would have been shocked. More sips of tea, more lines into the news story and she realized that she had watched only one of the dead actor’s films and that he was convincing in his own way. Wonder why he had let go.

An involuntary groan slipped out of her as she pulled herself off the couch. This was becoming a new normal too; a weariness that was slowly creeping its way in and leaving her feeling old—both in the head and in the body. She noticed that it had started with the left side of her body, somewhere between the shoulder and her elbow. A heaviness, as if a thick, stubborn blanket of dark despair had settled on her making it difficult to shake it off. At first, it seemed like a stiff upper arm, but as the days progressed, the heaviness sat deeper on her hand, incapacitating her. Her daughter Ananya noticed the constant clattering in the kitchen; from spoons to pots and pans. “Butterfingers”, she said as she came to the kitchen and teased her about it while helping her pick up the fallen kadai. Abha smiled. The heaviness in her arm seemed to lighten a little. She gave her an awkward pat on Ananya’s head, fearing anything more intimate would chase her away. Her 19-year-old has been back from college for the same three months but they barely crossed each other’s paths. It felt easier to co-exist under the same roof, not venturing into each other’s spaces.

Things weren’t always this indifferent between them. The incident in the kitchen brought in memories from a long time ago.

They were a team. Abha remembered that she didn’t miss a man in her home. Ananya was her companion. Even on incredibly long days, snaking through the maddening city traffic, shuttling the stairs between the sixth and ninth floors in office, deftly managing the chaos of dinner and school prep for the next day once she was home, the fatigue that she had felt was purely physical. At the end of a long day as she stood out in her box of a balcony taking a long pull on a freshly lit cigarette and the late evening air, tiny Ananya’s hug around her knees would charge her up again.

Yes, they were a team, and it had made all the difference.

When did things change between them? She wondered as she gazed into the fridge, wondering what to cook for lunch. Did it start on the day she deliberately let her little hand slip off from hers on their way to the school bus-stop, walking ahead, stretching her little legs to maintain (s)pace? Or, was it, a year later, when she just got up from the crook of Abha’s left arm, her pillow for all those years, and went on to sleep on her own bed that was left unused in the adjacent room? By the time Ananya was twelve, the volley of questions and the never-ending stories had abruptly ended. They were replaced with one-word responses to a multitude of questions from her side. An eerie silence had crept upon them; its sound, deafening against the happy shrieks and laughter that waded through the wafer-thin walls of the neighbours. Abha had kept up with the tired one-sided attempts at conversation. Her persistence finally brought forth responses—hurtful retorts and jibes that hit her hard.

“Why are you being so difficult?”

“Must be something that you did wrong bringing me up.”

She decided on a baked chicken recipe that she found off the internet. Seemingly simple. The constant stream of angry words back and forth, relentless rows, raised voices, the inevitable tears from both sides… ‘Deep breaths’ — her friend kept reminding her over their daily phone calls. The possibility of a normal conversation between them was turning to be impossible, and they began to tip-toe around each other to maintain peace. Her little ‘accessory’, as lovingly nicknamed by Abha’s friends, and she had turned strangers.

The work-from-home routine didn’t engulf her the way it used to and she had a lot of bonus time on her hands. With the passing days, as the phone turned into her inseparable accessory, her left hand got heavier with its weight. A lot was happening around her. From the clattering of the pots and pans from balconies to the lighting of lamps against the scourge, nothing was left to chase the microscopic menace away, but it continued its mean little dance threading more lives and livelihoods on its spikes. Phone conversations with her friends were about shutting of businesses and lay-offs in companies. As the days stretched into weeks and then to months, she noticed that the virus which was trimming the waistline of the economy was doing the same to friendships too; the not-so-strong ones silently disappearing from the call logs.

This day last year—Google photos reminded her of the first time she shared a mug of beer with Ananya. She had prided herself on being progressive enough to let her daughter drink with her. The fizz of the beer had eased into their awkwardness, making them laugh at silly stories. She smiled at how Ananya enjoyed turning accent-Nazi as the beer-buzz caught Abha’s vernacular tongue. A memory from a long time ago or so, it now seemed.

Browsing through the pictures, travelling over time, Abha didn’t realize that it was already evening. The day passed by like a memory-train, noiselessly. After turning on the lights in the living room, she walked up to Ananya’s room and knocked. A muffled ‘come in’. Ananya was buried in a thick blanket with only the top of her head sticking out. She was watching something on her laptop. She looked up at her mother and gave her half a smile. Grabbing the moment, Abha slipped right next to her, held her close, and involuntarily smelt her head, an old habit.

“What are you watching?”

“Re-runs of Sherlock. You should watch it too. He is sooo cute.” As she continued with her gushing, Abha let her eyes roam over the screen.

“English is to be spoken like the English”. She meant it as an aside, but Ananya couldn’t agree more. An unsaid pact was sealed that evening: 90 minutes of Sherlock at 7:30 every evening, and then, conversation.

“I was relieved that you were leaving for college, you know. We used to fight so much.” She remembered how, along with packing her books, clothes, medicine and toiletries, she had packed her own old T-shirt, stretched over time, hoping to guile her daughter back to her. “If at all she misses me, she doesn’t have to tell me. She can just wear it and be home,” she’d thought to herself.

“You never listened to me. You only yelled. It felt easier to stop talking after a while.”

The thin, delicate wall of appearances was being stripped off its plaster. Abha was glad that they were facing it stark bare now.

The lifting of phase one of the three-month lock-down was celebrated as ceremoniously as a religious festival. Firecrackers and drumbeats filled up the air in the streets. “You want to go for a short drive and check what’s left of the city?”

A few moments later, Ananya was next to her – bum shorts and pinned up hair, big-rimmed round glasses ready to fall off her nose. She looked like an elf.

They ventured out into the empty roads, masks covering their noses and mouths, paying obeisance to the virus. Inside the car, the steering wheel felt strange in her hands. The air hung heavy. Rolling down the windows, they drove past what were once the city’s busy roads; past a line of shops with closed shutters, past silent streets strewn with stray cows and dogs and humans scouting for any scraps that they could find. An abandoned battlefield. A landscape she had once seen in an apocalyptic movie.

“Do you want to learn how to drive the car? We have lots of space to practice.”

Abha didn’t want to give in to the sombre mood around her. She could see a smile flash back at her from the passenger seat; not forced, just straight out without any filters. As she demonstrated the shifting of gears, Abha realised that her left arm didn’t feel so heavy anymore. They switched seats and revisited old haunts at their own pace. On the drive back home, they noticed small groups of people venturing out of land pockets, slowly daring to face the outside world again.

Once home, she would open that bottle of wine with Ananya—one she had been keeping for a long time in anticipation of a celebration. Today, they will celebrate. Things were beginning to change, a thawing. Enough time had been spent behind the wall.

Photo by Xuan Nguyen on Unsplash

Asha Francis lives in Bangalore and her stories have appeared in a few anthologies. Literally Yours is her co-authored novella that was launched at the Jaipur Literature Festival. When she is not writing she works as a Learning and Development consultant at DXC Technology.