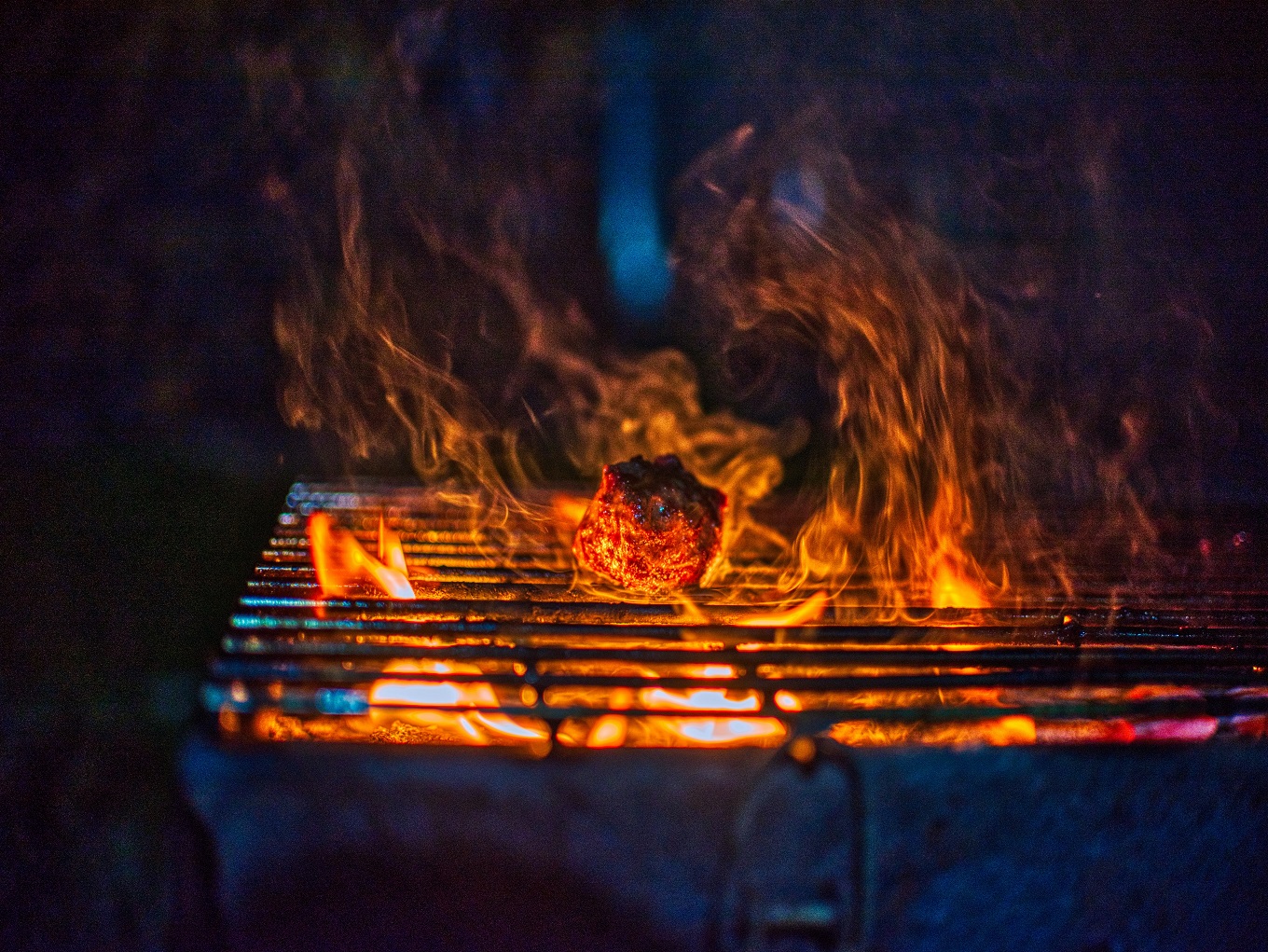 Death is total. But only two thirds of the creature who gave her life to become bacon and pork chops is useful.

The other 33% of her clever, snuffle-breathing body becomes landfill, wasted. Only 11% of her will separate from her quiet bones and wrap into anonymous packages, traveling 2,000 miles to sit in neat rows under the lights at Raley’s.

There, Kat will pick up a blushing loin roast. She will take it home and smear its surface with olive oil and garlic salt and give no thought to the sighs that shuddered against the muscle in her hands. Kat has twenty minutes to sear the loin and get it into the oven before her children climb the steps and fling open the door. 33% of the surfaces she scrubbed will be soiled again by dinner time, 11% of women have never had an orgasm.

Once, the pork loin was knit up against thoracic and lumbar vertebrae. It held together a column of zinging passions: wonder at a shadow on the cinderblock wall, longing for a jug of small, musical squeals, dread in a dark chute. Now, Kat takes it out of the oven and sets it on the counter under a tent of foil. She hurriedly swipes her lips and cheeks with pink; she has twenty minutes until she clocks in. The doctor says she needs to stop lifting with her back or she’s going to herniate a disc.

When she gets home in the blue stillness of dawn, she tugs her scratchy uniform polo over her head and unlatches her bra. Kat’s husband and children sleep while she scrubs a thick, fragrant grease off the plates, the forks, the margin of the table and the rim of the sink.

On the counter, in the bottom of the roast pan, waits one round slice of pork loin. A mere 0.25% of her lonely carbon.

Photo by iulian aghei on Unsplash

Allie Hymas is a writer, farmer and sustainable agriculture advocate in Oregon. Her work has been featured in Acres USA, Comestible Journal, Collective Quarterly and others. She serves as Education Director for the Northwest Farmers Union.