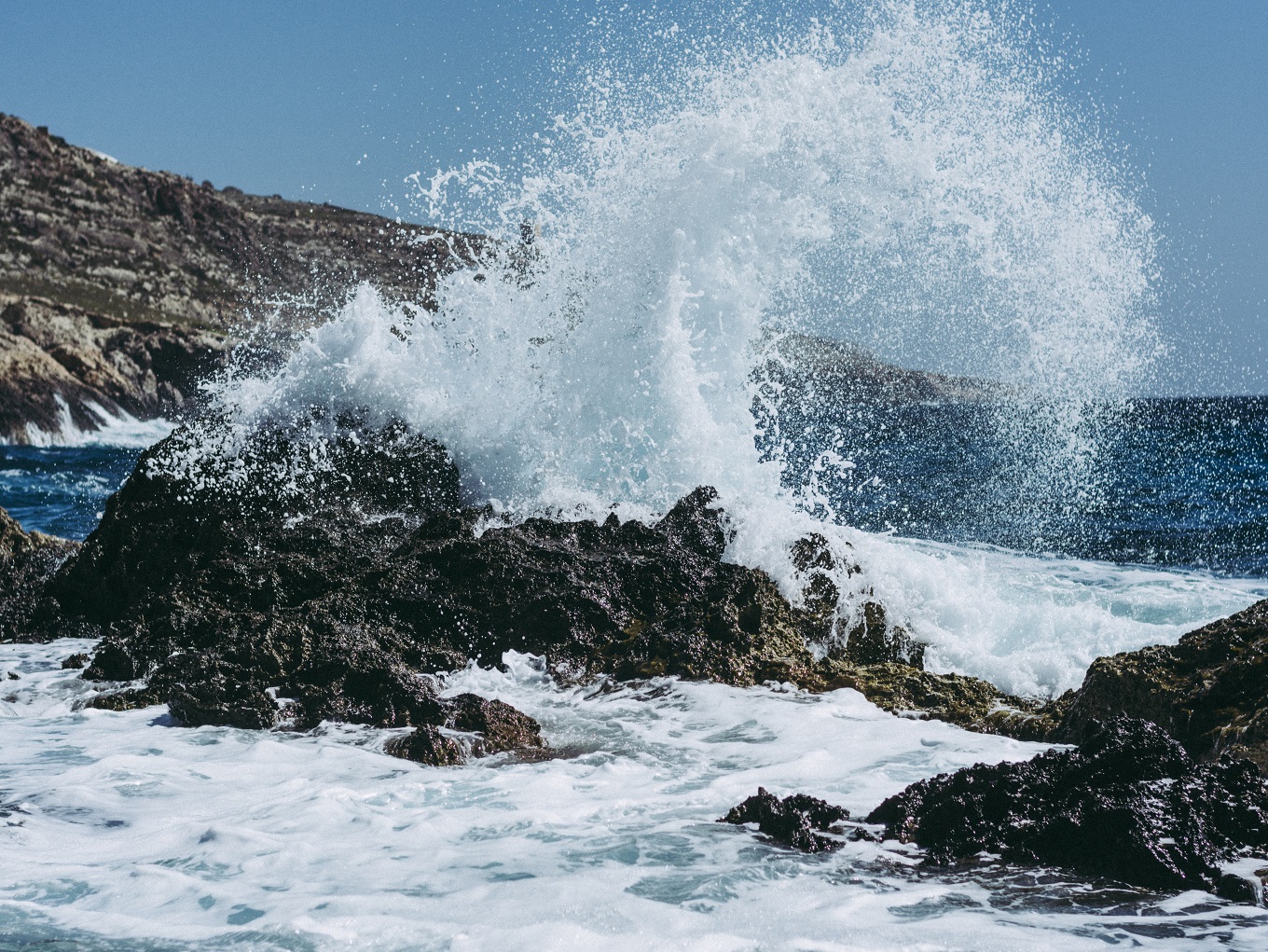 iridescent & indecent, the mississippi river reaches
towards me like a lonely woman,
first, she asks me what my mother never has
for my name. I tell her, the levee could not contain me
either, the body, the water, the inside, the outside—

all of it was too much, briefly, the blood thirst
mosquitoes spare me or I’m too busy wondering
if I’m a woman who knows unrequited love
or if the woman who says she loves me, does so,
insofar, that she has recently, momentarily, suddenly,
historically loved me hard but not well

my mouth slips, I say mississippi but mean the Atlantic
the difference between a river and an ocean, the first is a
body that empties itself and the other is what gets filled,
this means what does not hold here, will hold, somewhere else

i keep thinking about the Atlantic

because i keep thinking about her/ theoretical woman of my mother’s nightmares/
the woman who, if my mother knew I knew my lover’s lips are soft, taste like
cherry chapstick, would bring shame to her family/ the woman who wants to love
me, but got grief  thick as a morning fog/ the woman i’m young and stupid
enough to give another chance,

what the ship could not hold, a woman held,
the river slashes against the  bedrock i stand on,
blue gray skies become velvet blue hen black
the tide becomes stronger– the calling, louder,
the pulling, tighter, the moaning —
reader, what makes a woman want like this?
my mother’s red nails speak when asked how to be done

make us red like sex. pristine, bone-clean, coffin shaped.  girl yes, gel, 10 karat drip. make us
sharp like the snaps double dutch make when it sink into the ankle. we must be difficult to hold
but harder to break.

the woman who wears us got 3 babies so she gon need something that won’t cut her children but
sharp enough to let a nigga know. she not an easy going woman cause she ain’t have an easy
going life. she the type of woman to spare the rod and spoil the child, o soften us at the edge. just
cause you become a mother, don’t mean your trauma’s go away. it latches onto your dna, unzips
the coil, rearranges the AGTC, until you can’t decipher who you are vs. what was done to you.
then you end up with babies who got traumatic memory from lives they never lived. imagine
that, a bunch of black girls already born dying. already born with something that’s been taken
away from them. that’s why black mommas be quick and decisive with the switch. make us
sweet but make sure these niggas know not to fuck with us. don’t nobody want smoke from a
woman that prays with the same hands she draw blood with. any momma that’d risk a chip nail
to kill somebody is a woman you don’t want to fuck with.

sometimes, we only want to be used for sweetness. who wouldn’t want to bear witness to a house
that jill scott ripples through? she asks, is it the way you love me? and we outline a glass of
cabernet. but we’d rather be the guillotine than the body hooked between its teeth.

you understand what we asking for?
make us so red that if we need to kill a motherfucker that touches us or any of our kin,
they blood gon look like a second coat.

Photo by Jana Sabeth on Unsplash

Z Smith is a Black queer woman from New York who is interested in the ways that memory not only informs but also resonates, reaches, and realizes itself within herself, women, and her relationship with her parents. She speaks as someone who has spent years studying and researching neurobiology, traumatic memory, and how stress affects gray matter volume. As Z Smith brings this insight onto the page, she discovers new ways to talk about the biology of trauma, and gifts herself with new language to discuss the material consequences anti-blackness has had upon her.