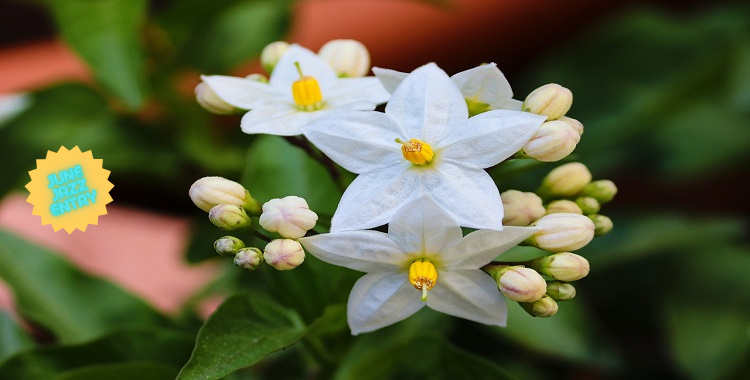 Long before air-conditioners were bought for our house in the coastal town of Puri, the dominant white noise during summers was that of the ceiling fan running at full speed. Now, more than a decade later, that noise forms the negative space in my tapestry of summertime memories. It holds the contents of those memories together, gives them definition, locates them in the larger complex of memory within my system, and legitimises them in time and space. My memory of summers from that time is like an unsolved mirror-cube – a shape and size complex whose edges are not uniform. It is a mass held together by analogous relationships between many individual things — images, rituals, smells and sounds — things that do not share one single taxonomy but have come to acquire connections in my mind. Staying away from home for many years now, I have realised that a “summertime sadness”, quite different from the one experienced by Madam Del Rey, has entered my life. Come summer, my mind begins to sabotage its relationship with this metropolitan city where I live now, with its harsh temperate climate, and it begins to wire itself according to a past configuration, a memory… And so the sound of a fan is the incantation that conjures summer upon reality — any reality. It invokes the phantom of a summer from the past and renders it alive in the present. As the sound of a fan cuts through micro-droplets of sweat suspended in the dense air inside my grandmother’s house on the eastern coast, a somnolence descends upon me, and I am there, in the middle of my summer vacation, listening to Miranda Lambert on a Sunday afternoon, my mind in a rabbit-hole…

On a sunny day, only a few meters from the sea, one can smell salt in laundry that is put out to dry. Geography says that in coastal areas, a cool breeze from the sea blows towards the land during daytime. And so with it, this breeze brings salts from the sea which saturate upon damp clothes. Over time one gets used to the smell. It penetrates the walls of houses, sits in corners of cupboards, and really makes a home for itself in your body and blooms like a spice in oil — a smell almost calciferous, alchemical. It is a smell that I could always, and still can, recognise in the air. It’s the smell that tells me that the sea is nearby.

My memory of childhood summers in Puri begins with smells. It is through smells that I can trace the material history of life there. Even myths, rituals, and principles of domestic virtue, which were a part of my emotional and social development, have an olfactory association in my mind. If I were to critique my foundation, it would find the best fit under an ethnography of smells. I could begin with ordinary everyday things and realise by the end that these objects are for me, what madeleines were for Proust.

Take, for example, the same washed clothes — in their folds rests a smell of the household they belong to. They hold in them the household’s love for a little extra turmeric, the habitual munching of asafoetida after meals, and the guilt of hands that incorrigibly brush against pockets and hems after those spicy helpings. The smell of habits stays on. Apart from the fiery smells of stray hands on sleeves and petticoats, there are smells of a subtler definition and obscure origin… Such smells not only stay in the fabric of handkerchiefs or drawstrings constantly used, but one also finds them speaking slowly in the walls, hanging in the air as inconspicuously as a bat at night. And there they remain for ages, recording life like albums of old photographs.

Homes take on the smell of routine – walls smell of hair oils, vermilion, and ancient stubs of glue from the backs of bindis that have remained on mirrors waiting for another use. Boxes stowed away in old wooden cupboards reveal packets of grandmother’s favourite soap, which she guiltily smells and reports, “British Lifebuoy, 1935” (and I think to myself how today, the ubiquitous lifebuoy soap smells like taking a bath in cold water during winters). It is a defeated smell, ordinary and prosaic, like returning home only because you want to remember what it was like to escape.

From the same warm-smelling wooden cupboard are issued letters with rose petals that don’t smell like love at all. Paper somehow always ends up smelling like wood after many years. I wonder if that is why sometimes, early in the morning, my grandmother’s sleeping body smells like fresh earth.

Some pillows cough up a dust of nocturnal jasmines in the morning, their stems broken, isolated from their stringed camaraderie. Routine becomes a customer of smells as on a forgetful summer afternoon of whims and untimely coffee, right at the third chime of the clock, my grandmother becomes suddenly perceptive to the absent smell of her parrot pecking at black grams…There is a smell hanging upon a garden left unattended under the unforgiving tropical sun. Sometimes it smells like a leisurely stroll in the morning after seeing the kids off to school, and late in the evening, like the silence of a crow somewhere in one of the festooned branches.

Smells are like bounced cheques; speech acts of a dead man. Terraces of old houses from which the recent generation of inheritors has long moved out will carry a ghost-smell of red chillies that were once dried under a white-hot tropical sky. They will have the acrid smell of lemons squeezed into glass jars that the matriarch’s grandchildren carried up during the day and down at sunset. The past will materialise in smells for people who live in such a temporal dimension where the present is only an opportunity for nostalgia.

The past materialises upon invocation in forms that are really as multidimensional as present experience is. My memory of summers and the sea comes with an atmosphere — it lends moods to my act of remembering what I want to remember. It is an atmosphere of visual suggestion, as remembering really is creating.

It is not only the smell in the air, but also the air itself, that betrays the presence of the sea. In his book False Papers writer Andre Aciman has a theory about light in a coastal town — put simply, Aciman studies some paintings of Matisse (done in Italy by the Mediterranean) and argues that the kind of light that is present in those paintings, is symptomatic of the presence of a sea nearby, even if the sea itself is not part of the paintings. In other words, the theory says that seascapes or coastal towns have a distinct, almost singular quality of daylight that is discernible by those whose senses are driven by the sea – the “thalassotropic” instinct, as Aciman calls it — ‘[…] if you have the least thalassotropic instinct, you’ll immediately intuit, as if [the paintings] were being intentionally coy with you, the indelible presence of the sea’. Italian polymath Leonardo da Vinci was, supposedly, also obsessed with painting accurately the colour of the air, the colour of daylight. This near-vague ambition about something so abstract does not surprise me — daylight has characteristic distinctions with respect to space and time; it is, indeed, true. Summer has a colour, and summer near the sea has a special colour.

One understands this truly, intuitively, when one starts to spend summers in landlocked cities far from any sweeping effect of the sea. The difference between summers in temperate lands and summers near the coast in the tropics, is analogous with the difference between a poem written by a poet-impersonator and a poem written by the poet herself. In the former, the pressures and pauses just feel wrong, either grossly aggrandised or altogether missed.

The quality of daylight near the sea during summers is an important node around which my memory structures itself. When I remember summers near the sea, my memory is coloured in that particular daylight — the kind of daylight that is dispersed in the atmosphere by seawater. It is like an old photograph, except that it is not sepia, tinted by time. It is not an aspect of time at all; it is purely an aspect of space — light as manifested in the proximity of a sea. It is a unique tone of daylight colours that retains that sea effect, no matter what time of the day it is.

Tonality – a beautiful concept to understand light, especially daylight. Paula Rego, in one of her interviews, gives the best way to understand the tonality of a scene – squint your eyes and look, so that the scene in front of you is blurred, its forms and outlines softened, and only the light enters the reduced aperture of your eyes. That’s the tone of the colour – its lightness, so to speak.

When I think of myself from that time in my grandmother’s house, this lesson seems to be a befitting retrospective to the summer mood of that house. I close my eyes and see my favourite room — the windows with their white curtains — four of them — the tall coconut trees, their dark green blades glistening in the sun, swaying in the wind and making a sound quite different from ordinary rustling — a sound coming from farther away, yet one that is sharper than the sound coming from the other trees. And I see the sky — a few well-intentioned cumulus clouds, the occasional appearance of a few temperamental dots of sparrows against a benevolent light-blue background. I try to pull this image, as if through a metaphorical pair of squinted eyes, and project it upon my imagination. That room has the same tonality as a garden of lemons painted by an impressionist painter, perhaps Monet. It is the quintessence of a tropical summer. And somewhere beyond the frame of the picture, beyond the frame of my imagination, and yet as if through the virtual glow of a palimpsest lit by candlelight, I can see the sea — effaced, yet illuminating everything there is to see and to remember.

Image by Manfred Richter from Pixabay

Sristi is a 24 year old postgraduate in literature from Odisha, a lesser-known state on the eastern coast of India. She has been living, studying and working in Delhi for the last 6 years. When she is not writing imaginary books in her head, she clicks pictures of clouds, identifies their type, and predicts the weather. She is currently working with an education organisation to teach kids in lower-income schools. In the little free-time she gets, she loves to study all kinds of things; her latest fling is with the world of food - the science of it, the art of it, and the culture
around it.