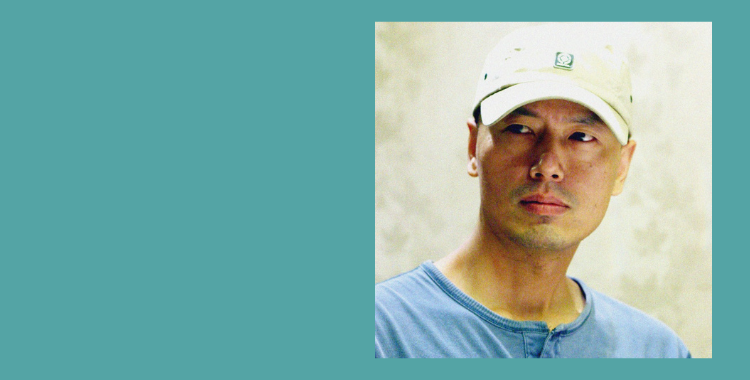 When I walk, my shoes squeak in pain
I pretend it’s a blessing
Walking will take my health to void
So I pretend not hearing the pain

The leaves on the roadsides are rustling
Are they moaning for my shoes? Or just singing for autumn?
Sand is a raging bull, his horns against the red capes of my shoes
Maybe sand feels the pain, when there’s no more wound

Shoes, are you moaning about my heavy middle age?
Are you coughing for my life, through your grinding teeth?
Each ounce of pressure under my step adds pain to the earth
But I’m grateful how you turn pain into songs, using wind as your melody

No matter where I’ve traveled, there’s no destination to keep me there
Only home, just the right size for my thoughts and worries
I haven’t put on weight all these years, maybe it’s my way
To say how much I treasure you, with my fixed weight

I bought two pots of Devil’s Ivy, its leaves dangling from the ceiling

Below one plant is the wall for climbing
After a year, the leaves have reached the floor
Like the training for long distance running
A shy teenage has grown into a brave young man
Not afraid of falling to the ground, even jumping off the cliff
Is it sticking out its tongue to my failures?
Will it not abandon me, even if we can’t communicate?
Is it bending its head to the earth, lower and lower, with guilt?

Under the other plant, is the shelves where books sleep
The Devil’s Ivy never let it depart
I stare at it, can’t tell if it’s been sleeping or not
Is it doubting my intention to let it hang?
Is it worrying to fall from the ceiling, like trash?
Maybe it hangs on the shelf because it loves books
Guarding their dreams, like brows guarding eyes?
Or it wants to climb up, to see future, like books?

One pot wants to grasp life on the floor
The other just wants to stay on the shelf, for an inner life?
Maybe they both represent my wishes
Each with its own edges and corners

The Fall Wind in Beijing

The fall wind in Nanjing is nothing but
Moldy breath. Those who feel its blow
Know the wind carries no hatred

Only in Beijing, I heard the wind’s sobbing
It treats me like a cold war foe
Slicing my greeting in half
Scolding me with its thrill voice all night long
Blocking lies to take off from my dreams

When the sun came out, I kept listening to the wind
Guessing how many tons of explosives were hidden in the gusts
Trees along sidewalks, sold to the wind
Tried to show the appearance of a great harvest

I know, because of the howling wind
No matter how much I drink, it’s not enough to keep up my spirits
No matter how tightly I wrap my coat around my destiny, it’s still too thin

Oh wind from Beijing, how I want to know
When you’ll get tired!
And what’s your new plan for those destined to work overtime?

I’m just a poet from the South
No matter how big, the wind from that soil can’t draw blood
The worst it can do is to spit some foamy complains to water’s surface
To show that winter is about to land

He is the mid-summer, as soon as you get close
Your sweat begins to pour over your clothes
Your courage gets shorter inch by inch
As you get closer

The zoo keeper locks him in the steel cage
But the threat lunges at you through the steely bars
Your life may be glorious, but you still can’t escape the whipping of his eyes
You only live in the festival of shopping, in the waste land of money

He strides in the cage, and you realize
Even if you got thousands of rivers and mountains to choose for your travel
Your only path lies under your feet
And you dare not invite him to squander it with you
Under his gaze, you feel you’re becoming a defendant

Last summer, I went to Nalati for a horse ride
The horse bent his head. In a hurry, I became his master
How much effort do I need, to get close to his running heart?
I tightened my legs, holding onto a gust of wind, like a dark cloud

Where’s the city road running on the grassland?
The thick grass loves horse hoofs, far better than wheels
They hope the horses will iron their summer clothes one more time
The horseback bumped my name down the lightest on earth

I don’t know the design woven by his hooves
I can feel the pain in his songs through each of his steps
Maybe the horse knows my destination ahead of us
But the kind Ha boy let me understand: the beginning is the end

Born in 1963 in rural Hubei province, Huang Fan is a leading writer of poetry and fiction, known for his unflinching confrontation of contemporary issues in China with dry humor and dark lyricism. His poetry collections in Chinese include Elegies of Nanjing (2011), Selected Poems of a Decade (2013 )andMoon Losing Sleep (2018). ‘Middle Age’ was included in One Hundred Poems for One Hundred Years of Modern Poetry, and the editor of United Daily News called him the most interesting Mainland poet to Taiwan readers. His fictions include The Eleventh Commandment, The floating colors, Until Youth Disappears , One Inch Master; the short story collection, Girl School Teacher and the essay collection,Chinese Wander. When His novel The Eleventh Commandment was serialized in Sina.com.cn‘s literary section, it received over 3 million hits and was rated one of two “must-read” novels for young people to read. His prizes include China Good Poetry Prize（2017）, the Beijing Literary Prize for Poetry（2016）, the Fangcao Biennial Top Ten Prize for Poetry（2010）, the Jinling Literary Prize for Poetry(2010), the Writer’s Golden Prize for Short Story(2016), , the Biennial China Houtian Culture and Art Prize 2009-2010: Novel（2013）, and the Zijin Mountain Literary Prize（2017）for Long story. Huang Fan’s works have been translated into English, Italian, German, Greek, French, Japanese, Farsi and Korean.

Wang Ping was born in Shanghai and came to USA in 1986. She is the founder and director of the Kinship of Rivers project, an international project that builds kinship among the people who live along the Mississippi, Yangtze, Ganges and Amazons Rivers through exchanging gifts of art, poetry, stories, music, dance and food. She paddles along the Yangtze and Mississippi River and its tributaries, giving poetry and art workshops along the river communities, making thousands of flags as gifts and peace ambassadors between the Mississippi and the Yangtze Rivers.

She had many multi-media solo exhibitions: “We Are Water: Kinship of Rivers” a one-month exhibition that brought 100 artists from the Yangtze and Mississippi Rivers to celebrate water (Soap Factory, 2014), “Behind the Gate: After the Flooding of the Three Gorges” at Janet Fine Art Gallery(2007), “All Roads to Lhasa” at Banfill-Lock Cultural Center(2008), “Kinship of Rivers” at the Soap Factory(2011, 12), Great River Museum in Illinois(2012), Fireworks Press at St. Louis(2012), Great River Road Center at Prescott (2012), Wisconsin, Emily Carr University in Vancouver(2013), University of California Santa Barbara(2013), and many other places.

Wang Ping is Professor Emerita of English at Macalester College.

Born in 1963 in rural Hubei province, Huang Fan is a leading writer of poetry and fiction, known for his unflinching confrontation of contemporary issues in China with dry humor and dark lyricism. His poetry collections in Chinese include Elegies of Nanjing (2011), Selected Poems of a Decade (2013 )and Moon Losing Sleep (2018). 'Middle Age' was included in One Hundred Poems for One Hundred Years of Modern Poetry. The Eleventh Commandment was serialized and it received over 3 million hits and was rated one of two “must-read” novels for young people. His works have been translated into English, Italian, German, Greek, French, Japanese, Farsi and Korean.