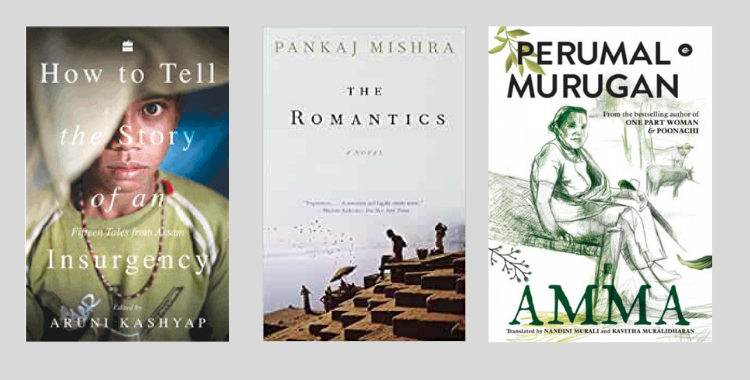 How to Tell the Story of an Insurgency: Edited by Aruni Kashyap

How to Tell the Story of an Insurgency, edited by Aruni Kashyap is an anthology of fifteen stories about the decades-long political and ethnic conflict in Assam – two translated from Bodo, nine from Assamese and four written in English. The title posits both an assertion and a question, the simple telling of intensely personal narratives woven around a complex public conflict that has often been relegated to the side-lines of history.

The stories reflect questions and uncertainties that insurgency and systemic complicity has left behind at the thresholds of homes and lives. It is this sense of the edge, the possibility of falling into the abyss or not being able to rise from it that informs these stories, drives their tonal texture. The actual violence at the heart of the subject forms the backdrop, but the stories are located at its peripheries, where the violence can easily reach, at any time, and also where it has already left behind its devastating traces – in the experiences of surrendered militants and the search for assimilations that continuously pulls at the rough edges; in the search for family members; in the seeking of revenge; in questions left unanswered; in disruptions made normative by the turmoil; in the hatred, distrust and loss that corrode families and communities. The stories are about all of these, as representative of plurality as an anthology’s restrictiveness can achieve. –Sucharita Dutta-Asane, Fiction Editor.

The Romantics by Pankaj Mishra

I read Pankaj Mishra’s The Romantics in 2020 during a time when most of the world was under lock down,precisely twenty years after it was first published. And yet it felt like one had been forever waiting for this book. Only by the time you reach the end of this book, do you understand the relevance of the title and why this debut book by the writer is such a stunner.

Samar is a young graduate from Allahabad University, who tries to find his way through life after he comes to Benaras and becomes acquainted with the two worlds of the Hindu University, and the life of tourists who come here looking for an exotic India. Mishra’s scope is both historical and anthropological, as he delves straight away into describing what he sees around him in a fashion that can only be described as profound, yet journalistic in its precision. Characters like Miss West, an English expatriate or that of Rajesh an interesting goon in the university, are brought to life with intricacy and empathy, while still being detached from it all.

While Mishra is the insider experiencing and describing the gamut of North Indian life, culture and politics, the reader senses a strange detachment that is both romantic and idealistic. Samar’s love for books shields him from becoming part of the world he inhabits, and gives him the air of a curious flaneur-raconteur. Throughout, the writer blends the harshness of the people and his surroundings with a soft humour, vulnerability and a deep sensitivity that is evident as the character of Samar travels from Benaras to the foothills of the Himalayas, and down South to Pondicherry.

There is no better way to dive into India and its essence- our Passage to India, this. – Maitreyee Bhattacharjee Chowdhury, Poetry Editor.

In Amma, Perumal Murugan brings to readers a portrait of his mother in twenty-two essays. In doing so, he also gives us an unromantic picture of agrarian lives that involves much hardships but also provides a healthy amount of bounties that have been lost in the march of time, especially in urban areas. We see a strong woman who had to deal with quite a lot of setbacks in her life—an alcoholic husband who dies early, his gambling addiction, loss of a child at birth, single-handedly running their farm for sustenance and income, besides the usual obstacles in the course of life.

Each of the essays dwell on a series of connected incidents which gives an intimate glimpse of the author’s mother and the immediate surroundings. While reading about the grit and determination of a strong woman, we also get to see the cadence of life at a time not so long ago when man and nature coexisted without competing with each other. Sentimentality does not have any place in these essays, rather, the straightforward narrative offers a loving glimpse of a mother who is at once protective and fierce in the upbringing of her sons. Told with rare honesty, this book of essays offers a soothing read in the tumultuous times we are living in today. –Fehmida Zakeer, Essays Editor.

[Every month, The Bangalore Review recommends a reading list, also mentioning in brief why each book must be read. This month’s list has been compiled by the Editorial Team.]