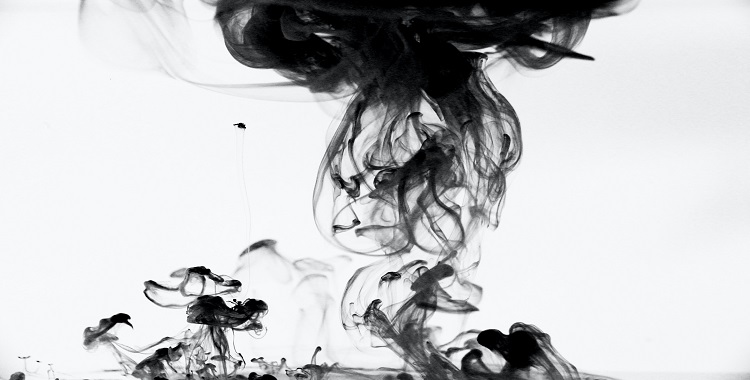 When he was five years old, my grandfather discovered how to converse with the dead.

It was a time for believing in Argentina. The Man with the Famous Wife just nationalized the railroad. His Famous Wife had spent the summer handing out mattresses across the countryside while factory workers competed to break world records in her name. In Buenos Aires, progress was a gleaming thing. The streets were paved with marble smooth enough that the Criollo horses that powered the city often lost their footing and slipped, which felt tragic, but also provided the immigrant neighborhoods with a regular infusion of fresh meat. Above the fray, new high rises sprouted daily from freshly set concrete. Flags of the smiling sun streamed from every window.

It was a time for believing in Argentina and my grandfather’s newly migrated family were ready to believe. Their old world in Spain had ripped itself to shreds. But this new one was freshly sewn with fibers taut enough to vibrate at the slightest pluck. The family could believe anything possible, the clairvoyance of their youngest son included.

The esteemed Agramonte clan scholars often quibble about the details. But they all agree on how it began. It was a crisp autumn evening, as Gardel played on the phonograph, that my little grandfather waddled into the living room and announced his conference with the dead.

Abuelita, he said. Tío Pulí says he loves you.

My great-great-grandmother laughed. She pinched his milk-fat cheek. I love you too, she said.

No, Abuelita, my grandfather replied. It’s Tío Pulí who says he loves you. He says he wishes he could come back home.

My great-great-grandmother transferred her glass of red wine from one hand to the next. What do you mean, my love?

He wishes he never went to the war, my grandfather continued. He does not like being dead.

At this, my great-great-grandmother’s glass slipped from her grip and crashed against the floor. I am told by the esteemed Agramonte clan scholars that the warped hardwood of the family’s apartment in the Nuestra Señora de la Oportunidad cooperative housing development in Chacarita is still stained from that spill to this day. I cannot verify the veracity of this claim. Nor am I confident that it even matters.

An emergency meeting followed the morning after my grandfather spoke as dead Tío Pulí. The family gathered on the local bocce court, hats in hands, seated on the ground, where the blooming Jacaranda trees cast generous shade. Accusations flew. Indictments were drawn up. The young boy was supposed to remain in the dark about the Civil War back in Spain until his tenth birthday, the sole request of his departed guerilla parents. Compromising their dying wish deserved excommunication.

Whoever is guilty must present themselves, my great-great-grandmother said to the family. You have robbed this boy of his blissful ignorance, she said, crumbled memories of the medialuna she ate for breakfast following her words into the air. You have stolen from him!

The esteemed Agramonte scholars maintain that my great-great-grandmother was a confident woman. The literature is murkier regarding the family’s reception of that confidence.

An Agramonte aunt rose to her feet. Lilliana, those who cannot recognize their own reflection should not offer beauty advice, she said. Maybe you should point a finger at that crazy, do-nothing husband of yours instead? What do you say, Carlos?

My great-great-grandfather—nose-deep in his notebook—looked up. I do not speak about the dead, he said, and dropped his nose back down.

The Agramonte aunt swept in, lifting the notebook from my great-great-grandfather’s hands. Look! she said, flipping through the heavily marked pages. Look at all these crazy scribblings! He lives in fantasy world. He must have been the one who filled the boy’s head with stories.

Grunts of approval rippled through the air. Though eventually proven innocent, my great-great-grandfather’s culpability made sense in theory. By all accounts, he did live in a fantasy world. He was poet. Not a successful poet. But a poet. And a zealous one at that.

Before he came to the new world, my great-great-grandfather never wrote a single line. He never extolled the beauty of a rose or lamented the melancholy of an early winter evening. He never even once meandered silently in the rain with his hands clasped behind his back. But, as the story goes, he became a poet while the transatlantic liner that took the family from Spain to the new world approached the Buenos Aires coastline. He was on the deck at the time, starboard, when a bright light emanating from the coast suddenly rose up and blinded him. In the glare of the light, which he took to be the famous electrified skyline of Buenos Aires, the Muse came to him. In that moment, as he’d later write in his multi-volume memoirs, inspiration spread within him like a drop of ink in water. He blinked away the glare and weaved through the baying crowd to return to the sleeping quarters. Once there, he climbed to the bed he shared with my great-great-grandmother and orphaned little grandfather—the fourth canvas hammock strung up vertically in a column of five—and lay down on his belly to write onto the hammock with the sliver of graphite he used to teach my grandfather the alphabet. And so, amid porridge stains and sleep marks, my great-great-grandfather wrote a poem. Twelve lines, three stanzas. His first. Written at age fifty-one, in honor of the blinding brilliance of Buenos Aires. By all accounts, not his finest work. A little florid, with a few grammatical errors, and (according to transit records) most likely inspired by the headlight of another transatlantic liner returning to Europe to restock with immigrants than the Buenos Aires skyline. But still. Many of the esteemed Agramonte clan scholars maintain that the poem holds its own within the cannon.

It was not Carlos, my great-great-grandmother said, grinding the heel of her shoe into a patch of dirt on the bocce court. I have never heard my husband mention a single word about the Tío Pulí. Carlos is innocent. Though perhaps indeed a louse, she added, slapping him on the back of his head, the only part still covered in hair.

The family continued to discuss and dispute until the undertaker’s union arrived to reclaim the court, an interruption which rendered the feud unresolved, and the culprit unfingered.

In reality, there was no culprit. And soon, my little grandfather proved as much. Greetings from the old world began to flow from his lips with the momentum of Iguazú. He spoke as Tío Pulí, then as Francisco, then Pepe, then Mónica. He relayed kind greetings from the late, great Carmelita and ill will on behalf of that sinvergüenza Xosé Carlos. Once my grandfather started recounting whole family epics—some lesser known by even the most steadfast of the esteemed Agramonte clan scholars—the last drops of skepticism dried away. The accusations were shelved. The indictments were stowed. A miracle was among them.

Every Friday evening after the new power plants closed, the family opened their apartment to the public, charging two pesos for entrance and serving hot wine out of a large pot. Curious spectators flooded the living room to catch a glimpse of the boy who spoke to the dead. The crowds never seemed to bother him. My grandfather would sit on the cold floor with his little legs crossed and flick lit matches into the family’s gas-powered heater while delivering recent messages from the dead. Though he never communicated with the deceased of other families, no one disputed the results of the séances. Spiritualism had long since been debunked in the old world. But these new Porteños didn’t live in the old world anymore. Clairvoyance made sense in the new world. Argentina was rebirth. Why not for the ghosts, too?

Word of my grandfather’s abilities spread rapidly through Chacarita, and from there onto the rest of the city. It was a time for believing. Every new Argentine in Buenos Aires—Spanish peasant or Italian anarchist, Russian Jew or German tradesman—was ready to believe. In those days, hope sprung like a leak of unknown origin from every tenement, factory, or covered market. But hope is a waystation. There’s only two ways that track leads. Either the train gets where it’s going, or it doesn’t. And it’s all over thereafter, no matter what.

A few weeks before the Man with the Famous Wife won re-election, the séances ended. The line went dead. The gas heater went cold. My grandfather stopped speaking. The whole city came dressed in their finest on Friday evenings, dropping their pesos at the door and ladling their wine from the pot—only to silently stare at a young boy with nothing to say. My grandfather would only look into the open flames of the gas heater and explain, faintly, that no one from across the breach talked with him anymore.

But (as you may have guessed) they never did. Being clairvoyant, it turned out, required as little effort as reading, memorizing and making calculated inferences based on the content of my great-great-grandmother’s diaries. The whole enterprise was fake. My grandfather was a little charlatan.

I need not explain in full as the historical documents are widely available for perusal but, suffice it to say, news of the scandal quickly spread. The ongoing saga—the investigation from the cooperative housing board, the family denying the truth, the neighborhood turning on them, and the rest—appeared in headlines of local papers for months. Then, as the economy slid, it lived on in the comics sections. And even when the military took over, and the papers lost editorial privileges, the story of my grandfather, the child charlatan, remained on the lips of the oral storytellers down every winding path in Buenos Aires. Throughout it all, the family suffered. Some lost their jobs, or at least found their names among the first cull of the new industry-wide layoffs. A few missed their morning trams, which always seemed to leave the station only as members of the family just arrived. The price of bread doubled. Then it doubled again. My grandfather was to blame.

The esteemed Agramonte clan scholars maintain that you can draw a straight line from my grandfather’s deceit to all the terrible misfortunes that came in the years thereafter. They call it the original sin. They say that my grandfather’s false performance of miracles catalyzed the real tragedies to come. I am not sure. Karmic interpretation makes me nervous.

But here’s one thing I do know: it was not an entirely false miracle. The idea that my little grandfather could converse with the dead is almost as implausible as what he actually did. He was five years old, at the time. He could not tie his own shoes. No one had taught him how to read yet.

Photo by Katrin Hauf on Unsplash

Andres Vaamonde was born and raised in New York City, where he currently works as a book scout. He is working on his debut novel.