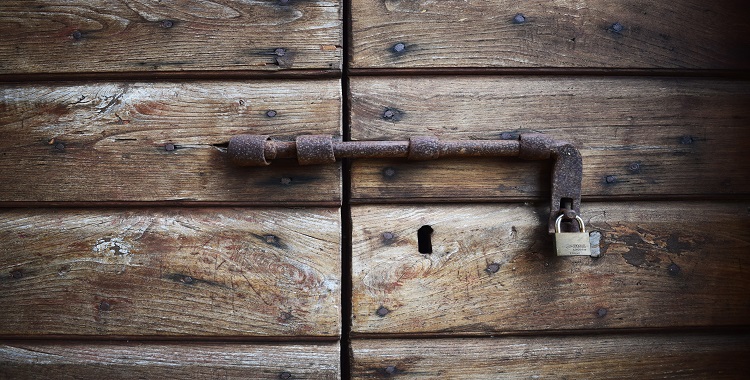 The tightening in the center of my back and a slight tingling sensation inside my nose let me know that she had arrived. Mid hug with an elderly neighbor and unable to extricate myself from the moment, she was able to slowly drift down the hall into the large chapel. Although faded and well-worn from the steady stream of mourners past, the thread bare carpet had managed to muffle the sounds of all footsteps but hers. The rapid beating of my heart and erratic breathing would have seemed abnormal had we not been at my husband’s wake. Given the circumstances, the people around me seemed not to know how I should or would act. Nothing in this moment seemed odd, unusual, or alarming. My gaze traveled to those closest to me, hoping one would have a tissue. I knew that blowing my nose it would decrease the twitchy feeling but increase my agitation. I continued to acknowledge those that were jockeying for my attention as I kept one eye trained to the door for her exit. Hearing laughter inside the chapel, I knew the photo slide show my sister and I composed overnight was having the desired effect. The laughs were likely induced from photos of our last trip to Tybee Island, both of us buried up to our necks in sand, wearing matching sunglasses. My husband, a big kid at heart, had coaxed my silly side out over the last 10 years. A big kid, still prone to big secrets and even bigger messes.

I had gotten a hint to this mess about 5 years ago yet I had never confronted him about her. He and I spent 20 years together. I’d instantly known when his energy changed yet, I’d never said a word. Had never seen a photo of her, but I would bet all the gold in my jewelry box that the woman I spotted was her. Something in the set of her jaw, the tilt of her neck, the slump of her shoulders, and the hesitancy of her step told me she was the one. Had we been closer, the pain in eyes would have been a dead giveaway.

She didn’t remain in the chapel long. Long enough to view photos she’d never seen before. Long enough to see images of him as a happy husband and father. Long enough to confirm why her latest calls and emails had gone unanswered. Long enough for her worst fear to be realized. Long enough to become visibly shaken. As I watched her, I tried to see if anyone else was watching her. Would anyone offer her comfort? To do so might expose the truth. I wondered who the traitor was. Who had been a co-conspirator to their relationship? Who had informed her of his passing and shared with her the details of the services? As she exited the sanctuary, we made eye contact and her discomfort was evident.

To her credit, she didn’t allow the intensity of my stare to make her look away but her steps became more unsteady. She swept her left hand across her forehead three times attempting to tuck the bangs that chose not to comply. Her footsteps wavered and the heel of her three-inch pumps caught the edge of the cheap carpet. Showing remarkable agility, she recovered without hitting the ground and caught herself before tumbling clumsily into one of the fake ficus trees. After righting herself, she quickened her pace to exit the building. I was forced to leave a coworker in mid-sentence as I jogged over to block her exit. My sensible heels allowed me to catch her with relative ease. Before she could utter a word, I enveloped her trembling body into a hug. Her perfectly curved eyebrows rose in unison at the embrace. To any onlookers, nothing seemed amiss. I was a grieving wife sharing a hug with someone at her husband’s wake. Only she and I knew that our interaction was far from ordinary. The short, rounded nails of my right hand were so deeply embedded into her left shoulder that she was sure to have five small half-moons bruises the next day. The floral scent she wore assaulted and irritated my struggling sinuses causing me to sniffle as I moved in closer. Her body was softer than it appeared and the heat building between us was causing a thin sheen of moisture to form on my upper lip. I swallowed a salty drip of sweat as I whispered words that only she could hear. “Belinda, I know who you are and I know all about your relationship with my husband.”

Her eyes opened and closed rapidly as if she were hoping that upon the next opening, I’d be gone instead of him and this moment dismissed as a dream.  “I refuse to cause a scene here, but I will be in touch. You have a few things that belong to my children and I, and we need to have a few words.” I released her from the forceful embrace with a shove. Her stunned face gave me a moment of pleasure as I turned back in the direction of the chapel and the visitors. I floated across the floor this time, feeling lighter and just a tad victorious. I returned Belinda to the mental box I had placed her in 5 years ago, and I continued to greet visitors like the dutiful wife that I was. This was just the beginning for Belinda and I.

Photo by Chris Barbalis on Unsplash

At 35, Taya Dunn Johnson’s husband died suddenly, leaving her alone with their 3.5 son with autism. Losing her love partner of 20 years devastated her and sent her spiraling into depression. She has used her personal challenges as a young widow and solo mother to a child with autism to strengthen the community around her through writing, speaking, teaching and performing advocacy work. Currently she works full time, is completing her bachelor’s degree, and can be found traversing the state of Maryland with her 11-year-old, Marcus, who has never met an activity, opportunity or sport he didn’t love. She is working on her memoir and her fiction novel, while simultaneously looking for a literary agent.