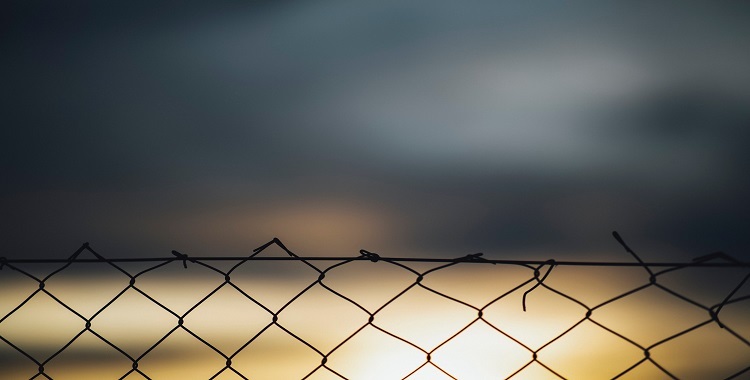 In the dusty, windy hills above Bethlehem, she drove alone along the lonely by-pass road leading north from Wadi al-Arayis toward East Jerusalem. It was a slower route than Wadad was accustomed to and the extra mileage added more than an hour to her work commute at her uncle’s travel agency. There was, however, an unexpected compensation, for what had once been an inconvenience brought on by increased Israeli presence at the regular roadblocks and checkpoints had lately turned into a tantalizing game, an illicit rendezvous with a man. Not just any man, though; this meeting was with an Israeli. A soldier, actually. But it had an added peculiarity: Wadad’s assignation was with a man she had never spoken with on any of the six times she’d encountered him at Checkpoint 104. They had only exchanged long looks.

Wadad hated the Occupation, but she didn’t hate most Israelis. It was complicated. Or maybe it was because she was complicated. That was more accurate, for how else did she view herself except as a simmering cauldron of conflicting emotions she could never explain to childhood friends in Bethlehem who hadn’t had a chance to go to college in Michigan or experience the world beyond the fractured prism of Palestine. Or Israel. Whatever one called it.  It was complicated. Throw in her American passport and extended family in Detroit and she was a mass of mixed loyalties and competing passions. Understanding Hebrew only added to the puzzle that comprised her. How many Palestinians – especially Palestinian-Americans – were enthused to master the Jewish language? It was a lot to package into a short, twenty-five year old woman whose reddish hair made her look less than fully Arab, but Wadad never shied from who she was. Even now. And what she knew these days was that she felt immense pleasure gazing at this particular Israeli soldier. She liked his soft face and thin frame beneath the olive drab uniform. She liked the way he tried to look brave standing in the road while being nervous. Who knew what the attraction was? The answer had to be complicated. She hardly even ever noticed the automatic rifle slung across his chest.

Wadad slowed her Hyundai as the gravel road narrowed between cement barriers that culminated at a booth of reinforced steel. Hers was the only car this early, and beneath the illuminated bulbs surrounding the booth that overpowered the blue light of dawn, she saw her soldier. As she neared, he stepped from the booth and raised a hand. Her car crawled to a stop. Under the lamps, the soldier moved around the vehicle like an attentive moth.

If she never paid much attention to his rifle, she was certain he was always aware of the Palestinian license plates on her car. No matter. Today, she’d talk to him instead of just being passed through. She wanted to, had to – even though she knew her desire was, at least on some level, all wrong.

The soldier reached the open driver’s window. She stuck her head out and presented him with a smile.

“This must be the highlight of your day,” Wadad said. “Or would you rather be at the beach?”

In the vague morning light, the soldier’s face was non-committal. Wadad held his gaze. Suddenly, a second soldier emerged from behind a wall by the booth and moved into the beam of her headlights. He was unfamiliar to Wadad but was everything her soldier wasn’t. He was large, swaggering, and wore a knitted kippah on his head.

“Don’t you want to check her car?” the other soldier suggested. “You never know about them.”

Wadad’s soldier bent down and looked at her, their faces only a foot apart. For the first time, she was able to look deeply into his eyes. She felt something pass between them.  What, she wondered?  All she could tell was that his face had relaxed.

The soldier nodded at Wadad, then straightened and faced the other soldier. “No, it’s okay. I’ve seen her before. She’s good.” He waved her on.

Wadad eased the car forward. She passed the second soldier without a glance and continued on toward the distant city. She’d return on this road tonight, and again tomorrow, and she’d keep coming back until she learned the soldier’s name and she told him hers. After that, things could become complicated. She hoped so. The thought made her smile.

Photo by Markus Spiske on Unsplash

Kevin Gerard Neill recently completed a 20-year career in public health in the United States. Prior to that, his life varied from a period spent in the US Army as a United Nations Peacekeeper to a refugee relief worker in Croatia. His time abroad has included living in the UK, Egypt, Israel, and France.