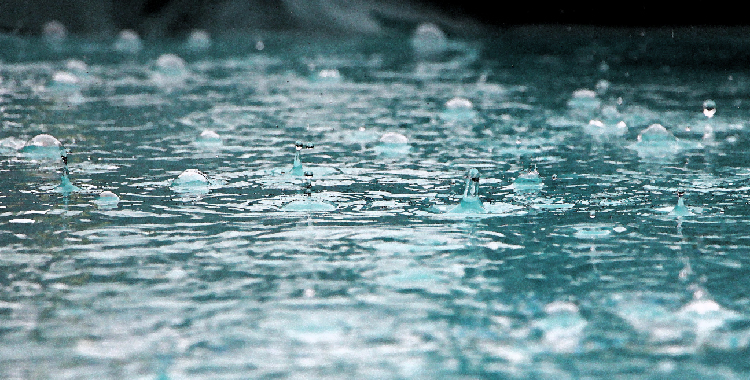 They sat across from one another at the cheap station café. Trayfuls of tea, carelessly poured into narrow-waisted teacups, hovered around them. They were each given one, arranged into a saucer decorated with the head of a Shah; six identical pictures, as if stamped neatly onto the shallow dish. The kings swam in the saucer, in hot, inexpensive, domestic tea.

The train was set to start its journey south in an hour. She had told her mother she needed to study for an exam with a friend. He had made up an excuse to his family that he preferred to say goodbye at home without fuss. He had hugged them one by one and they had escorted him to the end of the alleyway, with a bowl of water they would shed on the ground after he left.

The water wanted to fly and a June’s midday in Tehran was the best launchpad.

Maryam didn’t touch her tea. She was boiling enough with the black chador covering her slender frame. She stared at Bijan in silence. She watched every dot of his skin that was not covered with the khaki uniform, three sizes too large, a hundred shades too ugly, a million miles from the image of her beautiful man.

Bijan spoke non-stop, in his charming, charming, soft voice. His words got gobbled up by the buzz of the devout tea-drinkers with their faithful odours and licentious, lascivious leers. He produced a smile or two here and there. All Maryam could see was a coffin. All she could hear was the siren of air attacks. All she wanted was to exist in another dimension, or place, far, far away, beyond the reach of Iraqi fighter jets and Tehran’s bawdy morality police. Invisible to her voyeuristic neighbours, her big-mouthed aunt and her inefficacious, chicken-livered parents. She wanted to be far away, with Bijan, undressed on the shore of a lake in Japan.

They sat side by side at the lagoon’s edge and let it lick their toes as their fingers dug into the mud and each other’s flesh. The ocean stretched in front of them like an endless duvet. The world behind them frothed with fern and teemed with larch.

Sachiko had once mentioned that she’d never camped, never slept on the forest’s floor. When Kenji was thinking of a surprise birthday present for her, the notion of a one-week odyssey had struck him as the perfect idea. It would be a rare chance for them to spend a secluded time together, to become one in nature. Who knew if they would ever get the chance again.

The telegram had come and he had been summoned. He wasn’t sure if this was the moment to tell Sachiko, but how could he not? He had to. For so many reasons: their wedding date was already set; Hiroshima was no more; their parents didn’t know they had fucked; he didn’t know if she was pregnant. His head was on fire.

She laid a fire as he skinned the fish. After dinner he stared at the wick of a candle and observed the little button of red lentil that had formed at its tip. It was but a kernel in a kiln, yet so very still and dignified. Was this the same phenomenon the bodies of Hiroshima had observed before the final cataclysm, just last week? He cruised his hand over the flame to get a feel. One of his fingers came too close and shook the wick; the button spun from its base and into the liquid wax, shrivelling instantly into a black corpse. He could be that in two weeks. That is what he told Sachiko, pointing at the drowned bit of wick and running his hand over the small of her back and her unbearably smooth thigh.

Sachiko listened intently and weighed her options. She could scream and slap Kenji in the face for the timing, blame him for the telegram, criticise him for putting “duty” before her. He was to blame for the war, she thought, poor Kenji, sweet, poor Kenji, my poor Kenji. What if he never comes back? What if this is the last night we spend together?

The water, which had enough time to rest in the arms of the cloud, witnessed Sachiko’s thoughts and decided to come down and give her a hug. It rained. Oak stumps bloomed into gramophones and played Brahms third.

Reeling from a wretched number of whiskey sours, Perry and Jerome peered through the window of a record shop as Greenwich Village stood behind them drenched in rain. They swayed down Barrow Street to The Houston and watched the downpour drop melodiously onto the skin of the river.

I don’t know why this reminds me of Brahms, said Jerome, I must be tipsy. As a matter of fact it is just like his Symphony No 3, said Perry. Good to know we are both mad, said Jerome.

They decided to go to the memorial and get wet in the process. The water laughed at their innocence.

They took Greenwich Street and walked hand-in-hand the thirty something blocks to Ground Zero. By the time they got there it was forty-seven minutes past two in the morning and the water content of their clothes was enough to fill a few big bottles.

They leaned against one another and looked up at the mournful structure that stood in the place where it all began; where the parallel, upward tunnels once stood, the tunnels that had swallowed his mother, his brother, and showered New York in ash.

If you hadn’t spilt that glass of sparkling water at Windows we would never have met, said Perry. I know, but it was your mother who picked up on us giving each other the eye; imagine if she hadn’t pushed you to pluck up the courage! Yeah, right, you couldn’t contain yourself. Of course I couldn’t, have you seen yourself in the mirror? You were so cute that day. Lunching with mom. How I wish the four of us could have dined together just once, quaff wine in a fabulous bar, tease you about your ghastly taste in music.

Why did they have to make this into the most belligerently phallic shape, asked Perry. Because we are the greatest nation on earth with the most belligerent appetite for ugliness, said Jerome. Mom would have never approved of this vulgar design, said Perry. My brother didn’t know a thing about art or architecture, thank goodness, said Jerome, we’d give him numbers and he’d crunch them like monkey nuts.

The water listened in silence and smiled.

We should make a baby, said Jerome. We don’t make babies, silly, said Perry, we can find a baby-mama or adopt. Jerome kissed him as the glorious reflections of city lights tumbled around them.

Her waters broke. She gave birth in Almería, the humble jewel of al-Andalus, in a room that overlooked the Alboran Sea through white, lace curtains that danced to the breeze. The water surfed the highest waves and peeked through the floor to ceiling windows. It could see the small head of a boy emerge from the body of a woman whose coal-black hair curled like the wind. Would he grow up to fight in the Fitna, too, the water mused.

After fifteen years of wars, all you did was linked to them, one way or another. When Ahmed told Alexandra that they were to move to Almería at once, she tried hard to hide her jubilation. She went through the motions of being concerned for her husband’s political career. But none of it was real. She knew what it meant, that Ahmed was over as a minister, that the choice of the city in itself signalled a new season in their lives, one that would never match the opulence of their courtly life. But she couldn’t wait.

One thing Alexandra did not consider was the wrath of the Caliph. How did she forget what he did to his own brother? Those beautiful eyes fed to the crows. Alexandra didn’t think about the eyes of the Caliph’s brother, neither did she worry about her Ahmed at the time.

She was already pregnant, but still, she did not question the timing of the move. Just a fortnight into their settlement in Almería, the knights had located them. The only reason they took mercy on her was the visible bump, similar to one that a knight’s wife had at the same time. All they left her of Ahmed was a head hanging above the door, a trail of his dried blood clinging to the swollen wood. The rest of his body was tossed to the vultures.

The water could not watch.

It flew again and found a quiet spot upon a rooftop in Mafeking to find the Boers preparing to attack. The water cried and every wizened drop of it crept down the peeling ledges, froze and turned to stone.

Photo by Inge Maria on Unsplash

Ali May was born in Iran and his childhood was consumed by the eight-year war with Iraq. War, as a result, is one of the focal points in his writing. Geography of Attraction, his collection of short stories revolving around sex and travel was published in 2015. One of his stories was published in the anthology Desire: 100 of Literature’s Sexiest Stories in 2016, alongside Anaïs Nin, D. H. Lawrence, and James Joyce. He was a recipient of the Decibel Penguin Prize in 2007. He works in TV as a creator and presenter and he is the International Editor of the Erotic Review Magazine. In 2017, he was profiled in Breaking Ground: Celebrating British Writers of Colour.