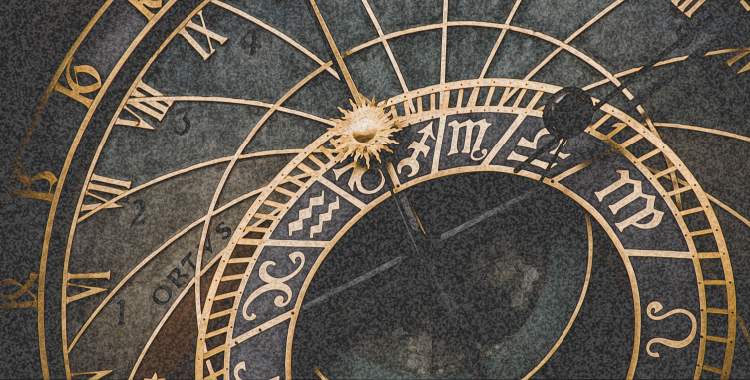 A man couldn’t remember the combination to a padlock. He didn’t want to break it, so he tried 0000, then 0001. He was prepared to go all the way to 9999, if needed. He had a family and various other responsibilities to attend to, so he only managed to try some 200-300 combinations per day. Eventually he reached the right one, and the lock sprung open.

His daughter, who at the time was only four years old, had sneaked up on him.

– What is that? she asked, looking at the piece of metal in his hand.

He explained to her what it was and told her she could have it. She turned it in her hands. Her eyes glowing with excitement.

He didn’t see the lock again for many years.

His wife died when the girl was six years old. They were at the hospital together, near the end. She stroked her mother’s hand. The dying woman was practically unconscious.

He was behind her. Tears ran down his cheeks.

She turned around. He cleared his eyes and met hers and was quite surprised by her calm and serious gaze. She pulled the sleeve on her mother’s shirt so that the forearm showed. On it, a complex symbol composed of circles, dots, and spirals was painted. He had known his wife for over a decade, yet this was the first time he ever saw that mark. His daughter covered it by pulling the sleeve back down.

Within a fortnight her mother was dead.

He remembered the mark on the arm the way you remember a strange and vivid dream.

Fifteen years later, he visited his daughter who had moved far away from home to study architecture. He was alone in her dorm room while she was attending class. A black wooden box on a shelf caught his attention. It had a strange symbol carved into the lid: circles, dots, and spirals. It was locked with a combination padlock. He started at 0000, then tried 0001. He was prepared to go all the way to 9999, if needed. He didn’t pause. After four hours, the lock opened. The combination was vaguely familiar. He opened the box. A human head, grey and black, lay there. The smell was sickening. It was his wife’s face. She looked straight at him with shining white eyes. She opened her mouth. Something black and slimy emerged between her lips.

Behind him, their daughter.

– Close the box, she ordered.

He did so, and there was silence, until she said:

– I will give you a choice. I can either tell you what I am. You will feel my power, my hunger, my rage. And you will never love me again. Or you can continue living in the fantasy we have created for you, in which I’m still your daughter who studies, plays volleyball and goes to parties. It’s your choice.

– It’s in my powers to make you forget.

Thirty minutes later, they had dinner at a Chinese restaurant. They laughed. She seemed relaxed and happy. This wonderful, ordinary woman – his daughter –  was the joy of his life.

Photo by Fabrizio Verrecchia on Unsplash

David Olsson lives in Stockholm with his family. He writes essays and fiction and is the founder of the Instagram account @p_r_o_j_e_k_t_e_t. His work has previously been published or is forthcoming in Microfiction Monday Magazine, The Esthetic Apostle, Burningword Literary Journal, From Whispers to Roars and Sonder Midwest.