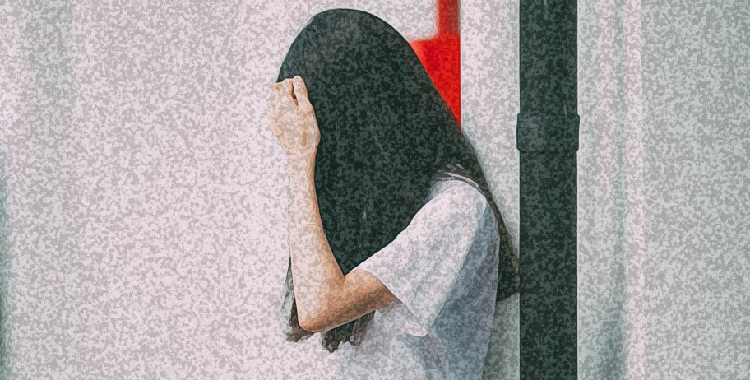 Everyone knows people who live in glass houses shouldn’t throw stones, you catch more flies with honey, that love makes the world go round.  This is how her parents explained the world to her. Don’t count your chickens before they hatch, they said. An apple a day keeps the doctor away.  She always ate her apples.

But she couldn’t prevent visits to the pediatrician, whose office smelled like an eruption of vitamin pills and who promised needles that wouldn’t hurt, though they always did.  There was one visit when she was three or four, her sister playing in the corner, her mother standing at attention. The nurse weighed and measured her, then told her to climb up on the table, where she shivered in her undershirt and flowered panties and wriggled on the noisy paper.  The doctor came in.

The doctor had a moustache she did not like, a smile she did not trust.  In his hands was a manila folder. He opened it and read from it for a minute.  Then he looked up and said, “Well, this one’s a real peanut.”

A peanut.  Her sister, with straight hair, with her mother’s blue eyes, would grow up to look like her mother but not the one exposed on the table. She would develop a brown, ridged skin and look like Mr. Peanut.  The doctor said so. Expect the unexpected. Truth will out.

She stood by the mirror every morning to check her reflection in the mirror.  Was her skin still pink and freckled? Was it soft? Had ridges formed overnight?

She had to stand on the living room couch to get close enough to the mirror to see, her knees braced against the leather back.  A huge mirror hung above the sofa, a deception to make the room appear bigger, the sort of thing you see in cheap restaurants and the homes of Jewish retirees in Florida. Though she looked and looked, there are none so blind as those who will not see. That was another thing.  She couldn’t see. She walked around in a haze, never admitting she didn’t see the first star to wish upon, the crumbs she dropped on the floor, the way her mother waved good-bye from the door. Her fear of drowning was especially acute; who knew what could overtake her in the water, blinded by the sun, deafened by the sound of her own heartbeat. When another doctor told her parents she needed glasses, they said, “Oh, no.  She’s too cute to put into glasses.”

The neighbor who cut her hair said her hair was so curly, next time she would brush it with her poodle’s brush.

Hair of a dog, blind as a bat, a real peanut. This is how she grew up, waiting for disaster to strike.

She got glasses. She learned to use hair products like Frizz Ease.  She learned about metaphors, but still she was anxious. She was especially anxious when she rode her bike to work, but nothing ventured, nothing gained.  Not that she didn’t take precautions. A stitch in time saves nine. You can wear a helmet, attach a rear view mirror to your glasses, follow the laws. Ignorance of the law is no excuse, so she always rode on the correct side of the road and used hand signals when turning.

But she couldn’t predict the driver who would open his door without looking and fling her hapless self into the path of an oncoming car.

The taste of dirt, a searing pain, sirens, blinding lights, strangers’ voices. She was lucky she was told. She would heal. The driver, who called 911, felt so guilty he promised to cover her medical costs, and they became friends.  A friend in need is a friend in deed.

Casts, crutches, home, love making. East or west, home is best. She woke each morning beside the man who almost killed her and smiled. He reached over and brushed the hair off her face.  He said, “Good morning, Curly,” and she replied, “Good morning, Mo.” She was safe, he was her bird in the hand. The worst had happened and she survived; she was thriving. When life hands you a lemon, make lemonade. This lemonade was sweet, sweet and tart, and satisfying.

Andrea Chesman is a food writer and cookbook author. Beyond her food writing, her fiction has appeared online in Green Mountains Review and in the print anthology Twisted, published by Medusa's Laugh Press, which nominated her story for a Pushcart Prize. She will have a story in the Spring 2019 issue of The Offbeat. She lives with her family in an old farmhouse, where Robert Frost was a frequent visitor. A photograph taken of Mr. Frost in her dining room is a source of constant inspiration.