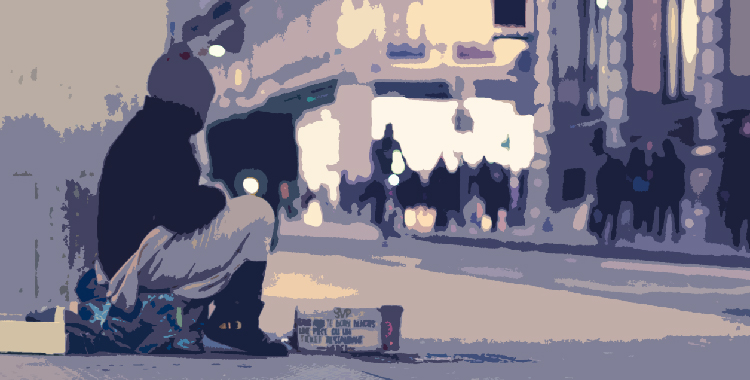 Once I came across a homeless person in Seattle. He asked for money. I gave him a dollar. He said, “Don’t you have five bucks?” I laughed recalling the demanding beggar. I also pondered out loud to my friend if he was one of more than 5,000 homeless people who were rounded up nationwide by Bhagwan Rajneesh’s commune in the 1980s for a voter’s scam. The poor homeless guests were later released on the streets of Portland and other North-Western cities after spiking their beers with drugs at the bizarre ranch.  But my friend Malini Patel insisted that there were indeed honorable and virtuous homeless folks in America. She and her hubby had met one.

Malini said, “His name was Chili Man. A suave old man with long silver hair. The guy stayed at our motel for four years. He called us Mr. and Ms. India.”

Malini swore she and her hubby didn’t know Chili Man’s real name. He registered himself as Chili Man. Chili man was a Casanova: tall, flamboyant, rarely not seen in a Hawaiian floral shirt. If he saw a lady he would go out of his way to have a conversation. He would praise and raise her spirits, no matter what her age. Chili Man was a large-hearted man. When his siblings couldn’t look after his mother and grandmother, he cared for both the ladies, by himself, for seven years. After they were gone he sold the house and came to live in Malini’s motel.

Chili Man got his name because he could eat the hottest chili in the world. When Malini’s hubby gave him the ghost chili, the mother of all chilies from India’s northeast, he took a bite and had gone beet red on the face. Malini’s hubby took several bites. Nothing happened to him. Astounded, Chili Man gave him a showy bow. Bending down low, he said, “I pronounce you the Chiliest Man.”

Chili Man did odd jobs at the motel to earn his living. He was good at electrical wiring, painting or just any job he was asked to do which he performed with sincerity and focus. He planted bougainvillea and other perennials in the property and took care of them in his spare time. He kept the grounds of the motel in tip-top shape.

Some weekends he drove Malini to farmer’s market in his van. One day he asked her if she would be interested in having lunch with him at a restaurant. Malini said, “I need to get back home to make dinner for my husband and children.” Chili Man said, “Malini, you are the best. Any other lady would be happy to accompany me for a meal. Not you. Your family comes first.”

One time, Chili Man was gone for several days. Malini and her hubby worried for him. There was no way to trace his whereabouts. Soon they got a call from the hospital. The nurse said, “Our patient says he has no relatives, but he has close friends, Mr. and Ms. India.” Malini and hubby rushed to the hospital. Their Chili Man was happy to see them. He whispered in Mr. India’s ears, “bring me some razors for shaving.” He winked. “I must look good for the nurses.”

Chili Man came back to stay and work for a couple years. Then, a call came from the Police Station. Chili Man was in trouble. He fought with a gang of people risking his own life. It was his fault. Mr. and Ms. India rescued him from the prison stay. But Chili man had to regularly report to the jail to which Malini’s hubby drove him every month.

Chili man invited the hubby for coffee at McDonald’s one time returning from one of their early days of penal appointments.

Chili Man said, “Let me tell you, Mr. India, I am not new to prisons.”

“What do you mean?” said the hubby.

“That I have tasted prison life a long time ago. Now, don’t get shocked. I was just seventeen. A young member of a New York mafia family. Imprisoned for a petty crime. But that’s not the worst part. One night I saw a prison guard doing it to a young prisoner buddy of mine. My blood boiled and raged. I grabbed the guard’s gun and shot him. They put me in juvenile detention for three years. Then I left the East Coast for good and came here, to San Diego.”

“Don’t mind saying anything. That was a long time ago.”

Their friendship became even stronger after this revelation. Malini and hubby were in awe of the polite criminal-cum-homeless-buddy of theirs. In their eyes he was a hero as well as someone with a dangerous streak in him. Soon Chili Man got used to eating Malini’s steamed dhokla for snacks along with his favorite donuts with coffee. He insisted on doing more work for them in exchange for his motel room.

As they entered, one by one the members of Chili Man’s large and boisterous family came up to them and greeted them as their own. All of them knew who Mr. and Ms. India were. Only they did not know anyone of them. After the cremation they were given the honor of carrying Chili Man’s ashes. The procession led by Mr. and Ms. India carrying Chili Man’s remains went all the way to the seaside. Then, Malini and hubby opened the lid of the decorative urn. Together they immersed the jolly old Chili Man into the sea.

Malini’s eyes moistened. She said, “Never ever judge a homeless person. Each one has a story.” She gazed into the horizon. Said, “Homelessness is a nationality now.” Atwood said it before, but it occurred to me with a pang in my heart that only a few and fortunate ones in such situations had silver linings. Did Rajneesh’s temporary and discarded guests have any such luck?

Image: Photo by Ev on Unsplash

Mita Bordoloi has a recent MA in Creative Writing and has also published five children’s picture books. One of her short stories was a semi-finalist for Nimrod International's Katherine Porter Prize in fiction and two stories were published last year by Anomaly and Gratis. Mita has a BS from Washington University in St. Louis.