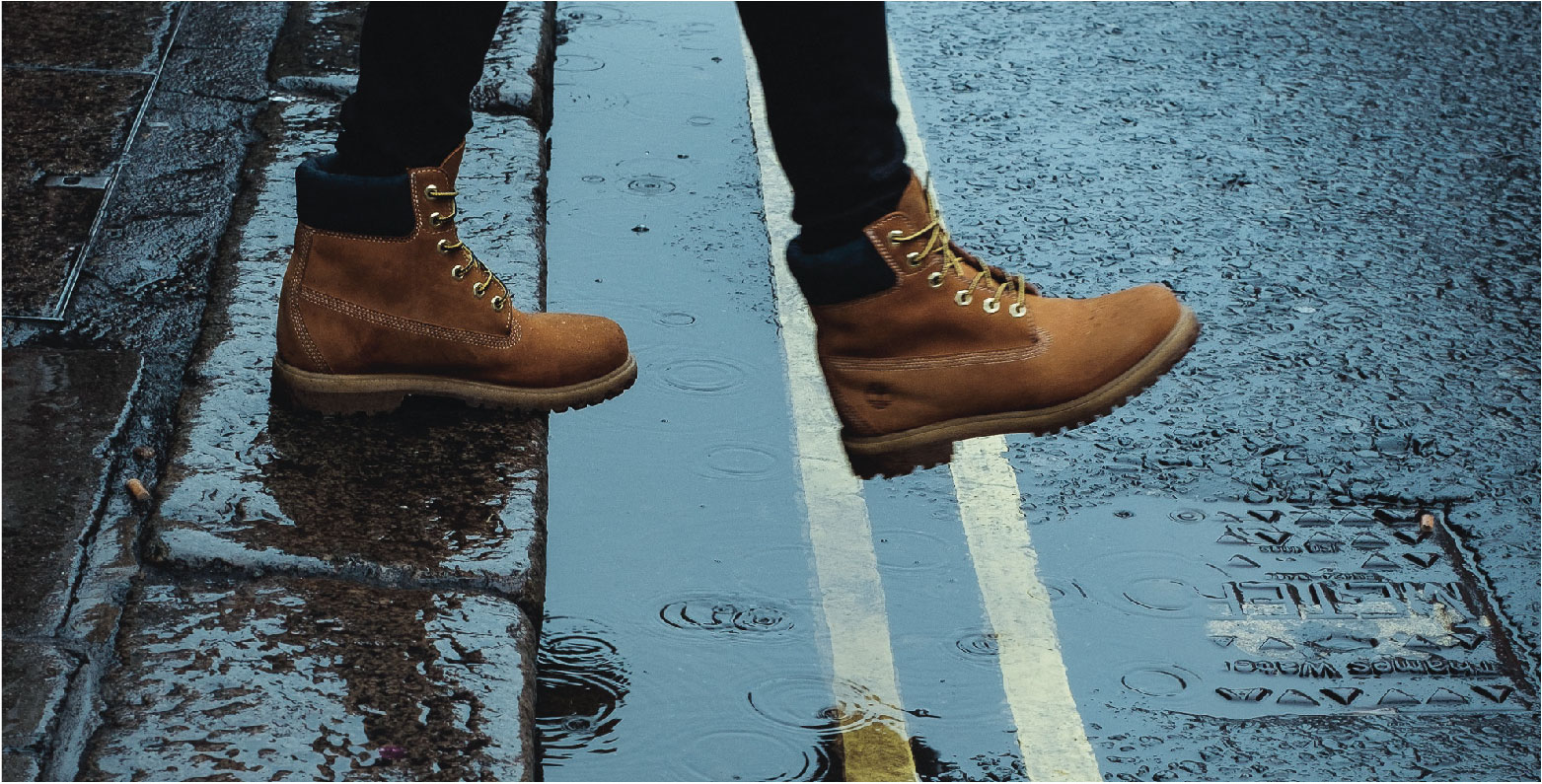 AThe woman standing outside in the drizzling rain without an umbrella is Suspect X and has been under surveillance a while now. A black leather handbag dangles from her folded left elbow and a yellow nylon sack juts out from underneath the same arm. Her grey knee-length coat has become soaked, more at the shoulders and down the back and her short blond wig by now must have taken in much water too but from where she is standing, just outside the small red umbrella of the cooked-maize seller, I presume she is not really bothered over this weather.

Above her, flashes of lightening serrate through a fusion of gray clouds creating crackles that are followed by  ferocious booms. But it does not ruffle her one bit. She haggles with the maize seller a bit, peering occasionally into the big cooking pot and pointing at the husked ears of cooked maize that she wants, then says something that makes the maize seller laugh out loud. He packs the edibles in a double fold of cellophane. I watch.

The last cigar from the pack that my younger brother couriers from Italy sticks out from the corner of my mouth and rolls of smoke exit my nostrils to mix with the smell of dirty bodies, the steam from the hot pepper-soup and the nkwobi, and the pleasant aroma of locally brewed beer that defines the air in Heaven’s Bar, where I have sat most evenings for a cold drink and to gather information about Suspect X. Sometimes I have imagined playing the role of God, I have wondered too, if this is the way He observes us all the time, probably while sipping hallelujah from a stainless steel cup and smoking a wrap of hosanna. But Abdullahi, my friend, is quick to caution me. He says God does not smoke because it is not written. He says too that smoking will kill me!  But this is a joke. We both know that Ada will kill me with her nagging sooner. The truth is, I am like a roll of cheap ganja burning from both ends and burning fast.

Across my table, a couple shares a bottle,  and converses in low voices, leaning towards each other so you would think they wanted to kiss. The way they shake their heads occasionally, and wag fingers at each other, I conclude it is an argument. The man  glances at me at intervals, the look in his eyes evident that he disapproves of my public smoking.

Who cares anyway? This place is the slum where the work force of the big city lives. Where everything and anything goes. On the map of this State, you will not find it marked because originally it was a barren land until cheap labour started seeping  from the villages and settling here with their make shift tents and sheds made of tarpaulin. Then one day, someone built a permanent residential shack and soon it became a community of cheap labourers. Here, bars like this built with aluminium roofing sheets and food bukas with falling signposts where man can go to have a decent plate of meal at an affordable price, abound. They cluster amongst several residential shacks that now stretch out on both sides of a wide muddy road. A few block buildings stand prominently, symbols of improved housing of the present world.  Two such buildings stand side by side, breaking the line of shacks to the right of the road, a little distance away from the bar I sit in. The rest are situated deep in the settlement. Over the years, the power supply has been erratic, resulting from vandalism of power cables and fittings by hoodlums, and only a handful can afford gasoline generators. However, despite these setbacks, I have observed with time the arrival of people from almost every walk of life—there are engineers, lawyers, traders, unemployed youths, thieves, a pastor, prostitutes offering a quick shag in the back room of most bars, and even a doctor who lives off the road.

Outside, the rain continues its assault on Suspect X. She pulls out a long black shawl from her handbag and covers her hair, throwing its ends over her shoulders. Then she shreds one maize ear from the pack of its husk and gnaws at the kernels intently rolling the sturdy stalk as she eats almost impatiently, she is hungry.

Soon, the Almajiri Children will gather around her. They are the homeless kids who beg for alms on the major roads in the big city and here, everyday, in this little community where everybody cares about nobody, they meet. She buys them cooked maize on some days and then they go with her to an abandoned mosque that  she has converted to a shelter. There, they sing and clap into the night, and she has been teaching the little girls amongst them how to ululate. Usually their numbers will begin to reduce, and in a month, the faces I notice when I look out the window are new, their voices angelic and innocent.

My friend Abu will join them soon. He hates to be part of Almajiri but who amongst the kids likes to be? Fate has played with their lives.  Later I watch him slip into the cluster of kids who laugh as they pat his back. The woman smiles too as she rubs her palm against his kinky hair. Each time she looks quite happy to see him and today, I watch her buy him two husks of cooked maize.

As the day glides completely underneath a veil of darkness, Suspect X walks into Heaven’s Bar and orders a bottle of Heineken while the kids run off to play under the rain. She takes off her wet coat and drapes it across an empty wooden chair close by, not minding the  dripping water. I imagine the bar man squeezing his brow and cursing her under his breath. Then she drinks half of the Heineken and leaves the remaining on the table. She never finishes her Heineken. The dull, yellow light from the kerosene lantern hung at one end of the room,  typically seen in most homes and establishments here, illuminates her figure. She has a set of wide eyes that seldom blink and she keeps them low to avoid staring at people in the face, especially in this crowded place. Her lips are small and set in a face with thick jaw lines that look more masculine than feminine. The shawl wrapped around her neck is damp and sticks to her  hair and chocolate colored skin. When she walks, she limps favouring her left side and when she leaves the bar now and goes out in the open where rain is still falling, the couple across my table argue louder and a look of displeasure washes across the man’s face. How can a woman who was drinking Heineken be in such a rush? I hear him ask, snapping his fingers and shaking his head simultaneously. His woman is visibly riled by his remark, and asks if women can no longer drink Heineken in peace again. She asks this too loud, and suddenly the atmosphere that was a mere murmur resounds  with raucous laughter. Claps erupt from the table at the south end, from a group of young men known to everyone here by the name: Equal Rights. Equal Rights argue about everything and anything—topics that bore most of the illiterate patrons here—from toxic foreign policies and how they restrict international trade, to rumours on Facebook about the silicon breasts of an American singer exploding on stage and killing six people in Florida. It is for peddling rumours like this that they get free drinks on most evenings, not speaking big-big foreign policy grammar with their hungry unemployed tongues. They walk up to shake hands with the woman in turns, each exclaiming, “Equal Rights!”

Soon, the children gather and walk with Suspect X into the darkness. They clap their hands and sing to Olamide’s Wo! that is blasting from the loudspeakers in another bar close by while a gasoline generator hums its loud presence outside.

The barman and proprietor of Heaven’s Bar call them her children. “She picks them off the street and sends them to places where they learn trade, so they can be useful,” he says. His Igbo accent is thick and laced with a distinctive dialect—as if he is rolling some words like balls of amala on his tongue before spitting them. Later he tells me he is from Owerri, a small town in the east.

Ebuka Prince Okoroafor is a Nigerian Medical Student. His work has appeared on Praxis Magazine, African Writer and Kalahari review. He was a selected winner of the Green author prize 2017.