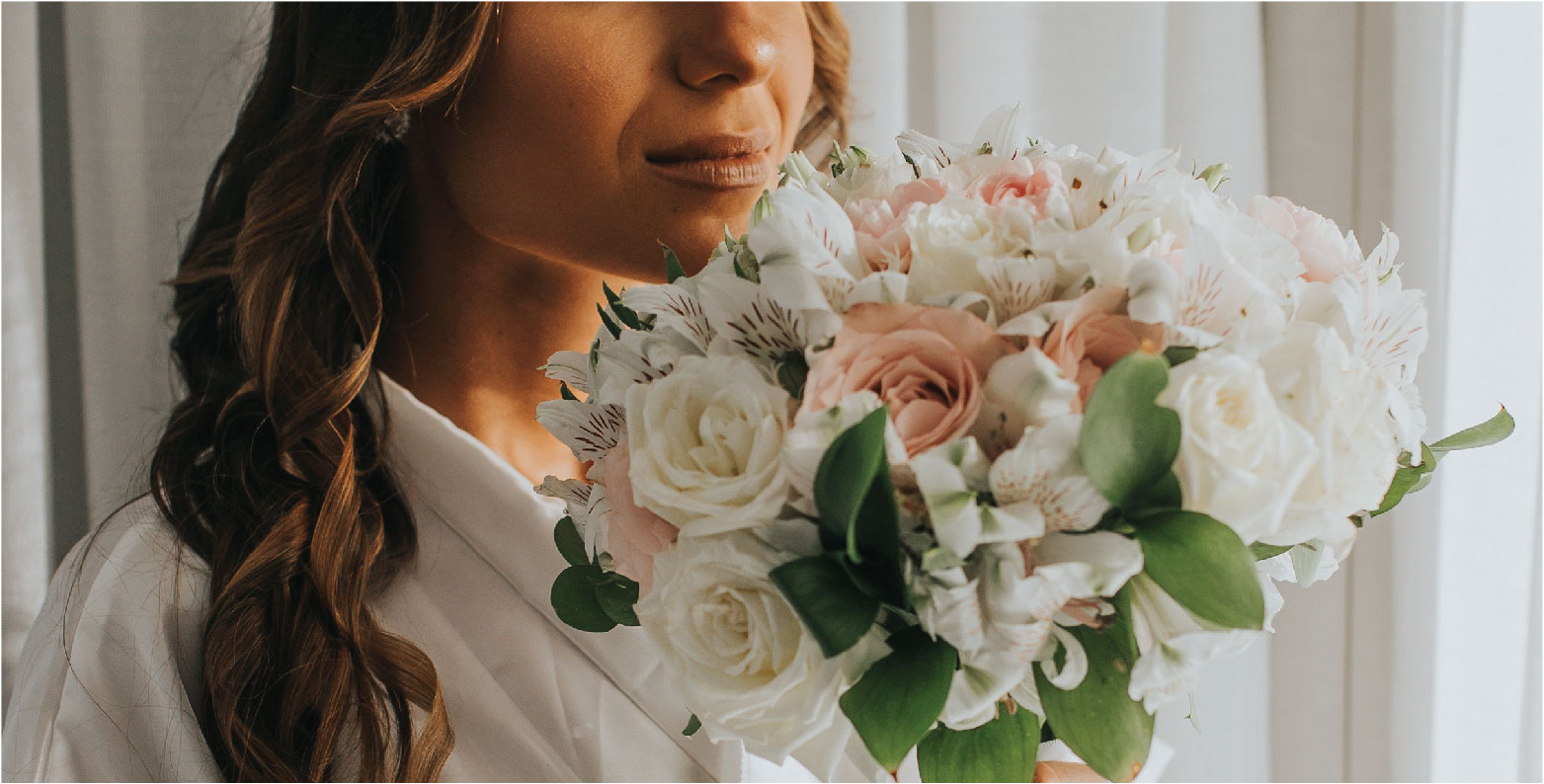 Tell her, just tell her, I told myself. She towered over me on Broadway as we crossed in front of traffic, her long legs stretching from a camel skirt, her blonde waves tossing over herturquoise blouse. It’s just Wendy, I told myself; she’ll understand. Tell her you have a crush on her. You’ll both have a good laugh.

Wendy’s long face, like a comedian’s, was made for laughing. Her wide mouth fully extended when she laughed, lighting up the office and relieving the residual sadness in her eyes.At forty-three, she was seventeen years my senior and had suffered a greater number of bad things, so she appreciated laughter. Our friendship had been made through the wisecracks and Xerox art we traded across the desks where we sat close every day. We had had many lunches together, but tonight, Wednesday, August 19, would be our first dinner.

By the time we got to Domenico’s at Sixty-Seventh Street, my shirt was damp from sweat and the late summer sun was low among the skyscrapers. I opened the door for her, felt the gust of air conditioning, ached with longing as her slim hips and pear-shaped backside passed by. She was too tall for me, too old, too married, too rich, too pretty. I was just an Ecuadorian kid from Queens, with coarse black hair, a big nose, and a skinny chest. But a man could dream.

“I thought this day would never end,” Wendy said. “Ned works us both like dogs.”

“You know, I’d like to be worked like a dog,” I said. “Most dogs have very light schedules.”

She let out one of her guffaws, which combined rough release and femininity. “I’ll tell you who has a light schedule, the lobby people.”

This made me guffaw. We had an ongoing joke about the weird reception and security personnel who populated the art deco lobby of our workplace, the Association for Liberal Learning, or ALL.

Wendy had reserved a table for us and the maître d’ led us there under the white tin ceiling, past theatergoers,couples on first dates, and earnest business types. This was 1987 and smoking was still permitted in Manhattan restaurants, so clouds of smoke hung over the tables. Since most of the men wore jackets, I worried that I was underdressed in khaki slacks, a light blue shirt, and my tie from work. As a lowly secretary, I was not required to wear a suit like our boss Ned. And whenever I did wear a suit, at twenty-six it felt wrong, as if I were in drag.

It didn’t matter. I knew Wendy would forgive such things. She thought as I did, giving not a fig for social expectations, caring instead aboutthings like humanity, humor, movies, religion, books. Anyone else might have considered it odd that she, a consultant, was taking a much younger male secretary out to dinner, especially when the secretary was getting married in three days. But it was her way of celebrating my marriage.

We ordered drinks—red wine for her, Scotch on the rocks for me—something I never could do with my fiancée, Margaret, a teetotaler. Wendy pulled out a book she was reading that Ned had recommended, The Closing of the American Mind. It accidentally knocked the candle against the bud vase, making the two pink carnations vibrate but not topple.

She made a face. “No. I’m only reading it because he forced me. It’s bad enough he orders me around all day, but he thinks he has a right to shape my mind after hours too.” She looked at me curiously. “Have you quit smoking yet?”

Wendy knew that I had promised Margaret to give up cigarettes, but I had three nights to go. I pulled out a pack of Kents and offered her one. “You’re an angel,” said Wendy. We lit up. What a luxury to smoke with a woman. I told her I was reading Augustine’s The City of God, and she remembered how much she loved his Confessions. “Our hearts are restless until they rest in thee,” she quoted, exhaling smoke. “That’s the line that gets me. It’s what my generation called heavy. How do you think Augustine got so heavy?”

“Well, he was the Bishop of Hippo.”

She guffawed so loud the people at the next table looked at us with concern. The racket of conversations and clattering dishes around us seemed momentarily to subside, then revived. Wendytouched my arm, a gesturethat always sent me flying. Her own forearm had a fine down that I wanted to touch in return. “This is what Ned will never understand,” she said. “Our deep connection. We’re soulmates.”

Maybe this was the time to tell her how I felt. But she continued talking. “That’s why he’s trying to split us up.”

I shifted in my chair. “I thought I was imagining that.”

The waiter tried to take our dinner order, but we were so busy talking we postponed it in favor of more drinks. While we smoked and drank, Wendy laid out her theory that Ned Rain, the associate director for academic affairs at ALL, had been acting like a jealous man. Even though he, like Wendy, was married, and even though I was getting married, he had behaved the last few months as if we were all single and he and I were vying for Wendy’s affections. He had prevented one of my lunches with Wendy with the pretense that he needed her to work, thenhad taken her to lunch instead. “Sorry, Joe,” he said with a triumphant smile as they walked past. They looked good together—both tall and middle-aged, walking with the same long-legged stride.

Then there was The Untouchables. When that movie premiered in June, with Kevin Costner and Sean Connery fighting Al Capone in Chicago, I privately told Ned it was terrific and Wendy privately told him she hated it. Later when all of us were together, he said, “Joe, Wendy thinks your movie stinks.” Mortified, she tried to defend her position, and I defended mine. It was our first fight. Ned bobbed on his heels with glee.

“I think he sees the bond we have and he knows he can never have it. I told him I was having dinner with you tonight and he practically hit the roof. He keeps trying to get close to me and I won’t let him.”

I wasn’t sure about that. Wendy often spent long hours in his office, as I had noticed by watching the clock hands crawl. I mentioned this and asked what they talked about all that time. “I have no idea,” she said. “I’m trying to get some work done and he just jabbers on.”

The truth was, I could understand if Wendy was attracted to Ned. Before becoming a Rhodes scholar, Ned had played college basketball, and he was still treelike in stature, despite the bulging middle and the double chin. His hair was gray and patchy, but his eyes were sharp and his manner confident, that of a man accustomed to being the smartest person in every room. “Are you attracted to him at all?” I asked her.

Wendy looked shocked. “Him? Are you kidding? I mean, starting with that I’m married and he’s married—no.” She lit another cigarette. “In fact, I think he’s the devil.”

I laughed. “What’s your evidence?”

She tapped her ear. “Have you ever taken a good look at his ears?”

“His ears are pressed back against his head like they were sewn there. They don’t stick out. Take a look next time. He isn’t human.”

“That’s why he doesn’t like you,” she said. “You’re an angel and he knows it. The devil hates angels.”

We got another round of drinks and I relaxed, knowing now that Ned was not an issue. The white tin ceiling swayed and there seemed to be more than one Wendy in front of me, all beautiful. I would tell her soon, I thought. I just needed the right moment. At this point she was talking about her husband Bruce, whom she called Waldo because, she said, he looked like a Waldo. Her second husband, Bruce Carr was a bald, bespectacled banker who maintained her and his daughter from his first marriage in a swank apartment at Madison and Sixty-Fourth. “He’s a nice guy,” said Mrs. Carr, “but there’s no pulse. When it comes to anything spiritual or intellectual—we just don’t connect. It’s not like you and me.”

George Ochoa's short stories have been published in North American Review, Absinthe Literary Review, Eureka Literary Magazine, Eunoia Review, and Spider. One of these, “Alicia Brings Home Her Shrink,” was a Top 25 Finalist in Glimmer Train’s March/April 2016 Fiction Open. His poetry has appeared in Chicago Literary Review and my essays in Mad in America and the Catholic Worker. He is the author or coauthor of 35 nonfiction books, including several books related to my Hispanic heritage. He received his BA from Columbia University and his MA in English from the University of Chicago. George Ochoa is the director of communications at a Manhattan nonprofit.