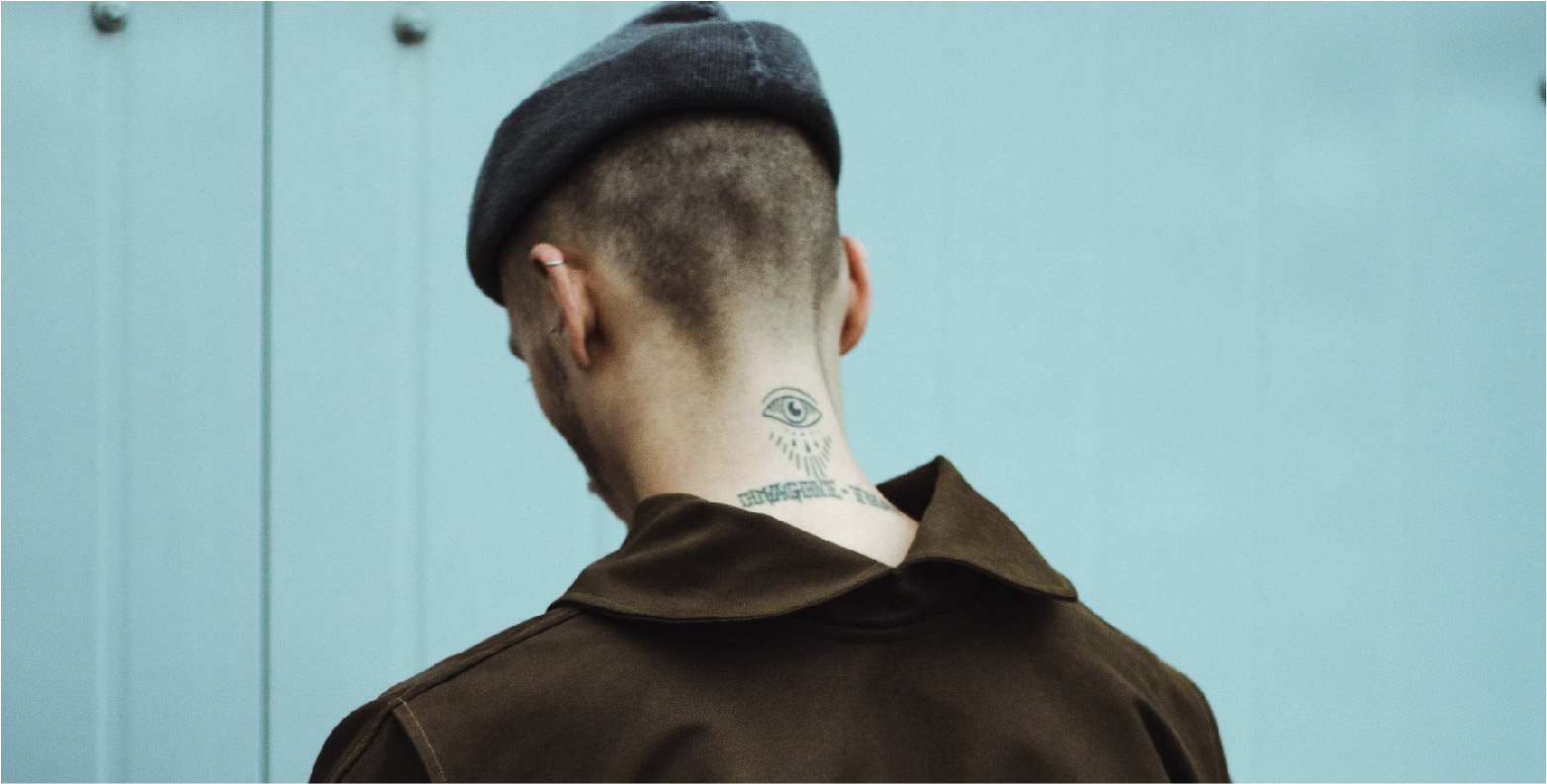 At some point, I began noticing people’s ears. One man wore tiny, square, rimless reading glasses. His long brown hair was tied in a bun, and held in place by what looked like a small, ornate wooden chopstick, exposing his ears, which were proportional to his medium-sized head. Next to him sat a taller, bald man with a small, very clean-looking head, and ears to match. That both men wore expensive-looking suits and “hippy” jewelry made me think they were a couple.
Ten rows in front of us, and several seats to the left, sat a middle-aged fellow in his sixties with huge, hairy chimpanzee ears. Having stared for several seconds, I decided these appendages were just an aging man’s dependences –-like jowls or genitalia. Then, he turned his medium-large head about thirty degrees to the right, which made the ears a better fit.
In the row in front of us of us, far to the left, I spotted a remarkable young woman whom I thought might be a ballerina. Although some women’s hair hides their ears, this one’s were anything but hidden. She was wearing a collarless gray sweatshirt that accentuated her extremely long, beautiful neck, and her blonde hair was short enough that the ears were right out there for anyone –me, that is– to see. They were shell-like, and proportional to her smallish head. She listened to the music with such concentration that she seemed to be transfixed, almost as if she were part of the performance.
My “ears-dropping” took place last night at a famous concert hall. (I dislike name-dropping.) The program was a piano recital featuring three sets of impromptus. The performer was excellent; the audience, so-so. At the conclusion of the first piece in the first set, scattered, but enthusiastic, applause broke out around the hall. I assume the reader knows that performers of sets of music prefer not to be interrupted ten or twelve times. You’re supposed to save it up.
Thinking, however, that it would be curmudgeonly not to, I half-heartedly joined in the first few outbursts. It occurred to me that I was emulating Queen Elizabeth II (I think), who once dropped her napkin, or something, after a guest dropped his. It was certainly not Victoria who did this, by the way. The table manners of that monarch, despite having famously said, “we are not amused,” when someone had the temerity to tell a joke at dinner, were atrocious.
When the untimely applause kept coming, I stopped participating: we were not amused. I also observed that the couple on my right had abstained from the start. After a few more outbursts, the performer took to starting each impromptu on the heels of the last, pausing only at the end of a set.
Meanwhile, I had begun to observe the ears, a very different kind of distraction from the applause, although both may somehow have been related to the electric performance. But whether or not the owners of the ears I observed were among the inappropriate applauders, I did not notice.
I also made a third observation. The ballerina’s compete stillness, as she listened, contrasted with the kinetic behavior of most of us. I caught myself making tiny swaying, twitching motions, and a couple of rows ahead, a young Asian fashion plate was practically jumping out of his seat. My wife, who works with her hands (cooking, knitting, graphic design), was tapping, twitching, and moving all ten fingers, as if she were playing the music. Like the ballerina, however, my neighbor on the right kept his large hands perfectly still. I did not notice his ears.  My wife’s are medium-sized and shapely, like her head.

During Intermission, while we stood at the bar sipping champagne and talking about the performance (but not the ears), I mentioned the rapt ballerina.
My wife, who had also noticed her, said, “Maybe, she dances to this music.”
“Very possible.”

Right after Intermission, things took a strange turn. Perhaps because impromptus are so impulsive and unpredictable, people’s ears seemed to assume a life of their own. They vibrated and sang, and soon they were dancing. Then, they migrated. Since a portion of the audience had left during the intermission, the ballerina had changed seats, and was now closer to us. To my amazement, when I glanced her way, on the “balcony” atop her long pillar of a neck, on either side of her still smallish head, were the huge, hairy ears of the middle-aged man. She was still enraptured by the music, and it struck me that she could possibly hear it even better than when she had been listening with her own small seashells.
Naturally, I checked the original owner of the chimpanzee ears, who now wore the ballerina’s, which were as grossly incongruous as her new ones. Had other ears also transferred their allegiance? I was not sure, but yes, I think so. I say this because the ears of the man with the chopstick hair-holder looked a bit smaller in proportion to his head size, and his bald partner’s, a bit larger.
When the recital was over, and the performer had acknowledged our thunderous applause by playing encores to the point of visible exhaustion, the remaining audience members finally got ready to leave. As we gathered our things, my right-hand neighbor, a friendly, straightforward sort of man about the same age as I am (75), engaged me in conversation. His opening gambit was to remark what a fine performance it had been. I agreed. As mentioned, I had noticed his large, still hands. It turned out that he, himself, was a concert pianist, and had recently performed two of the same sets of impromptus we had just heard. After we had shared several reminiscences about concerts past, and compared our favorite performers –a remarkable convergence—the conversation took two surprising turns.
First, his wife, also pleasant looking, suddenly announced, “He used to be in the —–,” naming one of the most popular rock bands in history.
“Wow!” I said. Then, glancing at his left ear, I noticed that he wore a hearing aid, which I assumed was the consequence of his years in the world of rock.
Apparently, he noticed me noticing, because he matter-of-factly explained: “I wear the hearing aid for conversation, but I turn it off during concerts, because it distorts the sound.” Then, this empathic man anticipated my other unspoken question: “The music is softer, but I can still hear it.”

Looking back at last night’s ear-switching phenomenon, I wondered why it happened. Could it possibly have been triggered by an after-dinner conversation that took place about a week ago? An old friend and I were discussing our fathers. His had owned a successful small-town department store or, as it was then called, a dry-goods store. Mine had been a commercial-printing salesman, here in the city.
As I explained to my friend, my father had been deaf. His struggles to overcome this handicap were impressive. As I would watch him wrestling with the phone, wearing one of those primitive, whistling gizmos, I knew it was only a matter of time before he would be fired again, and would have to look for yet another job. Over the years, too, he tried many new surgical procedures. As I recall, an especially promising one called “defenestration” entailed drilling a hole through the eardrum. Like the others, it did no good.
If my dad sounds heroic, his deafness was also the bane of our family’s existence. Not only was he paranoid, he was a control freak, who kept shouting at his wife and children to stop shouting. Although he died more than thirty years ago, I still resent the way he held us hostage to his handicap. Perhaps, my fantasy during the recital expressed a retroactive wish that he had somehow managed to acquire a pair of ears that worked.

Getting back to the end of the recital, although I had hoped our interesting neighbors would suggest we go for a coffee together, or at least exchange contact information, neither happened. Instead, as we gathered our things, we all said what a pleasure it had been, and went our separate ways. Later, my wife and I googled a photograph of the band, but we could not recognize the neighbor. Of course, the photograph was several decades old.

Stories by Ron Singer have appeared, e.g., in The Brooklyn Rail, diagram, Evergreen Review, Fiction Week Literary Review, The Journal of Microliterature, Mad Hatters’ Review, The Story Shack, Transnational Literature, and Word Riot. His eighth book, Uhuru Revisited: Interviews with African Pro-Democracy Leaders (Africa World Press/Red Sea Press, 2015), is available in about a hundred libraries around the world. His most recent books are Betty & Estelle/A Voice for My Grandmother, a double memoir (2016); and the thriller/travelogue, Geistmann in Africa (January 2017).