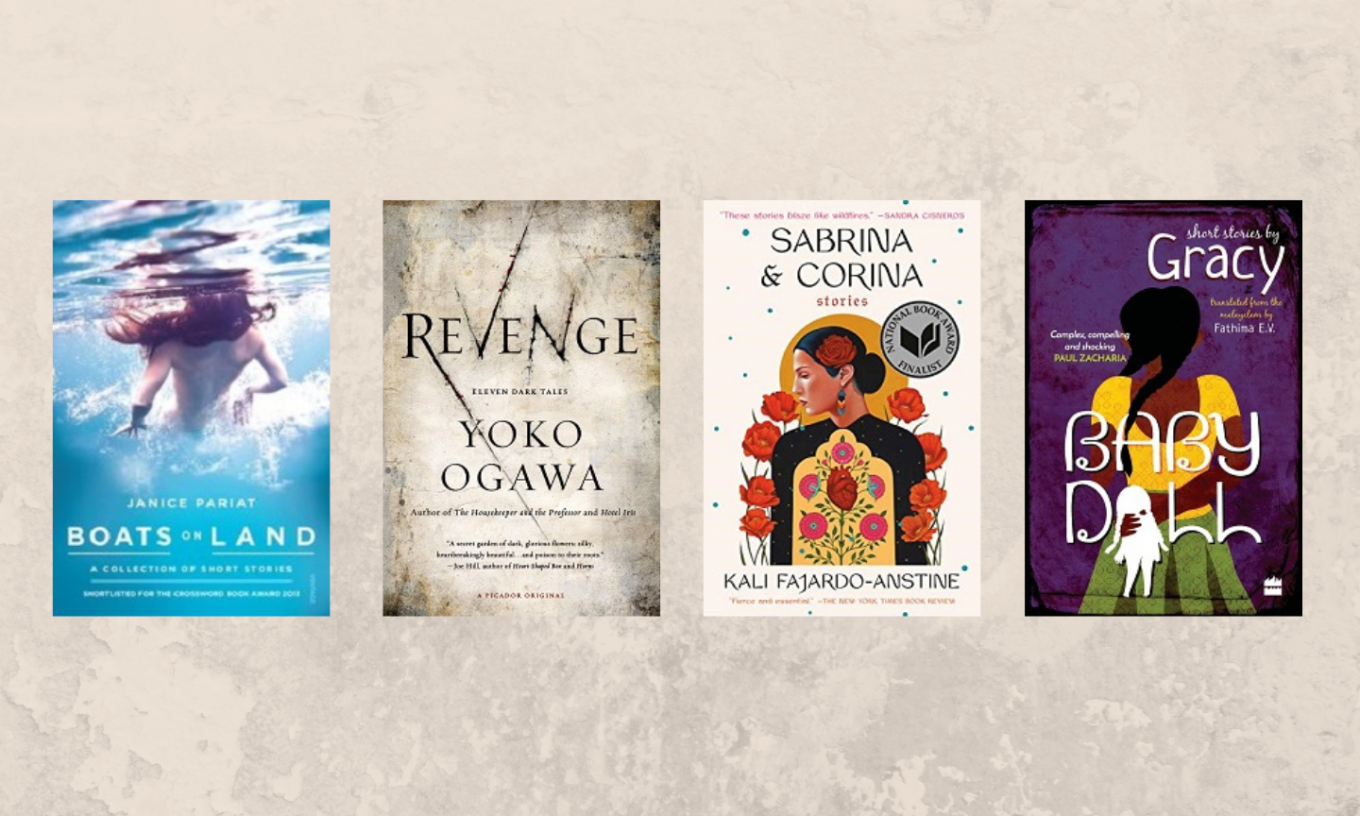 “What does it take to have faith in things beyond the ordinary?” asks the narrator of the story ‘Dream of the Golden Mahseer’ in Janice Pariat’s debut collection of short stories. In some ways, all fifteen stories, set in Meghalaya and Assam, engage with this question as Pariat tells us about a changing land and its people – elders versed in magic, young people exploring fast bikes and rock music as well as the history of the land, activists fired up with notions of culture and identity and outsiders caught in the flames, shapeshifters, kite flyers, missing men, tailors who interpret dreams, lovers, and water fairies. In each story, we find spectres of love, loss and possibilities, each emotion keenly observed and narrated with a profound sense of place and time. Pariat won the Sahitya Akademi Yuva Puraskar as well as the Crossword Book Award for Fiction in 2013 for this collection.

This collection of eleven stories was published in English six years before Yoko Ogawa’s better-known The Memory Police. The stories transport the reader to a surreal landscape – a dreamscape – of mothers celebrating dead children’s birthdays, landladies growing carrots shaped like hands in their backyards, old women who found a museum of torture, bagmakers, Bengal tigers, and spillages of tomatoes on busy roads. The stories are interconnected, characters in one appearing in others and happenings in one story sometimes only resolved in another. Yet each one of them stand out as single pieces of short fiction.

Revenge is the fourth of Ogawa’s books translated by Stephen Snyder. In the course of this long collaboration, Snyder has created a unique and consistent voice in English for the Japanese author. This collection is an exquisite example of that voice and the sparse, slow, thick-in-detail style that has become the trademark of Ogawa’s writing.

The heroines of Colorado-born Chicana writer Kali Fajardo-Austine are women of ‘the Wild West’, as old as the desert, as sturdy as the mountains; women who are the land itself. Women, as Sandra Cisneros wrote on the back cover of the book, “who were here before America was America” but have been consistently absent from American literature. The stories deal with difficult issues – poverty, alienation and destruction of land and place, gendered and generational violence. In Fajardo-Austine’s telling, what comes through forcefully is the steadfastness of her characters, their courage wrought not from heroism but from the legacy of kinship and survival. Equally mesmerizing is the uncanny ability that Fajardo-Austine has of conjuring up the feel, the smell, the very air of the humanscapes of her stories through her words. Winner of the American Book Award, here is a book for those interested in a different take on the Wild West.

What happens when the creative talent of an author finds its match in that of her translator? We have a book like Baby Doll, written by Gracy, one of Kerala’s most significant literary voices, and translated by E. V. Fathima, one of the most exciting contemporary translators. Gracy’s stories centre women who refuse to compromise, who are not afraid to be alone, who pursue their passions without guilt and celebrate their sexuality and their body. They are unapologetic, even when vulnerable, about their place in the world. Through their stories, we also hear the stories of men and children, even ghosts and the undead, caught within the ragged seams of patriarchy. If, as William Boyd suggests, a story well-told “seems to answer something very deep in our nature,” the stories in this collection, spanning three decades of Gracy’s writing life, exemplify the art of storytelling and – let’s not forget – of translation.

Jayasree Kalathil’s translation of S. Hareesh’s Moustache won the 2020 JCB Prize for Literature. She received the 2019 Crossword Book Jury Award for Indian Language Translation for her translation of N. Prabhakaran’s Diary of a Malayali Madman. She is the author of the children’s book The Sackclothman.