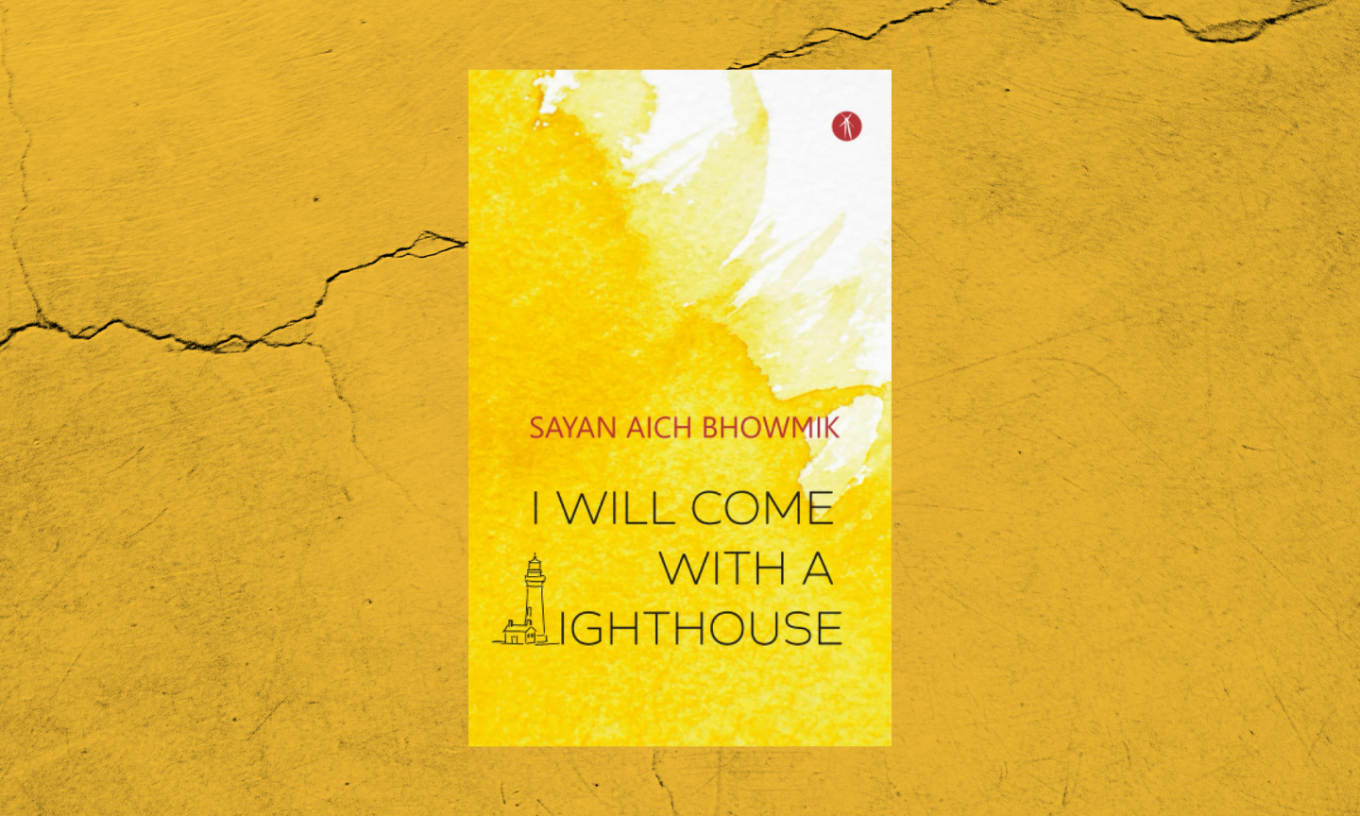 Yearning has a soul

In the last section of Sayan Aich Bhowmik’s debut collection I will come with a Lighthouse is the poem ‘Choices’, where the reader is provided with the essence of this collection:

Within such poems you’ll find
calendars of the past
preserved in tiny bottles of the monsoon
and courtesan’s songs
that sometimes changed
the course of Jhelum, sometimes
the fate of lovers. (pp. 50-51)

Sayan’s poems tread along this path of yearning. In the acknowledgements, Sayan writes about the poems evoking a “yearning for times and places” (9). The yearning is for the past, for memory, for love. The poems document the trajectory of these themes, strategically placing the missing links in images, as in ‘Choices’, that become unforgettable. Grounded in his experiences of the poetics of life and the life of poetics, the images traverse both the real and the imaginary worlds. Through them the poems leap up into the domain of the universal while being rooted in the personal.

Sayan dedicates this book to his daughter Raangta. In an interview with Aishwarya Das Gupta in February 2022, Sayan observes that things, images, people slip away into the void of time. Remembering how he used to make prank calls as a child, Sayan reminiscences the lost telephone directories. This sense of loss about the little details in the big picture creates a sense of hollowness in Sayan’s existence. This slipping away scares him. He is scared that at one point in time everything that he is familiar with will be no more. The tangible transience of human life becomes frightening at this juncture.

It is no coincidence that the image of the grandmother is the most visceral in this collection. Her image epitomises love and nostalgia. Sayan mentions in the aforementioned interview that his grandmother is the strongest woman he has ever known. She came to India before partition and in the 1950s, took up a job to support her family. “There was an aura about her”, She died in 2011. By writing his memories of his grandmother, Sayan invariably creates a bridge between Raangta and her great-grandmother. At the two edges of the spectrum are two individuals who anchor Sayan. Even in absence, Sayan’s grandmother is a living presence. By dedicating his debut collection to his progeny, in a way,  he immortalises his lineage.

It is undeniable that with the passing away of his grandmother, certain aspects of existence walked into a realm that Sayan can no longer retrieve and re-live. This stream of nostalgia holds together the poems. Nostalgia in the poems is for the things and the people that no longer exist, as much as it is for the self that will inevitably perish. The anxiety of the empty page becomes the anxiety of the being that can vanish without a trace. In a private conversation Sayan confides, “…for a long time I have been plagued not by the prospect of death. But by the prospect of oblivion.” This book is a pledge to undo that annihilation and redeem a space for the people and things he loves and will love.

Love and longing in his poems veer from romantic to violent and terrifying. In ‘The Stamp Collector’, Sayan talks about “…the kind of solitude which even/ a bartender is afraid to cure”. This solitude becomes that of an “astronaut trapped in space” in ‘The Other Side’. The tempo builds up until it blasts into

a simple straightforward act
like tying the noose around your neck
and kicking the chair. (‘Of Simple Things’)

Solitude almost steps into the dark world of loneliness. Sayan salvages it by attempting to well-define the boundaries between “Longing and Solitude”, “On Love”, “Political Poems” and “On Writing”. However, the poems spill over and

At the end all that remains
is the breath between
a word and its forgotten meaning. (‘Separation’)

Poems like ‘Masks’, ‘Witness’ and ‘Twin cities’ are as much about writing as they are about love, longing or politics of being. Is the “sad river” of ‘My Twin’ not the same river that is born out of “the city/ not on anybody’s map” in ‘A Room Too Small For Sunsets’?

From cartography of places, Sayan draws the maps of beings. That is what makes the poems classified as political particularly poignant. In ‘Mapping Blood’ he writes,

From the corners of the dog-eared pages
where history has bookmarked the years with blood
I hear men and women wailing
the shadows of who they were
whispering and refusing to walk with them. (p 50)

While haunting images of the violent emptiness of Dhaka, Kashmir, Pakistans and Hindustans bloom in these poems, the strain that echoes throughout them is the one of stories. Some of these stories Sayan had collected from his grandmother’s experience of the partition of India in 1947. Some of these stories he had built from the “punctured lungs” (‘In Dreams’) of his personal experience. These poems have the “currency of a land without identity cards” (‘Treasures’). They belong in a particular moment in time as much as they are universal.

When talking about his inspirations, the poet says “Even silence is preparation.” The restless nights and days spent in the agony of the empty page or steeped in the longing of a bygone time; all add up to become a harmony- this book. The poet touches upon his inspirations and leaves them as traces throughout the collection- from post boxes and post offices to rivers and cities in varied landscapes. The simplicity of expressions becomes his hallmark as his words become the lighthouse to his angst-ridden soul. The cover, designed by Bitan Chakraborty, merits mention.