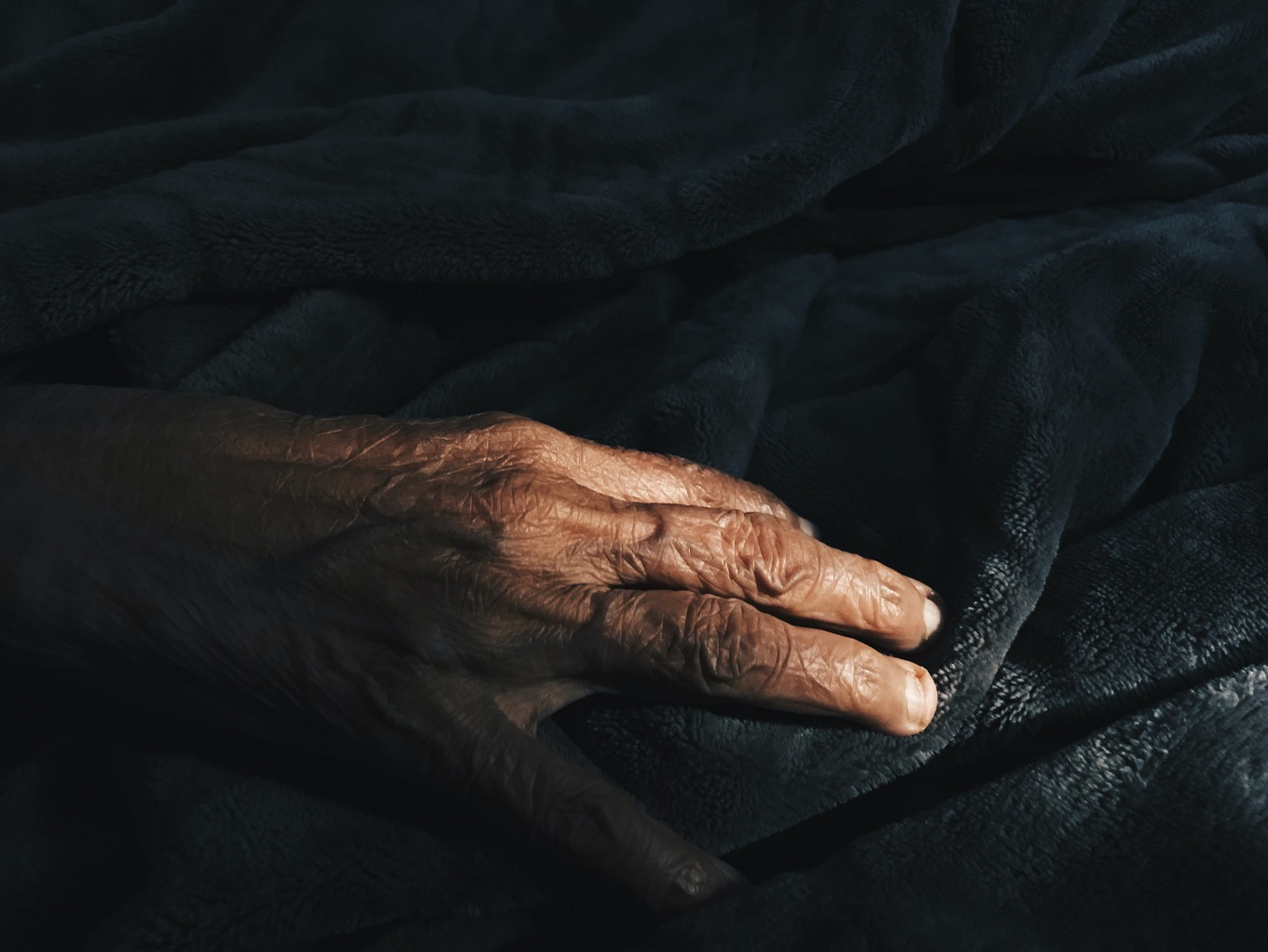 “There. No. A little to the right. Yes. Perfect.” My daughter presses the bandage firmly against my skin and I wince at the burning sensation that seems to spread across the entire knee. Finally, she leans back in her chair and surveys her handiwork as I move my leg up and down, noting the pain has lessened. At least for now.

“So, it’s another day, Mom. You’ve got another twenty-four hours to see if anything else goes missing,” my daughter says.

I detect amusement in her voice, as though somehow, I’ve become the careless child with the scraped knee, and she the patient parent. “It’s not funny,” I say, giving her a light rap on the arm. “If my keys had been where I put them, I wouldn’t have tripped on the rug. Wait ‘til you’re my age. You’ll see.” My daughter rolls her eyes. I suppose she can’t imagine ever being so old, or when she is, she’d still be the same woman she is now, only living in a different calendar year.

“You think I plan this? Hell no. I wake up thinking everything will be the way it was when I went to bed. Then sometime during the day a part of me gets swallowed up whole by the too- many-days monster.”

“Too-many-days monster?” my daughter pauses, putting down the lemonade I made yesterday. Or was it Wednesday? Or maybe last week?

“Yes. Of course, you can’t see him. He’s the nameless thing who lives under your bed when you’re two and the boogieman who retreats to the closet by the time you turn eight. Then … he kind of fades away. Lately though he’s returned, sneaky bastard that he is,” I say crossly, giving my chair a vigorous rock. “I think he’s here to remind me that I have lived too many days.”

My daughter shakes her head and laughs like she’s indulging the batty old woman who lives down the street instead of the strong, vibrant woman I am or at least used to be.

My daughter … which one is she anyhow? I can never tell the twins apart unless I’m wearing my glasses, which like my keys, seem to be missing.

“So, Mom, tell me more about this monster,” my daughter asks pulling her chair closer.

I think long and hard. Maybe it’s best not to say. They might put me away. Then I think, home or away, what’s the difference? The too-many-days monster will still track me down.

“I shouldn’t be telling you this, but maybe it’s better to be forewarned,” I say looking around to make sure there’s no one to hear us. “You can cruise through your forties without giving life much of a thought, as you well know. The fifties aren’t so bad either, at least grandchildren are a distraction. But then you get to your sixties and seventies. Suddenly you’re not alone anymore.”

My daughter sits back in alarm. I think she’s ready to reach for her phone. Punch in 911. Hello. My mother’s gone round the bend. Could you send an ambulance?

“It’s the too-many-days monster. You see he’s come back,” I go on in a whisper. “At first, not every day. Just once in a while. Of course, now he’s become … what do they say these days, my BFF?” My daughter gives a discrete cough or is it a gasp of fright?

I give her hand a squeeze. “There’s no need to fret. He visits your Aunt Pat and my bridge ladies tell me he is squiring them, too. A regular Don Juan, this monster.”

My daughter, whichever one she is, seems intrigued, I can tell. “So, what does this monster do?”

“First, things aren’t lost. They’re just moved. I don’t know how he does it. Now objects go missing for days on end. I couldn’t find my change purse for a week and then magically it appeared back in my pocketbook yesterday. You can’t tell me it wasn’t the monster. It’s not only things. Parts of who you are go missing, too, and sometimes they don’t come back.”

“Yes. When I turned thirty, I lost my first step. You know … quickness. I could tell when my opponent beat me to the ball. Never happened when I was twenty-five. I should have had an inkling way back then. It was a sign. Your grandmother should have warned me.”

“Everyone slows down, Mom.”

“Hah! If that was all I could have turned to golf or one of those sissy sports like bocce ball.” I want to say Trish, but maybe she’s Jen. “Let me list you some things that have been stolen by that monster – my hearing, my vision, my agility, my memory, my stuff,” I say, ticking off each on my fingers. “Maybe you should sew name tags in my clothes like I did when you went to sleep-over camp. Then maybe he wouldn’t take them.”

My daughter, who still remains nameless, reaches in and gives me a hug. “Oh Mom, I love you. No worries. It will all be okay.”

She is a dear and a fool, whoever she is. I look over my shoulder at the too-many-days monster who gives me a wink. I give him the finger. I still have a daughter. At least for today.

Photo by Amisha Nakhwa on Unsplash

Mary Marino is a former college coach who in retirement writes sports stories for the YA reader. She has previously published On Attack, a book on lacrosse for coaches on players. This piece is a reflection on aging.