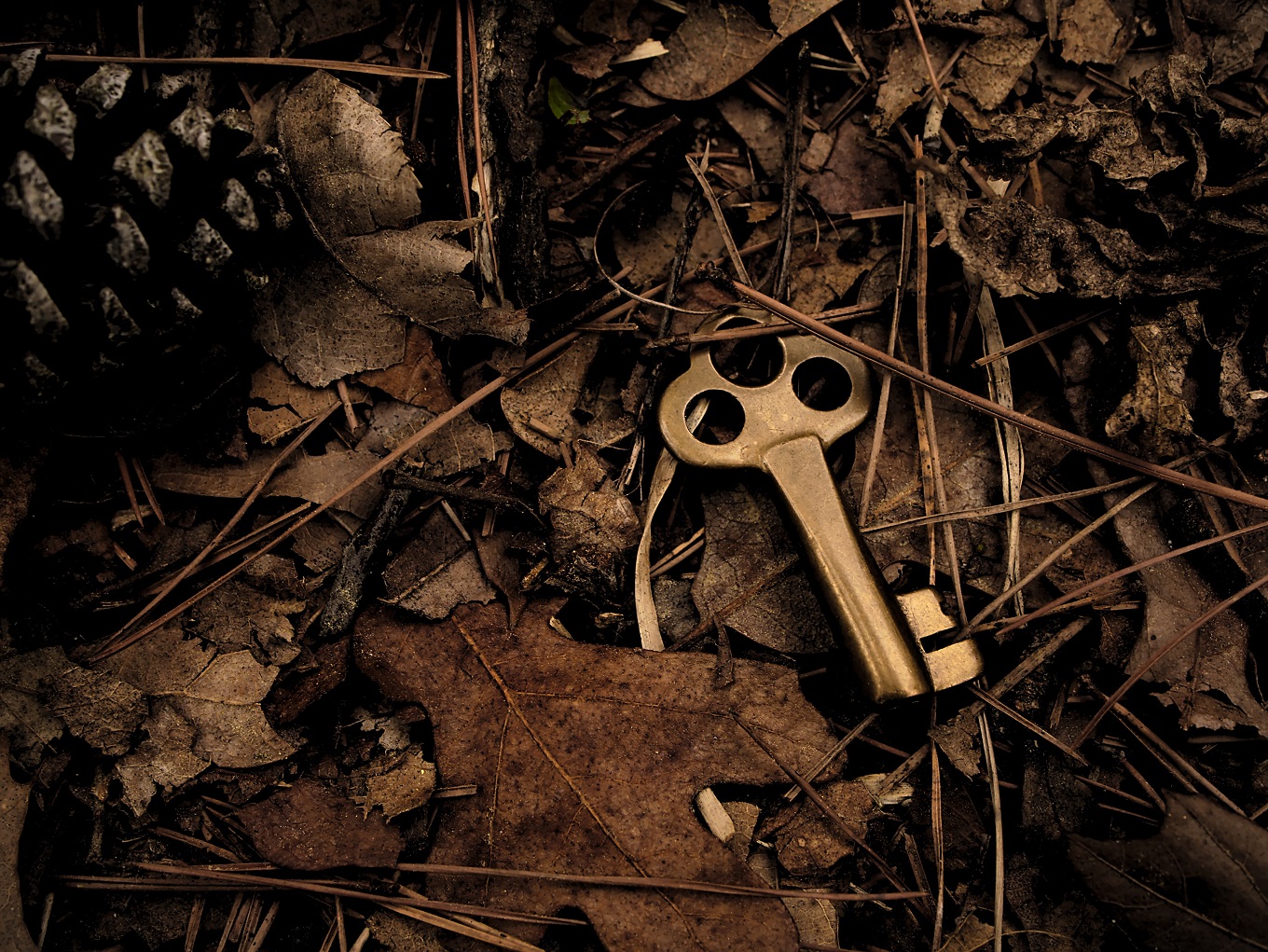 “Please don’t lose this,” I say to the cat-sitter, placing my house key in her palm. “It’s the only one I’ve got left.”

The first I lost. Dropped on the pavement somewhere between the Subte and my front door. It bounced, maybe, and fell into the gutter overflowing with rainwater and red leaves. It was whisked along, dropping finally into the canal with the detritus of other lives. And then perhaps it was eaten by a fish, and the fish caught by a fisherman, whose wife cooked it up for their children, who found the key snug inside the flaky fish flesh, just like in fairytales.

Or maybe it was picked up by an artist who made a sculpture of found objects, nestling my key among hubcaps and fishing rods, broken lanterns and paper stars. It stands now in some white-box gallery as hip, First-Friday-types mill around it holding tall cocktails and pushing their thick, square-framed glasses up their noses. It is the star of Instagram that night, my key in that sculpture.

Or the artist is a crafty Etsy-er, my key a pendant on a necklace. Now the key hangs around the throat of a girl who wears large sweaters on her small frame and earrings made of wire twists. Who reads books translated from other languages and slides her fingers absentmindedly over the teeth of the key to a lock she will never open.

In the abalone shell he always kept by the door to hold odds and ends. His own house key, his car keys, wallet and ID, the round smooth stone he liked to worry in his fingers, the leather bracelet that frayed and fell off but he couldn’t bear to throw away, bobby pins—mine or other conquests’—my key, camouflaged and half-forgotten among these old trinkets, suspended in the blue-green opalescence of the abalone.

The key was forgotten, or lost, or deliberately left behind, in the flurry of packing boxes and activity of moving as she closed this chapter of her life, the chapter of me and her and long nights in this apartment. The apartment is empty but still smells of her—lavender and bergamot. The key, I imagine, smells like that too. When the new tenant moves in, he finds it on the floor, that lasting fragrance, this key that does not fit any of the doors in the apartment. The new tenant will have the key recut to unlock doors I will never again walk through.

One, I expect, was stolen by the cat. Secreted away to his stash of wine corks and bottle caps, plush toy mice and milk rings.

Perhaps a key stowed away in the car I sold last year. A beat-up silver Camry I bought second-hand in 2014. Underneath the floor mats or in the sun-flap, in the cupholder or in the glove compartment, the key stashed itself away, awaiting new adventures. Perhaps it could not bear to leave the Camry keys it had spent so long on the ring beside.

The new owner puts on his aviators and drives scenic roads—the Peak to Peak Highway, Ruta 40, the Pacific Coast Highway—never knowing about the renegade key enjoying the sun that slants in through the windows. The new owner won’t notice if the key falls out somewhere, if it bounces along that long yellow line and comes to rest, waiting to be picked up by some other traveller.

I do not know what became of the sixth and seventh copies. My father heaves a great sigh when he hears I’ve lost another. I worry, he says, that so many people could break into your house. Maybe we should change the locks. But who would ever look at my unremarkable door and think, this must be what this mysterious key I’ve found unlocks?

And maybe the sixth key is no longer a key at all. Perhaps it was picked up by a metal worker and placed in a box of metal scraps, and one day it was melted down to its shimmery, liquid essence. It was poured into another shape, a ring, or a fine brass chain, or a shell casing. A hinge or a lock, a closer now, instead of an opener.

I hope some little girl finds the last key. She’ll dream it is the key to a celestial city. I hope she searches her grandmother’s attic for a locked steamer trunk full of old treasures. I hope she tries it in the knotholes adorning the trunks of great ancient oak trees, hoping to find a door to a market for faeries and goblins. I hope the stars give her a door to her future with a keyhole spilling starlight. I hope, like Alice, she grows to her right size and unlocks a door into wonder. I know she will not try the key in my front door, too mundane to be the match to a mythic key.

I wonder, too, if the keys get lost on purpose. If they somehow dread unlocking the door to my plain apartment and my bland life and my cat who would like to eat them.

Maybe, just once, they wish to be a mystery, for their potential to be limitless.

Photo by Michael Dziedzic on Unsplash

Originally from Colorado, Krista Beucler received a Bachelor of Arts in creative writing at the University of Mary Washington in Virginia. She was the Editor-in-Chief for Issue 7.2 of the Rappahannock Review, the literary journal published by the University of Mary Washington. Krista is a winner of the Julia Peterkin award, and her creative work has been published in From Whispers To Roars, and South 85 Journal, and Under the Sun.