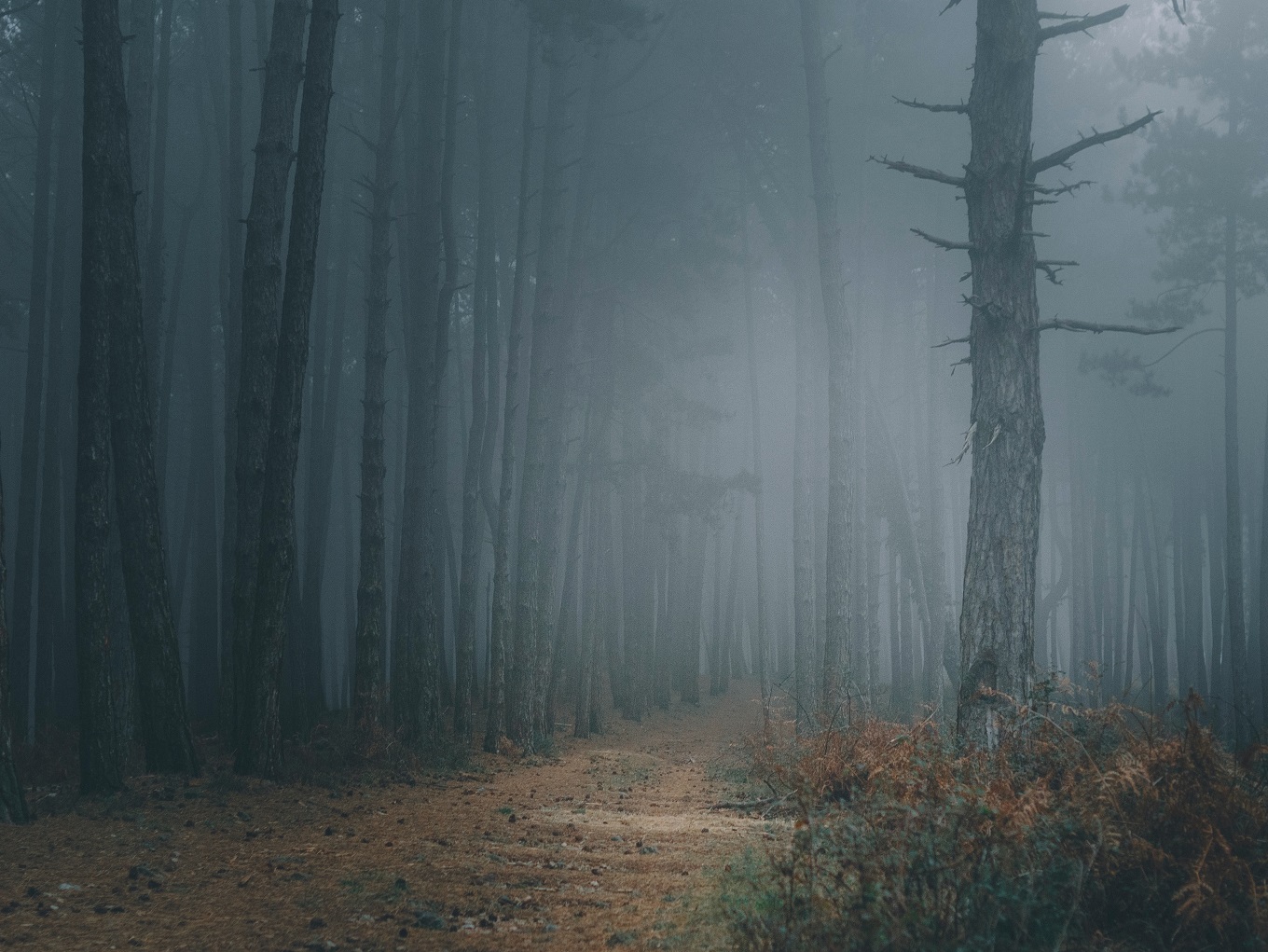 It is somewhat amazing to me. There can be so much to overlook
and so much more to look over. I read Robert Haas speaking of being
selva oscura (sel va cur a), and I look it up. The words mean “dark forest,”
but are intended to communicate being “in the middle of life.”
He goes on to wonder about so much, as I, here in the Library,
ask myself, “What do you think you’re doing?”
There is caving in my chest, a sort of pain. It doesn’t hurt,
but discomforts. It’s anxiety, perhaps dread. It is not a new feeling.
I awoke with it when I was small; even now, it remains. In past years,
it was the feeling, I am sure, that would take me to the living room
in the middle of the night with a tall tumbler of scotch
while Connie and the girls slept. The hue from the streetlamp
outside the front window made shadows crawl across to the nightlight
in the hall between my children’s bedrooms and the bathroom.
The nightlight’s glow was strangely similar in color to the streetlight beam.
I remember sitting, drinking, and trying to figure out where one started
and the other stopped. I would sit, sip, and feel tears that refused to come.
Tears, I thought, with strings tied to some anvil-like emotion
in my chest; anvil-like because it was hard, cold, and heavy; anvil-like
because my heart pounded on it as I drank. After enough sipping,
I’d go back to bed, curl up like an unborn in a womb, and hope for sleep.
So, what do I think I am doing all these years later, in a library,
feeling the same way, thinking about images? It’s the selva oscura that got me.
It is the dark woods, but not “the middle of life.” I am well past the middle.
I am in a darker wood. I am in a place beyond the middle. What Haas didn’t know then, but I suspect knows now, is the darker woods is not the middle,
for middle implies, there is another side at which to arrive. A nice thought,
“the other side.” I spent a few years trying to convince others
there was another side to be had. I know better now. I know there is only this side.
I know, too, if I keep reading and writing about images, the anvil-tied tears won’t go away, but, in some strange way, I
may learn to welcome them.

Photo by Egor Myznik on Unsplash