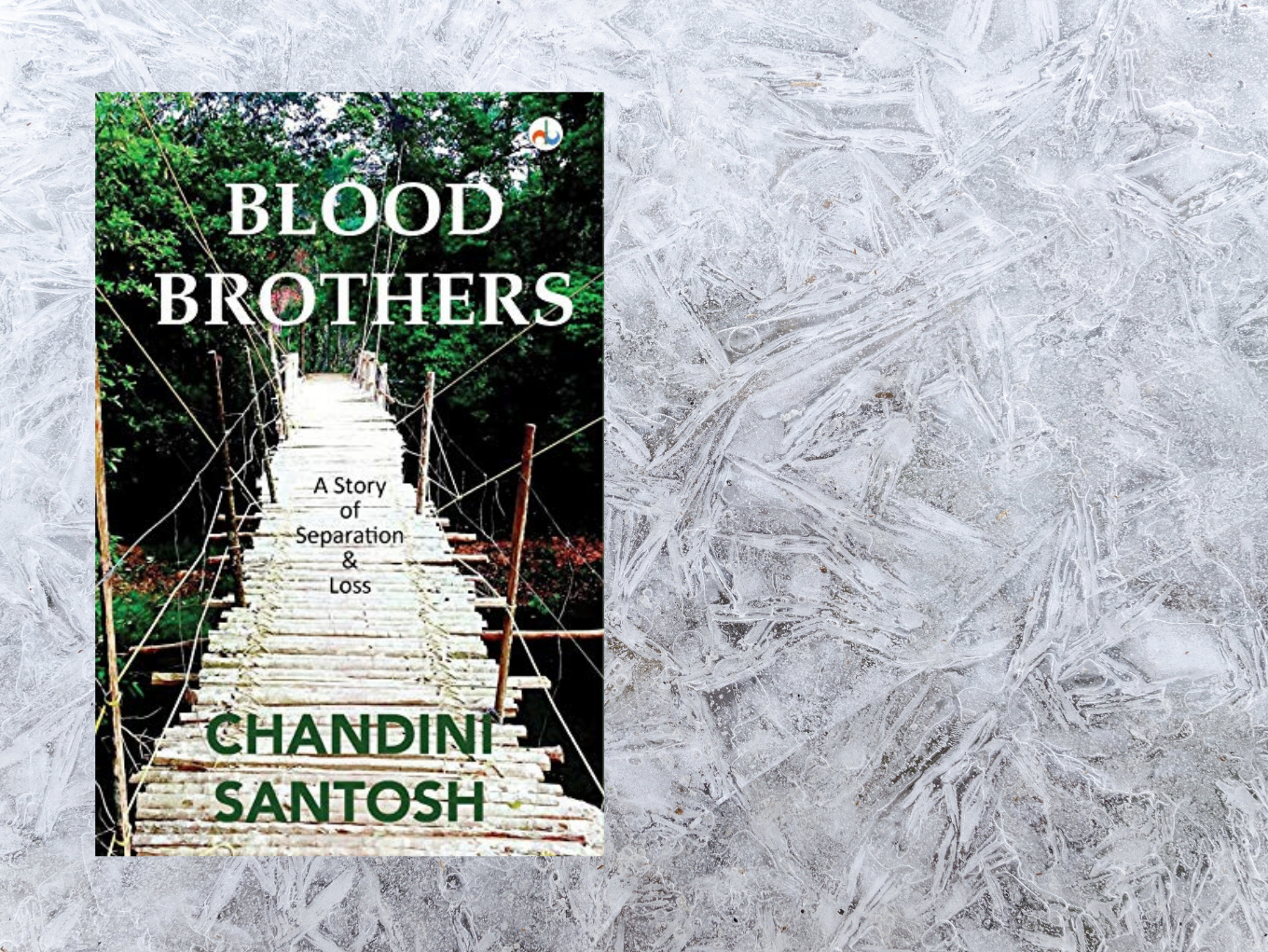 A Vivid Portrait of Separation and Loss

Freedom’s just another word for nothing left to lose

These words from the song, Me and Bobby McGee, immortalized by Janis Joplin, come to mind whenever I think about Biju Kallat, the protagonist in Chandini Santosh’s powerful third novel Blood Brothers. This book focuses on how the poor are exploited and marginalized for crude political ends.

Biju Kallat, a teenage schoolboy, willingly spends four years in the Borstal for a homicide he did not commit. The victim, the crafts teacher at his school, had been sexually molesting a classmate. He had also paid for sexual favors from Biju’s mother, who entertains men at their home in order to make ends meet. His mother had taken to prostitution because of dire circumstances—a festering wound on his toe leads to her husband losing his job as a mechanic, and then the grocery shop owner from whom she had taken a small loan rapes her.

Sunil is Biju’s next-door neighbor and best friend from childhood. A friend who comes to the Borstal door with a fresh shirt for him on the day he’s released from prison. A friend who has enough difficulties of his own to deal with: a father who had left home long before Biju was incarcerated, a mother and two sisters who depend on him. A friend who tries to support both households as best as he can on his meagre earnings from a ration shop. A friend who always has Biju’s well-being at heart; and who helps him get a job at the same motor mechanic’s workshop where his father used to work.

The book is based in and around Kannur, with varied political forces at play. The upcoming Hindu Nationalist Party, saffron in its outlook, is locally headed by Valsan Maroli, a prosperous businessman, who happens to have a beautiful, but deaf-mute daughter. Once, Biju saves her from drowning and takes her home. That’s when he first comes to the notice of Maroli.

At his workplace, Biju is mocked for his father’s drunkenness and his mother’s whoring. One fight too many, and he joins Maroli’s party. When Sunil’s ration shop closes down, and he becomes unemployed, Biju gets him to join the HNP, where he works two jobs, both as a driver and in the projection room of the cinema owned by Maroli.

The communist party is at loggerheads with the HNP. A couple of HNP boys have been killed by a communist cadre, a milkman by day, a murderer by night. Biju volunteers for the job of killing the milkman, the first man he actually kills. He is paid well for his ‘work’ and gladly hands wads of cash to his mother. His father is a mute, helpless witness to his son’s life. Biju does his best to keep Sunil away from the gory side of his work, knowing that Sunil is essentially a gentle soul who is constantly aware of his responsibility towards his mother and sisters.

Chandini’s prose is lyrical, her writing fast-paced, in vignettes that move from locale to locale, timeframe to timeframe. You can visualize the young boys attaining adulthood; you feel the power and confidence that Biju emanates when he tells his bosses that he wishes to work alone, that he himself is the best weapon.

I would not like to reveal here why Biju switches over to the communist party ranks. However, he ensures Sunil remains protected within the HNP fold, despite the violence endemic to the district. Biju becomes a skilled hit man for his new bosses.

The brutal killing of a schoolteacher, Krishnadas, in Sunil’s younger sister Bindu’s classroom, leaves her (and several other children) traumatized and mute. She has recognized Biju but does not speak at all in the presence of the police. Sindhu, her older sister, is strongly attracted to Biju, as is Maroli’s deaf-mute daughter.

Bomb-making and bomb blasts, hackings, a new police in-charge, the death of Biju’s father, his underground stay in Mangalore, his utter disillusionment with party politics, and his newfound desire to lead a normal life, and perhaps even dare to love, brings Biju back to his native place. His encounter with Sunil’s father, who has returned after more than fourteen years, and the man’s attempt to return to his wife and children, have been written with sensitivity and power.

The core of friendship that Biju and Sunil share seems unshakeable. However, politics, gossip, and a patriarchal, overprotective mindset can destroy the deepest relationship. The denouement is heartbreaking.

Dipali Taneja has been a reader long before she was anything else! Presently a grandmother to two humans, two dogs and two cats, she has been blogging off and on since 2007, writing about whatever takes her fancy. Dipali has anthropomorphized her music system, the material object that she loves the most!