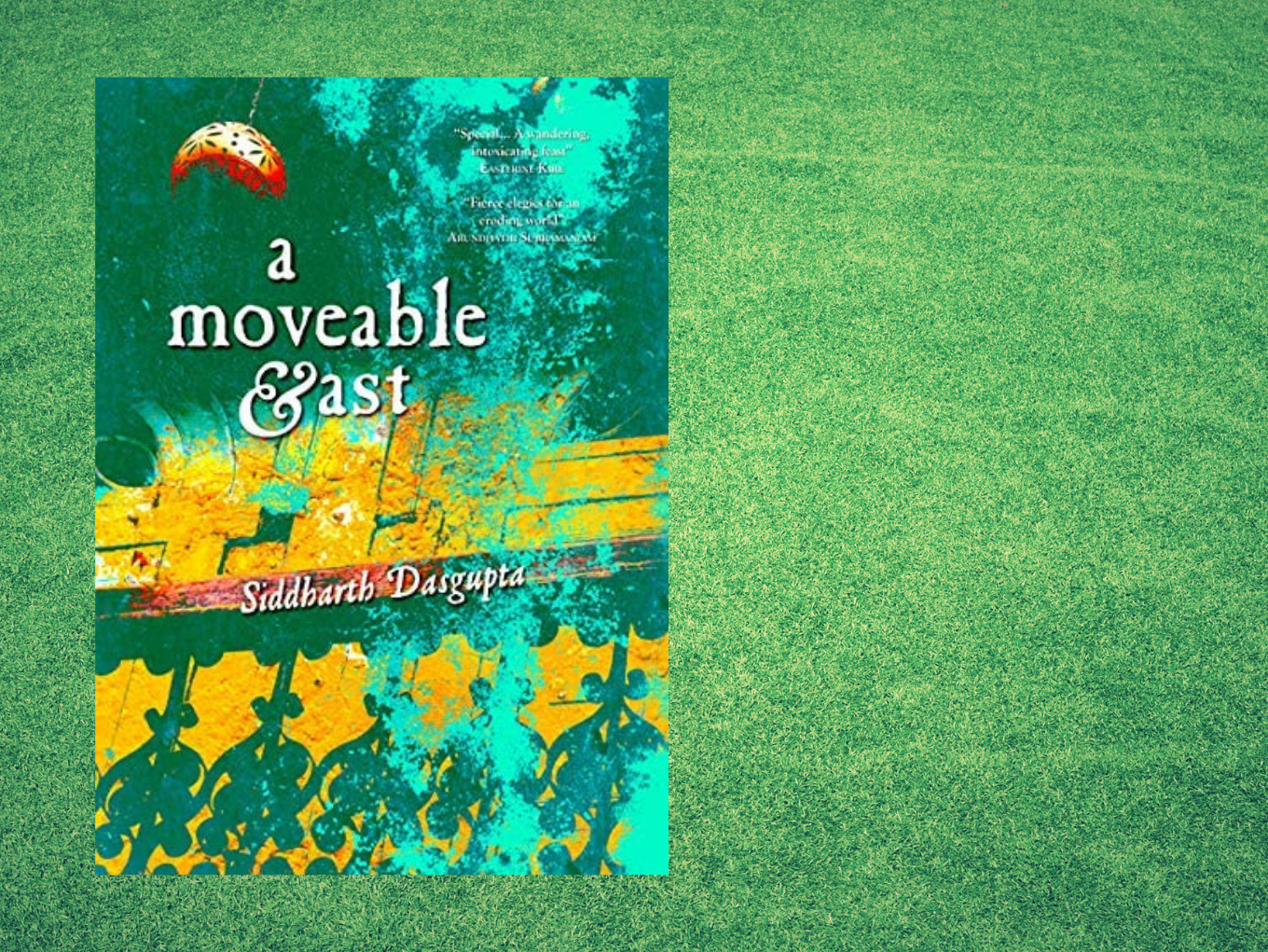 Poet Siddhardha Dasgupta’s book A Movable East (Red River, 2021) is a revelation. The book picks up slowly, even tentatively and turns into one of the most assured Anglophone voices, one might read today. The poet is many people and many voices, in the many cities he inhabits, from Paris, to Calcutta, Pune and Istanbul- he brings home for the readers colours, smells and the distinct taste of each place.  Sometimes the casual flaneur strolling into an Iranian café-Old Irani bentwood furniture beckons stories, in much the same way oceans summon rush.. at others, his words bring alive the unique curiosity for food and its sense of home that provides a sense of comfort.

But unlike the harsh language and often terrifying contours of the cities he frequents, Dasupta’s language is restrained, even mellow, observant yet detached-merging somehow into the delicacy of the landscape that his vision and lens constantly seems to be on the lookout for.

The poems are placed into sections that fall into dimensions categorized, but not limited to- Hunger, Flame, Sorrow, Melody, Desire, Horizons and Home. In here, he explores vastly, experiments with language, music, smells and cross pollination from across lands, where, in his words-

Flavour persists, like a stubborn lover
Much like this poem, never quite fully consumed
Hinging on the ricochets of things you can’t clasp..
A taste, a smell, a photographic memory.

And all this while he notes that,

Abdul Chacha’s café around the corner
-façade dressed in green, third lane from the left..
Lies brimming with the slow drip of nostalgia
As he drapes Kabul around him like it were a fable
Pounding the dough and pouring his tears
Into vast vats of what only regret really knows.

In poems like A Horizon Named When, he reminds you of the sweetness of the Azan, of its memory every evening, even while taking faith head on, as he calls out all that it is not, and suggests what it could have been instead.

Perhaps faith then isn’t a matter of how many times you scrape your knees
Knelt on the frail immediacy of the earth and its treacherous grains..
Or how many loud bells of however many temples you summon in urgency

One comes a full circle in these poems, where the poet’s travels and his curiosity is tinged with the nostalgia of homes that have moved on, or homes that never were – Who’s to say that these cities we call our own, are ours to own at all. These poems cradle nostalgia, absence, wistfulness, conversations and migrations like the weather peeling away a favourite fruit. Dasgupta is a city poet, he weaves through each city’s tapestries as the impressionists would breakthrough colour. If you’re looking for the romance of harsh city lights, you won’t find it here, but be prepared to be surprised for there are turns you might not have gauged

This city arrives at me through foreign eyes,
Through the rambling comprehension of words
smoke, distance, and signs.

And since poetry is the home of the hopeful, that enchanting land that everyone can visit, inhabit and fall in love with its magic, Dasgupta’s poems are just the right enticement for finding that faraway land to where we once belonged from smelly streets to old book corners, and the essence of all that’s just right.

This is poetry done right.