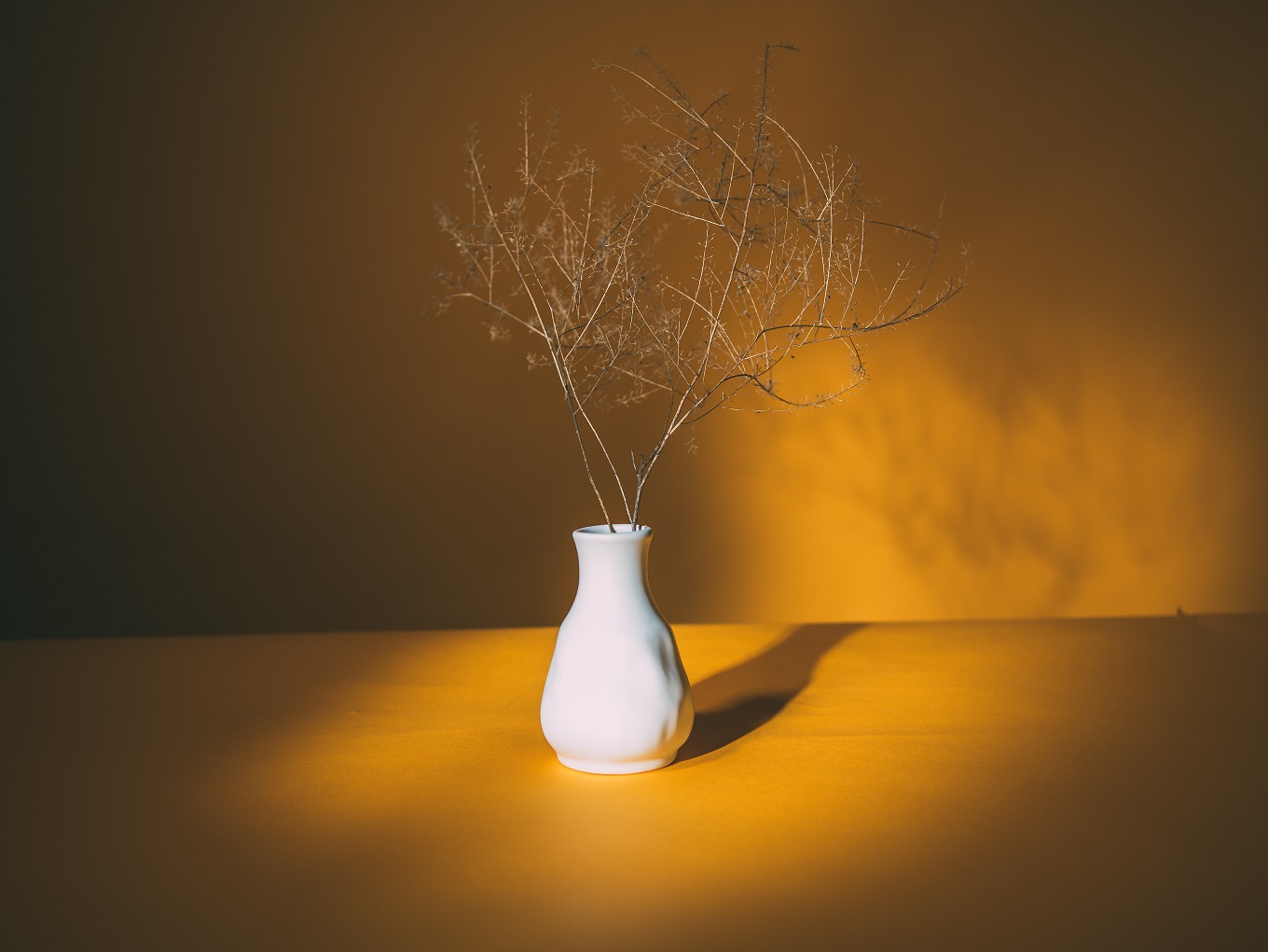 My mother grew up never living anywhere long enough to call it home
Living with only the items necessary to survive the week
you can not have a vase if you do not have a home, if you do not have the flowers to put in it
Without a home and without flowers a vase just becomes another reminder of how empty everything is

A week after my mother died I sat on the floor of my kitchen using the cold that had long since settled into my home as my
only companion
Except for the vases
Around 30 of them covered every surface of the room
the flowers no longer smelling like my home because my home died a week ago—no.
They smell like the funeral home where everyone my mom ever knew used me as her substitute to say goodbye, because I am the closest thing to her they will ever get

Weeks later the flowers died.
So I strung them on the walls and turned that house—our home
into a graveyard
I hid the vases away, unable to look at anything as empty as me
Unable to look at my symbol of a tomorrow that she won’t be in

Months later when the spring settled in and the sun made its return I boarded up the windows
I drew every shade, unable to look at my mom’s favorite flowers
unable to smell a home I have long since lost

It has been two years now—two long years
But I have finally learned to open up the windows and let the smell of lilacs embrace me like my mother once did
I’ve learned to no longer shy away from my fathers hugs, because like the vases under our cabinets, we may be empty, but at least we have each other

The other day I finally emptied our cupboards of all of the vases
As I was packing them away one slipped out of my grasp and shattered
and that sound released a breath I didn’t know I was holding
So I broke another, and another, and another
each shatter releasing me from the only future I ever wanted
one with her in it

Those funeral vases filled with so much emptiness were banished from my world
In the end I was left with only my momma’s old vases
I kept those though.
I put one in every room and filled them with flowers
I filled them with life
I got rid of the bouquet corpses on our walls
and when spring finally came
I opened the windows.

Shayla Maine is currently a student studying biology at the University of New Hampshire. While she studies science in school, her dream is to become a fiction and poetry writer.