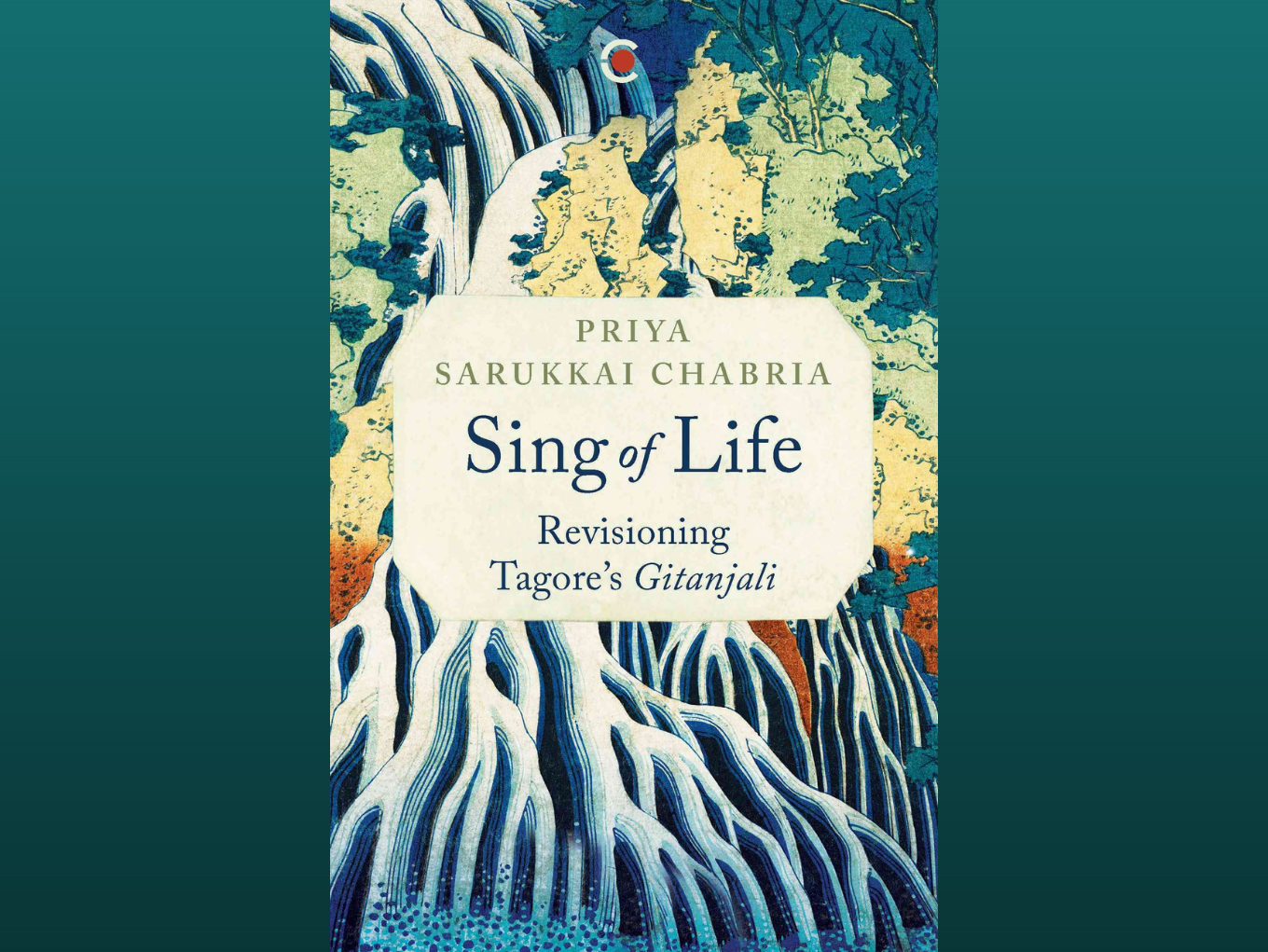 A reading of Tagore’s Gitanjali, both in English and Bangla is more often than not preceded by the aura that surrounds Tagore. As such one can’t but question the connection that modern day readers might form or not with the poet, especially given the fact that our reading of contemporary poetry is often devoid of both romanticism and Sufism, both of which we find Tagore so moulded in.

And so, when Priya Sarukkai, who attempts a revisioning of Tagore’s Gitanjali through her book Sing of Life- Revisioning Tagore’s Gitanjali says, without my being aware, while writing this book, Rabindranath Tagore silently transmutes to Gurudev, like a new moon growing full- you understand that here, there’s more than acknowledgement of a greater presence, this in fact is more of a subtle blending in, while finding her own voice in new poems.

Unlike other genres, in writing poetry, more often than not a poet doesn’t break out of one book into another. The transition is a probable smooth, even a certain lingering otherness that remains as if one were birthing a new child while cradling the other still. And so, in Sing of Life I find traces of the vast Sufism that encompasses the poet’s earlier translation of Bhakti poetry into the Baul mon as it were, that surrounds Tagore.

In the fine essay that precedes the actual poems, the poet reminds us that a great poem is one that often serves as a draft or raft for someone else’s poem. And that is precisely how she goes about it, often not with the precision of looking at a draft but more of a meandering into it, living it, feeling the music of the original and finding one’s own words as a consequence of that grand understanding-I stay with the thrall!

The song
I came to sing
remains

Taking from poem 13 in the Gitanjali which goes-

The song that I came to sing remains unsung to this day.
I have spent my days in stringing and in unstringing my instrument.
The time has not come true, the words have not been rightly set; only there is the agony of wishing in my heart.

In her essay, Priya reminds us of Tagore’s refrains, his repetitions- and it is this technique, along with her own unflowering to the scent of his poetry, wherein lies the beauty of her work. The mystique here is her own, unravel it how you will.