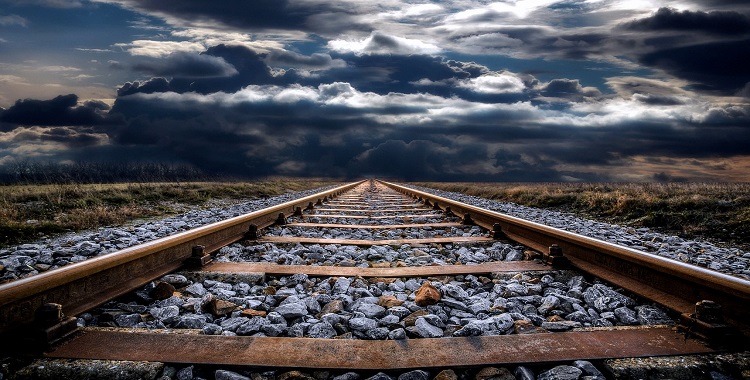 ATTENTION PASSENGERS: Sorry to startle and disappoint, to inconvenience and annoy, but our priority one is not arrival or commute, it’s code for deliverance of a different sort.

My prayers were said, as was my routine before breakfast with my daughter. She was nineteen-years-old, eighteen-months in transition. I was twelve-years on the job, a career in transit authority, but no authority on the subject. She’s priority one. I told her so on the route to school, where she studied engineering, where she started anew as Jade, dropping the ‘n’ of her given name to reclaim the person inside who busted out.

University revealed more friendships than hardships for my baby girl. All my fears and doubts were soon replaced by pride and joy. Jade caught an air stream and soared with birds of extravagant feather. Each day in the tunnels was worth such mornings above ground. My job helped supply opportunity to the future incarnate. I would have spent a-thousand-years in the cavernous depths of transportation to give my girl the chance to learn how to design and build such a network of interwoven speeding lines.

Car parked. The commutes began. Operator, conductor, mine was an identity wrapped up in moving people. The stairwell descent was always busy. The bustling subway hive was a cacophony of familiar vendors, passengers, conversations, transactions, electric tones, mechanisms, functions, lives, staff, coffee, hard times, and good. Get a doughnut for yourself, get some flowers for someone on the mind, get a temperate shelter for a short while, get in the way, get to where you’re going.

I then took a seat in what I christened the ‘observation bubble’. The small glass booth in the lead car on the train was where pleasure in my profession outpoured. I fancied myself a subterranean astronaut. Most people would laugh if I told them that. I had no problem telling Jade. She liked the sentiment. She even thought it was pretty cool. That made me happy, even happier than I was when I watched all the faces, expressions, styles, postures, fashions, ages, wages, cultures, tastes, and sorrows going by before being submerged in the buried channel. We were out of view besides the cameras placed every few metres on the trains and platforms. I remember being made to watch those grainy, time-stamped videos over and again during the investigation.

I was an anonymous figure behind tinted glass as ribbons of blue and white light drifted into sight. My hand instinctively fell on the command handle to pretend I controlled the steel wheels endlessly screeching against the rails. The automated systems did the real driving. I reminded myself as much when the silhouette with dangling hair leaned across the illuminated archway at the platform’s very beginning.

I am not in control. Such fact leapt to the forefront of my mind faster than the jumper snatched that control from divinity’s grip with the force of his free will.

I’ll never forget the sound. That’s what kept me up the nights that followed, limbs flying across my watchful eyes like Peter Pan’s shadow refusing to be reattached. His face was not revealed in the instant before I clutched the emergency break. The hideous noise of bone yielding to forged metal was what replayed in my head as the train slid to a slow, excruciating halt halfway down the platform.

I called it in. Priority one. Standards and practices were employed. What did that say about our standards?

At the command of my shaky voice over the speakers instructing the confounded riders to evacuate, passengers drained from the train, like life from a body. A few onlookers who witnessed the scene held hands to gaping mouths, restraining gasps and tears while I followed procedure and cut power. My supervisor took a statement I scarcely remember. I got my backpack from my locker, returned to the surface, and felt the high sun burn my eyes.

The car turned over. I was grateful to the firing pistons for drowning out the death song echoing in the tunnels between my ears. My hands were sweaty and cold on the steering wheel. Unaware of how hard I gripped the faux leather, my fingers were a frozen claw when I let go outside Jade’s school. Another driver – a friend in the union – called ahead. I didn’t have to say what happened. Unfit to drive, I asked Jade to take us home. She held my hand the whole time. I gazed out the window through tears of misunderstanding, tears of gratitude for the daughter holding on to me as if I might float away without the tunnels overhead.

Aside the road, the speedometer read ‘zero’ before I noticed the red and blues flashing in the rear-view mirror across my eyes and Jade’s. She failed to come to a complete stop at a red octagon dictating traffic rules. We were almost home.

Glass and rubber of the retreating window shrieked like horse hair against violin string when dragged too close to where the neck and body meet. With the sun at his back, a law enforcer requested Jade’s licence. We hadn’t got it replaced since her change. My poor daughter, her explanation of who she’d become falling on deaf ears. The plastic government ID failed to match the person forced to step out our vehicle. Sadness and fury frothed at the corners of my mouth while casting aspersions at the badge and gun. The officer wouldn’t let us back in the car. Jade explained and restrained me in the time it took for the tow truck to arrive to steal our vehicle and my identity wrapped up in moving people. We each got off with a ticket for our trouble.

My daughter was far braver in the face of empathy and logic defied. My eyes dropped to the paved street while we rode the two-shoe express the remaining suburban blocks to our door. We were passengers. We fought for attention, but the tracks were laid long ago.

Image by Pete Linforth from Pixabay

Born and raised in Toronto, Canada, Andrew Calderone's writing career began at University College Cork, Ireland and budded with THIRSTY SCHOLARS, a manuscript crafted at the Humber School for Writers in Toronto. SATURDAY NIGHT SPECIAL, Calderone’s first film, was released the following year during his time in Barbados. COLD IS MY BROTHER won awards at film festivals across the globe after he traveled to research his latest novel, FAULT LINES. Calderone’s documentary, EXIT INTERVIEW, sheds light on controversial social justice. Andrew is currently an MFA in Creative Writing candidate at the University of British Columbia. He remains committed to writing and filmmaking as a proud member of Canada’s strong storytelling lineage.