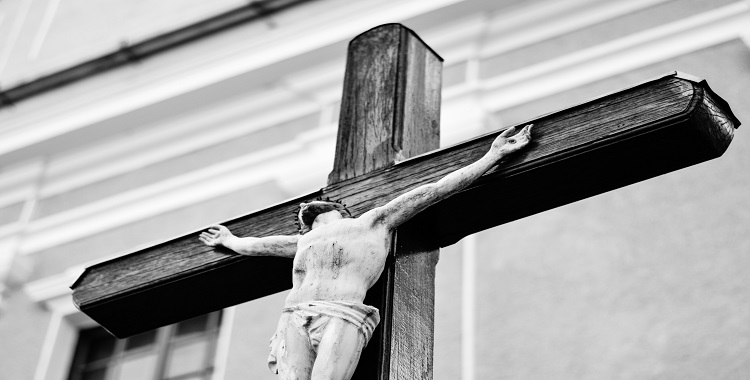 Before the flood,
New Orleans gave us
Crawfish plucked from spicy broth that blistered
Our lips pressed silent during the awkward family dinner;
Sinking gravestones that made my mother clutch her Buddha necklace into herself;
An almond-eyed doll she caressed
In a boutique of porcelain faces with glass eyes peering
Through the lattice of dusty lace-rimmed bonnets
As their bodies propped akimbo on their wire stands.
She adored the doll,
brushed its hair for as long as I wouldn’t let her mine,
Dressed it in dainty dresses I would’ve ripped,
Kissed its salmon-pink pouty lips that did not frown like mine,
Saw in it a part of her that I didn’t have.
The doll, Linh,
Pushed me to the periphery of my mother’s vision.
And then there was the wedding.

Fingertips newsprint-stained from the personal ads in Người Việt newspaper,
Uncle spun a pinkie into his nostril
As he asked my mother to write to the girl in the ad.
When she replied in perfumed stationery,
Uncle patted mom’s butt,
And mine,
In thank you.

My mother’s poetics devoted to others
Brought us here
In a Virgin Mary-decked house
Of Gulf Coast fishing type of Vietnamese
Who sucked the eggs out of gestating crawfish.
A family run by a father
Who scolded me for spitting
Gum into the trashcan.
“My grandsons could eat this,”
And he held the chewed, faded cinnamon wad in my face,
“The doctors would have to cut it out of his belly.”
With this, he dragged his calloused finger down my stomach.

My mother bowed to him
In apology,
In a way I’d never seen her do to a man.

Later, in our hotel room,
She was wearing a shirt she’d bought at the French Quarter–
Rows of cartoon women
Baring their naked breasts
To captions of “bee stings” and “blockbusters.”
She finger-brushed her doll’s hair
And without breaking gaze with Linh’s glass eyes,
She told me, “If
His grandkids are so precious, why
Are they eating out of the trashcan?”
Her words eased the phantom pressure
Of his finger from my stomach.

The morning of the wedding
My aunt-to-be
Straightened my flower girl crown
And applied a shade of pink lipstick
That I would not see again until
Later in the year when we would stand together
Again to view my grandfather’s body, naked
Except for lipstick, to be rolled
Into the incinerator.
“Why?” I tugged at my mom’s sleeve.
She shrugged, “To make him look more alive.”

I kept accidentally touching
My lips and staining
My white satin gloves pink.
“It’s okay,” my new aunt said
As she reapplied and I hid
My stained gloves under my flower basket.

The church was big and velvety
With pews that we only had at the temple for the elders
Who could not sit cross-legged or kneel.
A Christ hung before us and the flesh
Grayed next to the bleeding gashes on his emaciated stomach.
Hungry for distraction, I reached for the book
In front of me, but let it splay on my lap
When I could not follow hymns and psalms
In Vietnamese, Latin, and an English I did not recognize.

The bilingual ceremony stretched on; I caught words about “man and wife” to “serve” and “obey”
And kept my mother in the corner of my eye to mimic when she stood and kneeled and did the Sign of the cross. The French had built memories into her body.

When each pew rose to follow my uncle and new aunt’s taking
Of wafer and wine,
I stood too,
But as I edged to the aisle,
The Catholic father palmed
My chest so hard
That I fell back into the pew.
He shook his finger in my face,
“No Cath-o-lic,” he said in English.
“But,” I stuttered and pointed at my other uncle
Who would cross out the “Jes” in “Jesus” stickers and replace it with “Not,”
To my bà ngoại who only put a picture of blue-eyed Chú Jesu in her house next to the deities from every other religion to cover her bases,
And to my mom whose daily Buddhist chants
Are still the sound of my fears and hopes.
But my mother caught my eye as I slumped, confused, in the pew.
She shook her head,
Then turned back to take her wafer.
I sat there, as everyone else I knew took communion.

My uncle moved his bride to California
And their house was heavy
Like drowning while walking,
The weight slinging back up into the throat only
When phantom footsteps raced downstairs
Or the top of a translucent head peeked from behind the bed.
Too scared to say anything that would make them more mad,
I squeezed my eyes shut and murmured prayers to Phật Bà
To protect me because
I’d done the dishes this week,
I’d dusted Linh’s head,
I’d been enough to not be
Murdered by a restless ghost.

After a weekend of housesitting–
The iron clicked on and tumbled
Down the staircase, burning
Triangles into the carpet,
And Vietnamese opera swelled
From the record player upstairs–
My mother, her heavy Phật Bà necklace jingling on its dainty chain,
Sat down with my new aunt and asked,
“Do you feel it too, little sister?”
My new aunt’s eyes wavered
And glanced at the Virgin Mary
Standing tall on the mantle.
“With all due respect, elder sister,”
She started to my mom and I held my breath,
“Ghosts are just superstitions.”
My mother looked at me
The way she had that day at the wedding,
And I knew we wouldn’t be returning to their house.

Before we left for the last time,
I approached the mantle like an altar,
But this time
Standing.
The Virgin’s eyes cast to the side
Under brush strokes of lashes,
Breakable porcelain fingers gripped flowers and a heart.
And in the shining trim of her veil of submission,
Of humility,
I could see my own face
And, behind me,
Strangers’ shadows crossing in gold.

Photo by Adrian Dascal on Unsplash

Jade Hidle is the proud multiracial daughter of a Vietnamese refugee, and a first-generation American, college graduate, and professor. Her book, The Return to Viet Nam, was published by Transcurrent Press in 2016, and her work has also been featured in The Columbia Journal, New Delta Review, Word River, Spot Literary Magazine, The Ethnic Studies Review, the Diasporic Vietnamese Artists Network’s diacritics.org, the U.S. Holocaust Museum’s series, Memory Transferred.