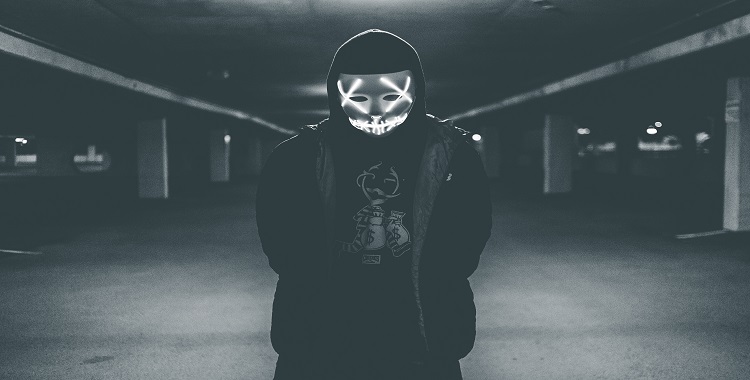 Inspired by an Oneida Tribal Tale and a Selection from the Longer Story, “Cloven”

On a stormy summer night just like this one, just around this time of year, a striking man walked into a bar not far from here.  He had smooth raven-black hair, so black it shone a deep blue in the light. His eyes were the rich brown of polished Tiger’s Eye stones. He stood 7 feet tall, broad shouldered and lean, and he was dressed in a solid black-on-black suit and tie.

Everyone looked him over—men and women too. The coming storm had tensions high.  The crowd was spoiling for a fight to break out over love or money or just for the hell of it. He met the gaze of every patron in the bar, one by one, and smiled. ‘Bartender,’ he called, ‘A round of drinks on me.’ The crowd cheered; tension broken like a popped bubble by the promise of free liquor.

But the peace wouldn’t last for long. The tall man laced his way through every couple on the dance floor, weaving in between partners and breaking up everyone’s rhythm, ruffling their feathers once again, so to speak. Finally, he stopped at the sight of the prettiest woman in the bar, who was standing beside her equally-handsome husband.

She was a shy and quiet thing, hiding her eyes from him while he looked her over. When asked for her name, she whispered it so softly he scarcely heard it. He asked her again, and again she barely spoke.  But the third time she looked him square in the eye and said, “Willow.” She was nearly as tall as her husband and almost all legs.

Well, the tall man turned to her husband and challenged him to a dance-off.

“And if you lose?” Her husband answered boldly. He wasn’t nearly as handsome as the tall man, but he was able-bodied and proud and known for his dancing skills. And until the tall man had entered the bar, he’d been the most attractive man in the room.

The tall man bent low and whispered something into the husband’s ear. No one knows what wealth he promised him, but it must’ve been something grand.

It was decided the crowd would judge the competition, and the tall man would select the music. The song was unfamiliar to everyone at the bar, though he’d found it on their jukebox.

Both men began to dance. The lyrics spoke of a long-legged woman who was a “fiery one.” The tall man pivoted on his heel and looked back at the proud man’s wife at that. Her brown eyes smoldered like banked coals.

When her husband saw the look that passed between them, he missed a step and tripped over his own feet in the middle of a jig. He fell to the floor in awkward frustration, hammering the wooden floorboards with his fists before standing once more and throwing a wild punch at the tall man, who ducked out of the way easily without missing a single step.

The crowd voted in favor of the tall man. There had been no way around it. Not one of them saw fit to apologize to the proud husband or even meet his eyes, so great was their shame in voting against a fellow tribe member.

The tall man stared them all down, challenging them to negate his claim to Willow, but no one could look at him, either, for entirely different reasons. It was a good thing, too, because one pair of those downcast eyes belonged to a wise old woman who happened to see something.

“Stop!” she yelled. “Look at his feet. Those weren’t cowboy boots clipping and clopping on the dance floor. They’re hooves! We’ve been tricked! Catch that shape-shifting devil man before he makes off with Willow forever!”

The tall man turned to the elder and smiled, a wicked glint in his eyes, then ran straight out the door, grabbing Willow by the arm. He made for the dark forest behind the bar, and neither one was ever seen again.

Photo by Erik Mclean from Pexels

Michelle Engel received a Master's in English from the University of Wisconsin-Oshkosh. Her thesis concerned the trope of the underworld journey and its role in feminist literature. She's had a lifelong fascination with folklore, mythology, and spirituality which her poetry, fiction, and visual art reflects.