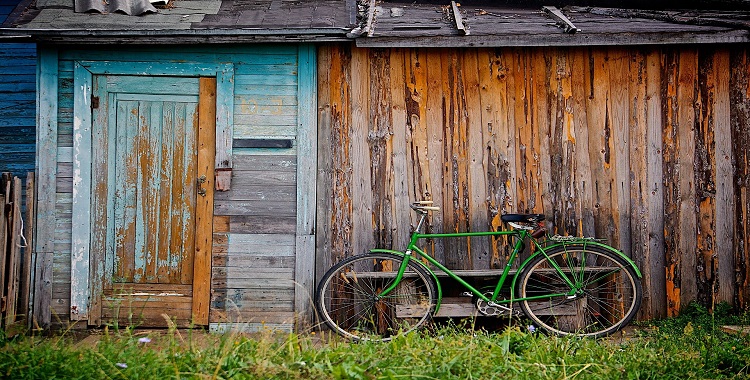 ‘I have been thinking about getting a cat for some time,’ my husband said between sips of tea.

I looked up in surprise. I had no idea he liked cats. My husband is not given to talking much, and even less so first thing in the morning. It is because he is a poor sleeper and is always tired when he wakes up. I on the other hand sleep soundly and have no problem with conversing in the morning. But I am fine with being quiet too. I have learnt to keep my thoughts to myself, spin them out, wrap them all around me and luxuriate in them like a silkworm.

‘Last night I saw cats fighting,’ he continued, ‘two, both white and orange. I wouldn’t have believed that two cats could create such ruckus. They were letting out blood-curdling cries and were quite literally going at each other, tooth and nail. It was fascinating.’

‘Ahunh,’ I made a non-committal sound in my throat to show I was listening, wondering to myself where could he have seen the cats fight? We had gone to bed early last night. It was one of those nights when after the meal and cleaning up is done, everything – the wind-swept clouds, half-hidden moon, green, moist smells – everything conspires to make you restless and you take refuge in bed and the deadness of sleep.

‘They were fighting in the back alley, right in front of the shanty near the peepul tree.’ he said answering the question I hadn’t asked. He has a way of doing this sometimes – of answering questions I haven’t asked yet. I am not in the habit of asking many questions anyway. If you think about it, there aren’t that many questions you can ask anyone else, the essential ones you have to figure out by yourself and I already know he prefers fried bitter gourd and is allergic to garlic. ‘I watched them from the window. They were making such a racket; it is a wonder you slept through it.’ he looked at me accusingly. ‘They were pouncing and tearing and rolling about, screaming and snarling all the while.’ I produced another listening sound. ‘And I wasn’t the only one watching, they had other audience – two smaller cats. They were sitting side by side on the wall, watching the fight the whole time, sitting still like two attentive spectators.’ He glanced at the window that opened into the lane behind, ‘What could they be fighting like that for?’

What could be worth fighting like that for, I thought and looked towards the window too. Light was streaming through it and a part of the spreading peepul tree, whose roots had emerged from earth and groped for purchase on the tarred road, could be seen bobbing cheerily in the morning breeze. I tried to visualise two lithe feline shapes attacking each other ferociously in the dim alley, but failed. Going by statistical probability, it must be a common enough occurrence for cats to fight in a city liberally stocked with them and yet I realised I had never actually seen a cat-fight. On the other hand, I could easily picture the two spectator cats perched on the boundary wall – erect, aloof, ears pricked, tails swishing occasionally. ‘There have always been cats in the lane.’ I contributed, ‘I think I have seen the woman from that shanty feed them some times.’ It was true. Most evenings I stand at the window watching the sun disappear behind the buildings on the other side.  The woman emerges from the shanty while it is still light and scatters left-overs for the cats. She is always dressed in an ankle length, shapeless cotton gown, a purple dupatta thrown across her chest. Her belly protrudes and her wiry hair are tied back in a bun. Sometimes she stands in her doorway and watches the cats eat. Often a pressure cooker whistles shrilly and she hurries back inside the shanty. Some days a man, skinny and much younger than her, clad in a pair of jeans and a loose shirt comes trotting up the lane. On those days, the woman ducks back inside the shanty and the young man follows her. I have watched this little sequence repeat often under the many-coloured sky at dusk.

‘Yes, I saw her too.’ My husband said. I sat up straighter. What could she have been doing out in the lane late at night? ‘You should have seen how those two were giving hell to each other, they looked as if they were bent upon murdering each other.’ My husband continued. It took me a moment to grasp that he was speaking about the cats. ‘One got hold of the other’s ear and hung on while the other punched the ear-grabber all over the body. They were real punches too, the puncher drew back its paws and was letting the other have it with full body-force. It was like one of those anything-goes no-holds-barred fight shows.’ He wriggled his eyebrows in surprise. ‘I never thought cats could be such blood-thirsty animals, they look so calm and quiet. Makes you think.’

‘They are hunters,’ I offered, ‘I have seen them stalk pigeons and squirrels. They are quite quick. And lethal.’

‘It is not the same, you don’t understand.’ A note of complaint came into his voice. ‘You should have seen them, they barely looked like cats, they were completely transformed, like beasts of the forest. And yelling blue murder all the while. You sure you didn’t hear a thing?’

He sighed. ‘It was such a noisy battle too.’

‘Perhaps the woman from the shanty came out into the lane because of the noise.’ I ventured after waiting for him to speak.

‘No, I don’t think so. The guy came out because of the noise. She came after the cats were already on the run.’

I was perplexed. He hadn’t mentioned a man till now.

‘So there I am busy watching the cats when this guy suddenly appears from nowhere and starts pelting the cats with stones. Good thing too, I was thinking of calling the guards myself to see what could be done. The cats took off just as the first stone fell, it was like a conjurer’s trick – one moment two animals are tearing at each other, the next – an empty lane. They just vanished. But their yelps could be heard for a good minute after they disappeared.’ He wiggled his eyebrows again. ‘And not just the fighters, the watchers melted away too. That guy broke up the scene.’

‘Why would the woman come out after the fight was over and everything quietened?’

‘One fight was over.’ My husband said enigmatically. ‘That guy went on throwing stones and cursing even after the cats vanished, that’s when the woman came out. She just grabbed hold of his arm and shook him. He was a skinny guy with bunches of curly hair and she shook him like a hurricane.’

I sucked my breath. ‘Why would she do that?’

‘Who knows? She was yelling at him for hurting the cats but I don’t think a single stone had touched the cats, they were too quick for him. In fact, he did the cats a favour, there would have been blood on the streets otherwise. Those two were ready to fight till the end. What animals…’

I felt impatient. ‘But what did the man do?’

He gave me a curious look. ‘It all turned very melodramatic, he yelled a bit at her, abused and cursed her out. Then she rushed into the shanty and threw out a plastic bag filled with clothes and things at him and told him to just go and slammed the door. He squatted there in the lane, crying and shouting that she had ruined his life.’

My heart beat hard. ‘And then? What happened then?’

My husband threw me another curious look and rose. ‘It was all quite sordid, I had no interest in watching a street fight. I closed the window and came to bed.’ He went for his bath. I sat in silence gazing at the bright window.

It was an early monsoon evening.  I stood at the window. Light pearled and faded as clouds scudded across the sky. The peepul shook with the gusts. The back lane was silent and gray. Dusk deepened and just as I was about to shut the window and turn away, I saw the skinny man walking up the lane. He carried a small cardboard box, the kind you get at sweetshops, and a packet done up in dried leaves. Flowers, I guessed, those sold by kids near temples and at traffic signals. He came up to the shanty. The door was shut. He knocked at it hesitantly and stood cradling the box of sweets and flowers in his hands and shifting from foot to foot. Something rose in my throat. I closed the window and retreated into the house.

Image by Free-Photos from Pixabay

Anukrti Upadhyay has post-graduate degrees in Literature and Management, and a graduate degree in Law. She also wrote a doctoral thesis on human relationships in post-modern Hindi stories in a past life.

She writes fiction and poetry in both English and Hindi. A collection of Hindi short stories, titled Japani Sarai, has been published by Rajpal and Sons and two short novels in English, Daura and Bhaunri, by HarperCollins under their prestigious literary imprint, Fourth Estate in 2019. A third novel in English, Kintsugi, is out from HarperCollins in July 2020.

Anukrti has previously worked for Goldman Sachs and UBS in Hong Kong and India. She is an Indian national, and divides her time between Bombay and Singapore.