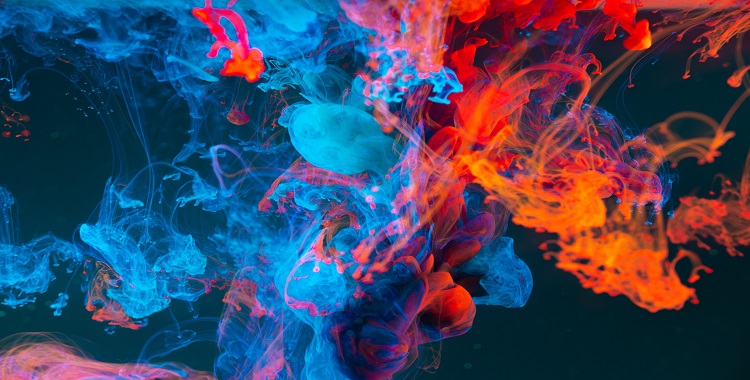 Down on the lake rosy reflections of celestial vapor appeared, and I said “God, I love you” and looked up to
the sky and really meant it. “I have fallen in love with you, God. Take care of us all, one way or the other.”
~ Jack Kerouac, Dharma Bums

The Bliss Army
is said to carry the traditions of earlier, spiritually advanced teachings
for all people and all times
which present civilizations have forgotten.

For our actions to gain the support of the universe
we must base our actions on the foundation of universal law
on the Dharma.

The Dharma is formless to its discovery by an Ego-bound identity
The Identity gains knowledge of its true nature beyond time
space, death and suffering. Identity is
restored whole in the dharma of the kiss.                          Outlaws &
Dharma Bums
harness the Law harness the Consciousness.
Or as Freud explains:
The functional importance of the ego is manifested in the fact that normally control over the approaches to motility devolves upon it. Thus in its relation to the id it is like a man on horseback, who has to hold in check the superior strength of the horse; with this difference, that the rider tries to do so with his own strength while the ego uses borrowed forces. The analogy may be carried a little further. Often a rider, if he is not to be parted from his horse, is obliged to guide it where it wants to go; so in the same way the ego is in the habit of transforming the id’s will into action as if it were its own.

Non-Harm is mental health. It removes
the basis for negative emotions. Intent
reflects the harmless kiss of harmful lips.

The True Warrior is the Strong Therapy of Radical Detoxification
to eliminate disease-causing factors
for the health of the social body. The substance and the form.

Withdraw from egotistic involvement and become an immortal.
The real self is the being of consciousness
that transcends time, place
and individual.

Egotism includes intellectual, physical, social
overestimations of oneself. Ethical egoism is moral agents
do what is in their own self-interest.
Psychological egoism claims people only act in their self-interest.

Page 14: …the eightfold path taught by Patanjali in the Yoga Sutras…
Page 50: …an integral eightfold approach or eight limbs by Raja Yoga…
Page 113: …the practice of Raja Yoga and its eight limbs…
Wikipedia: … “The Noble Eightfold Path consists of eight

Consciousness is the Principle of that which Reflects
the Intelligence which is the Universe.

Observable phenomenon
cannot and so does not exist
for its own sake
but only for the sake of the perceiver.

The universe of observable phenomena
follows a pattern of organic law reflecting Pure Consciousness behind
the universe of observable phenomena.
Coleridge explains:
The Imagination … that reconciling and mediatory power … organizing (as it were) the flux of the senses by the permanence and self-circling energies of the reason, gives birth to a system of symbols, harmonious in themselves, and consubstantial with the truths of which they are the conductors.

The World is based on Intelligence.
The World works through the mind and follows a pattern of Organic Law reflecting

this Pure Consciousness behind The World.
The World is based on Intelligence.
Intelligence works through the mind and follows a pattern of Organic Law reflecting

this Pure Consciousness behind The Intelligence. As Freud explained:
The Ego is that part of The Id
which has been modified by the direct influence of The External World.

Pure Consciousness is the source of all subjectivity
or sense of self through which we feel
alive and can act independently …distinct from the ego, or
the “I am the body” idea…
the “skin-encapsulated ego,” said Alan Watts
…not an embodied self…
the I-process
…pure Self-nature
proprioceptive
beyond all objectivity…              The ego “serves three severe masters,” said
Freud, “the external world, the super-ego and the id.”

So how do we perceive? The Higher Self is the conscious
ground of all manifestation which shines by the Higher Self’s
reflected light. Its light, mirrored through the mind
allows perception to occur.

Coleridge explains:
Now the sum of all that is merely objective, … nature, comprises all the phenomena by which existence is made known to us. On the other hand, all that is subjective, we may comprehend in the name of the self or intelligence. Both conceptions,” subjectivity and objectivity, “are in necessary antithesis. Intelligence is conceived of as exclusively representative, nature as exclusively represented… During the act of knowledge itself, the objective and the subjective are so instantly united, that we cannot determine to which of the two the priority begins … both are coinstantaneous and one.

At the beginning of creation
cosmic mind comes into being in order to create the world.
The universe first arises as a meditation of

“He whose face gives no light,” writes
Blake, “shall never become a star.”

The Return of the Repressed
forms unhealthful symptoms
The main cause of disease is
wrong functioning of The Individual Intelligence
owing to the influence of The Ego, which results in bad judgement, wrong values
and false beliefs; or, as Freud explains:
“The Ego represents what may be called reason and common
sense, in contrast to The Id, which contains the passions … a person only falls ill

of a neurosis if his Ego has lost
the capacity to allocate his libido” apropos of The Super-Ego’s
calendar of inspiring quotes.

“The Ego, driven by
The Id, confined by
The Super-Ego, repulsed by reality, struggles
bringing about harmony among the forces and influences
working in and upon it,” explains
Freud using the three interacting agents in his structural model of the psyche.

In The Ego and the Id (1923)           Freud discusses “the general character of
harshness and cruelty exhibited by The Ego Ideal – its dictatorial ‘Thou shalt’.”

The term “ego” is from Latin. The word “ego” is
the nominative of the first person singular personal pronoun.
“Ego” is translated as “I myself” to express emphasis.

This worker could not find the word “ego”
in the earliest English translations of the Upanishads in the early 19th century – yet –
though “egoism and egotism” was then an issue of philosophic discussion.

Coleridge continues:
The secondary Imagination I consider as an echo of the former, co-existing with the conscious will, yet still as identical with the primary in the kind of its agency, and differing only in degree, and in the mode of its operation. It dissolves, diffuses, dissipates, in order to recreate: or where this process is rendered impossible, yet still at all events it struggles to idealize and to unify. It is essentially vital…

Subjective Creation:
1. an underlying mental nature
2. an intelligence
3. an ego
4. a sense mind

give rise to substances, forms, impressions.   The Primal Pleasures of the five
senses and their Primal Measures
can be experienced directly in The Mind as the five ways of knowing
are emitted on a subtle level by
All Things in the World                                 Reflect the basic fivefold
structure of the cosmos.

The five prime energies – Ether, Air, Fire, Water, Earth –
allow the coordination
of the five sense organs with the sense objects
“to idealize and to unify … even as all objects
(as objects)
are essentially fixed and dead,” writes Coleridge.
Aristotle’s

“not with them.”    We perceive objects with our sense organs
because the objects and our organs
are coordinated by the Prime Energies – the vicious intellectualism
of viscous abstractionism
is a moment of truth for the unus mundus.
According to the Biographia Literaria:

“The poet, described in ideal perfection, brings the whole soul of man into activity… He diffuses a tone and spirit of unity, that blends, and (as it were) fuses, each into each, by that synthetic and magical power, to which I would exclusively appropriate the name of Imagination.”

Elements as principles of density apply to all mediums.
Different densities, fields of expression
for different ideas. “The person who does not believe in

miracles,” Blake reminds us, “surely makes it certain that he or she will
never take part in one.” Grateful Dead sing they “need a miracle every day.”
The Five Elements
encompass all forces of manifestation for all substances in the universe.
Primal Nature                    is the seed ground of multiplicity.

“Do what you will
this life’s a fiction,” Blake jotted in his margins
“and is made up of
contradiction.”
Nietzsche asks:
Why couldn’t the world that concerns us – be a fiction? And if somebody asked, “but to be a fiction there surely belongs an author?” – couldn’t one answer simply: “Why? Doesn’t this ‘belongs’ perhaps belong to the fiction, too?”

Spiritual progress is waste management of
addictions, neuroses, perversions reflected in
sexual predations, cults and superstitions, and religions of

Watts discusses the search for god as a
game of cat-and-mouse.
The Serpent Power
Saints and Sages are rare at any time – but a Dharma Bum backsliding
but adharmic living in the Bliss Army
is
a “person [who] has a danger of severe psychological problems
would be unlikely to fill out such a [Mental Constitution] Chart
or even read such a book” as Yoga & Ayurveda: Self-Healing
and Self-Realization.
This worker’s “danger of severe psychological problems” has turned attention to

“All these people,” said the Dharma Bum, “they all got white-tiled
toilets and take big dirty craps like bears in the mountains, but it’s all washed away
to convenient supervised sewers and nobody thinks of crap any more or realizes
their origin is shit and civet and scum of the sea.
They spend all day washing their hands with creamy
soaps they secretly wanta eat in the bathroom.”

…this worker’s attention turns to his histories of White-mansplaining.

Frogs and turtles prefer still or stagnating waters
being ambitotems of the mind. “The man who never alters his opinions,”
says Blake, “is like standing water and breeds
reptiles of the mind.” Lotus flowers prefer standing in still water.

And of the Dharma Bum? “I see him in future years
stalking along with full rucksack, in suburban streets, passing the blue television

windows of homes, alone, his thoughts
the only thoughts not electrified to the Master Switch.”

Photo by Lucas Benjamin on Unsplash

Nicholas Karavatos is a lecturer in creative writing at the Arab American University of Palestine - Jenin, West Bank. In spring of 2018, he was a US Ambassador's Distinguished Scholar to Ethiopia. From 2006 through 2017, he was an assistant professor at the American University of Sharjah in the United Arab Emirates. Nick is a graduate of Humboldt State University in Arcata and New College of California in San Francisco.