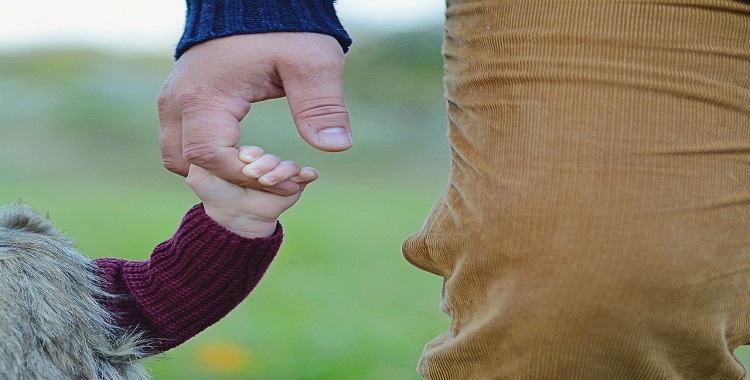 I noticed the paint coming off the white iron table in the lawn. I had made two steaming cups of coffee, baked some shortbread for the little soiree with my father. I saw him coming out of the wooden door that creaked on its hinges, unoiled and dirt ridden. He stepped into the lawn where I was waiting for him. His walk appeared sluggish, far slower than, how I remembered it to be the last time I saw him, six months ago when my mother died.  It had also been then that  I got my job confirmation letter which asked me to fly to California the very next week. It had been a difficult time.  My mother had lost her long battle with her persistent heart disease, dilated cardiomyopathy. Being the only child of my parents, I had considered giving up the job offer to stay with my father during those rough times. However, I gave up when he insisted that I should go.  I remembered, with a deeply rooted guilty conscience, how I had not been resolute in convincing my father to let me stay with him. I remembered having no words to say to him when he sat, looking down on the pale white face of his wife who looked as if she was sleeping peacefully in a deep slumber, unaware that she was leaving behind a couple of turbulent father-daughter duo. He had touched her cheek, silently wishing that she would wake up, his eyes watery in disbelief that his only companion had left him for a better world.

My father pulled a chair across the table from me and gave me a small smile. I noticed his sad grey eyes that confessed stories which  he never told.  I caught  sight of his  hair, which seemed greyer than it had been  six months ago. He looked tired and old and completely unlike the father I had known my entire life; an active disciplined army man who honored his duty towards his country more that anything else in the world. I remembered the days when I craved for his time, flustered, complaining to my mother about his undivided attention towards his duty and no attention to me, his only child. I used to look at my friends and their fathers, envying the bond  they shared, wishing to be as close to my father.  However, nothing changed. I slowly grew to accept the situation, just like my mother had done her entire life. Amongst all the disappointments and heartbreaks, I grew up and so did my father. I loved him but not like the way I loved my mother, like an ally, a confidante.

“You have made coffee just like your mother used to make.” My father broke me from my reverie, when he said those words after taking a few sips of the now-lukewarm coffee. I smiled at him, not realizing that it was the first time he had mentioned my mother between us after her death.

We sat in silence with the sun setting before our eyes, a silence I had not known previously, a comfortable silence that had grown out of a lifetime of discomfort, a silence between two comrades of war, who were tired of relentlessly fighting and who had no choice but to find solace in one another. Crumbs from the shortbread fell from the corners of his mouth, dropping into from the now overgrown moustaches  to the green grass of the lawn. I looked around, hitherto unaware of the tall, un-mowed grass of the lawn that stood in the middle of  unkempt plants and bushes, which had known a lifetime of perfection, with their branches trimmed and flowers groomed to perfection. The plants now grew in all the directions, ungoverned, free and wild, as if in anger at the absence of their mistress, my mother; yet reveling in the new found freedom of the wildness, a freedom that they had not tasted previously.

In spite of their stark contrast to their previous version, the present condition of the lawn gave me colossal comfort in its wilderness. The tall grass grew as if enveloping me and my father in a cosmic ball of solace and tranquility.

“I know the grass is un-mowed.” My father said, as if reading into my thoughts.

“Yes, mama never let them get to this. She was so particular about all her plants.” I answered remembering my younger days when I used to see her fussing over the minutest detail of the house.

“She never let anything stand  bedraggled. She did everything, took care of everything without  a word of complaint  her entire life.” My father fell silent abruptly as if regretting his words, ashamed of admitting now what he had failed to admit his entire life. I saw in the expression of his face, in his blinking eyes,  thankfulness, appreciation, recognition and love for my mother, things which she had always wished for, silently, for as long as she lived.

“Come with me, you don’t have to live here by yourself. There is no point living here alone when I have got a house there.” I looked at him, eyes beseeching him to consider it.  He looked at me, as if he was waiting for me to say this to him.

“No, my life lies here. I can’t leave this house. This is our house, a home that your mother built with her love and devotion.” He answered softly. His voice shivered as if in a fight of its own.

“We’ll keep the house and we can come back here as often as you want.” I touched his old, shriveled hands and squeezed them softly, feeling his old age between my fingers.

“Let us walk on the grass.” He said without looking at me.

I stood up taking off my slippers, noticing that he was already barefoot.

He took my hand and walked with me around the lawn, right in the middle of the wild plants, taking small steps, barefoot on the grass, both of us aware that this may be our last walk in our old lawn. It was a walk I had once desired, a walk that came a little too late but came nonetheless, a walk that mattered more than anything in the world, a walk that I took with my papa.

Image by Keelco23 from Pixabay

Mahima Kaur is a Literature and an Arts Major, a qualified English Assistant Professor and an all-time learner. She calls herself a writer, but with layers of hesitation and pangs of doubt, because of the sheer overuse of the word, of the mere travesty of its treatment in today's TikTok world. Some of her work, fiction and non-fiction, have found their way to internationally recognized magazines and journals.