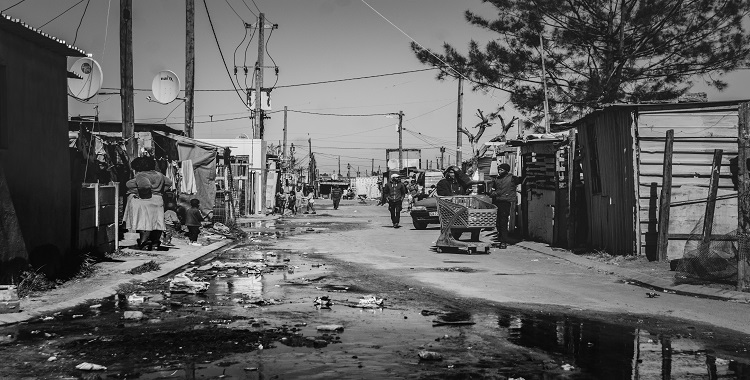 Sidestep the puddle that stretches from one side of the sandy road to the other, up to the lip of the cement doorstep. Knock on the wooden door, its blue paint peeling off. Exhale when it creaks open, and the little girl who appears comes up only to your waist.

“Nga’nga def?” Try to make your Wolof vowels sound just like hers.

“Mangi fi.” She looks up at your braids, confused by your accent, your shoes, your hair. Then, “are you a girl?” She speaks slowly, each word standing alone. Her eyes move towards the colored rubber bands at the tip of each of your braids.

“Do I sound like a girl?” Smile, to sound like your cousin Malal would, sweet and gentle, even when you’re being all New York City on the girl’s Dakar. This was his gig; his schtick. You are only taking over because you tried everything else, and this is the only thing that makes sense. Channel your coz and come out nicer than you knew how. “I can’t be a girl because I am not pretty like you.”

Remember why you’re here. “Is your mom home?”

The girl shakes her head no.

“How about your brother? Sister? Anyone who is a grown up?”

Which is the name of a woman but also means ‘the maid’. What kind of parents…? They have to be even worse than your own. Guess that this Bintou is not very good at her job, judging by the crusty boogers under the girl’s nose. A girl who lives in a half-flooded house with a broken- door has a maid ­–– only in Dakar.

“Ask her to come?” Use a voice that has never known this side of polite. A voice Malal never heard; would have loved to hear. Not that you ever did this canvassing shit with him when you had the chance.

Bintou appears at the door. Extend your hand.

Watch the young woman take you in, your braids, your shoes –– neon green Nikes make invite all kinds of envy in the Banlieue. Guess that she wouldn’t guess you’re in high school.

“He’s a boy,” says the little girl, whose nose has been wiped now that there is ‘company’. This is what the French have left behind: the idea of doing things only for the display.

Bintou nods and can’t hold back her laugh at your funny hair and shoes.

If Malal was here, not just at this broken door but in this city, on this earth, he would ask after her mother, and her health, but you’re no good at niceties. “It was us. This group. OK, not me exactly…but us. We did it. We won the election.”

Bintou blinks in confusion. “But why are you here now? It’s over.”

“Because that was just the start. My cousin Malal used to say…” Stop yourself before the tears roll down. That he gave his life to the cause. That it should have been yours. Regain your senses. “The New Type of Senegalese don’t sit around and wait for the government to solve our problems for us.”

Bintou nods, as if to say she’s had enough, and she’s got things to do. Squeegee the shower tiles. “Alhumdulillah.”

You don’t want it to be over yet. She’s your first recruit, and you are just getting started. “Saying God is great is not enough. Don’t just say it. We have to do something.”

Bintou nods her head to the beat. “But you are not Senegalese.” It’s your accent, tinged with your mom’s Haitian Creole. “Why do you care what happens to us?”

Your half has become your whole. “I was born in New York, but I’ve come back to my father’s country.”

Bintou shakes her head in disbelief. “New York, it’s not better than here?”

She angles the door to close it.

“Wait.” Choke back the tears that have been swimming just behind your eyes. since yesterday afternoon. Show Bintou all the perseverance Malal will never see. “I… It’s my first time. You’re my first house.”

The little girl sees the tears and reaches for your hand.

Tell them both, “I shouldn’t be here. It should be my cousin. His name was Malal. He was so much better than me. In every way. And every morning I wake up and I don’t know where to go or what to do. The only thing is to carry on where he left off. I’m terrible at this, but I’m going to keep at it, keep knocking on doors and talking, talking, talking, until I’m as good as him.”

Bintou’s face softens. She has little interest in the brand new President, but she has a lot of cousins she loves. “You’re good, mon ami. You’re good.”

Photo by Jean-Baptiste D. on Unsplash

Tej Rae is a freelance writer currently based in Addis Ababa, working on her third novel. After teaching high school English for 15 years, she transitioned to journalism and fiction. Her publishing credits include The Washington Post, BBC Focus on Africa magazine, The National newspaper in UAE, Typishly, Wanderlust, Necessary Fictions, Solstice, and Prometheus Dreaming, among others. Recently, she placed fourth in the The First Pages Prize, judge by Sebastian Faulks. Tej has two teenage children and travels with her work for the United Nations. Since 1999, she has lived in Zambia, Senegal, Dubai, Ethiopia and Rome.