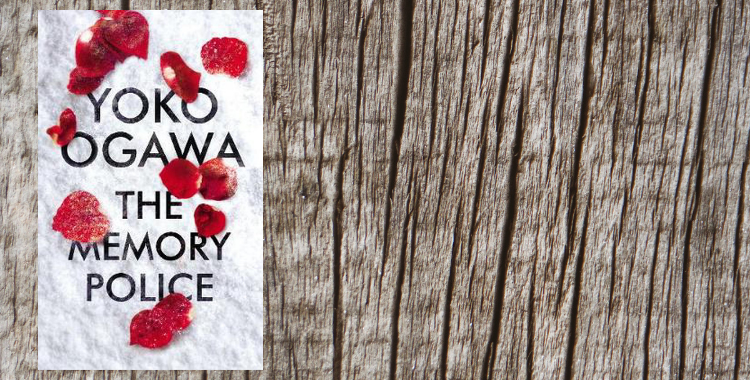 Nothing distinguishes a human being from other creatures (including other humans themselves) like memory. Each of us are unique in our experiences and their associated memories. These are the planks that build the ships that we are. Then, much like a certain ship belonging to a certain Greek hero, would we remain the same if some of these memory planks are removed and replaced with others? Would we cease to be who we are if our memories disappear? Or do we become entirely new persons? If yes, then how much of our previous selves do we carry over into the new personality? These are just some of the myriad layers explored by Yoko Ogawa in her stunning novel, The Memory Police.

Set on an unnamed island, The Memory Police is told from the perspective of an unnamed narrator. On this island, an item of everyday use disappears periodically. Disappears not just from the island, but also from the memories of those who live on them.  These can be anything from perfume to precious jewels. But once they are gone, they ceased to every have existed for the inhabitants of the island. There are a few ‘flawed’ individuals who do not lose their memory. They are flawed, for they retain that which must not be retained. These unfortunate souls are picked up by the titular memory police, a paramilitary force that rules with an iron fist.  In accordance with the disappearances, the citizens are forced to change their lifestyles, professions and even definitions. The protagonist is a novelist, who churns out book after book to make both ends meet. The latest book that she writes features as a novel within the novel, offering yet another layer to a book that speaks so much more than the number of pages it occupies. So when her editor is in danger of being captured by the Memory Police, she takes it upon herself to save him from his impending fate.

This book is scary. It is dystopian, of course. But in many ways, it is unlike the classic dystopian stories that we have come to love, and more like the dystopia that the world is seemingly careening towards. For our protagonist is a normal citizen. She is not a Winston Smith rebelling against Ingsoc. Nor is she a Handmaid looking to escape Gilead. She is an everyday citizen who has no special powers. She forgets the disappeared things like every other person. She is accustomed to the ways of the island. She isn’t looking for an escape or a change. She never questions or sees the need to question the status quo. She is each and every one of us at our most vulnerable. Ripe for exploitation.

What we are subjected to, is how easily minds of a citizen like our protagonist can be manipulated. We see how quickly the populace adjusts to the new norms, as if there never was an old one. Indoctrination is a slow poison. There won’t be any sudden ambushes, or loud explosions. It sets in, slowly and steadily, until it surrounds you from every side, takes everyone you know and love, and closes in until you suffocate and give up, or give in. And this is beautifully weaved in amongst the various layers of storytelling. I want to write more but words escape me. To sum up, this book is fabulous and highly recommended.

Jay Vasudevan is a Senior Web Developer based in Bangalore. He is an ardent reader and an active member of the Bookstagram community since 2017. He is also a passionate writer who intends to share and spread the magic that each turning page brings. He is a graduate of The Bangalore Writers Workshop and his work has been published in ESPNCricinfo.