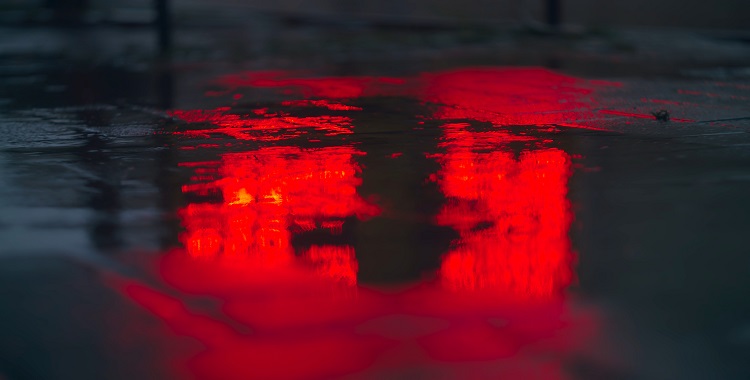 You did not want it. When it came you’d have to enter that veiled, silent place where the women lived, and the things you loved—the bicycle, your school, even laughter—were considered improper. Obscene.

In Sinhalese they call it The Cleaning of the Body. In Tigrinya it is That Thing Belonging to Our Mothers.

Halfway to the mountain summit is a village of goatherds who make the most wonderful cheese, pungent, creamy spheres wrapped in wax paper. When their daughters are in bloom, the villagers tie their animals outside and shut the girls up in the goat sheds. Even the little ones, eight or nine years old. Sometimes they have to drag them, screaming, away from their mothers and into those hovels full of straw and shit.

Flamingos are migrating, cardinals are mating, the rooster is molting.

Headline from the frontlines: They Didn’t Have Napkins So They Used Sand and Bread.

It came. Your mother called it Your Time and showed you how to extract the sodden cotton from its plastic wrapper, shred it between your fingers and flush the bits away, an exercise that left stringy-clingy traces of membranes on your skin.

In some cultures they say the hive is dripping with honey. Or, she’s tapping maple trees. In Sweden the girls say they’re “having jam with the waffle.”

Describe it in one word: Gold.

Chico Mendez was killed. He was a rubber tapper. Yes, they shot that gentle forest guardian and his blood stained the floor of the Amazon. Now, when their insides come out, when the blood congeals in the forest between their legs, some women say, “Estou com Chico,” I’m with Chico.

Is the strawberry patch fruiting, did the peach tart explode in the oven, has the pomegranate ripened on the tree? Is the cherry soaking in the sherry?

There were some perks. Your father and brothers refused to eat a meal prepared by a woman under the curse. Released from your duties in the kitchen you invented games that required no playmates: tossing a marble into a broken coconut shell, folding old bank chits into birds.

A feminist once said, “Frida Kahlo is painting in my studio.” A Hungarian hairdresser announced, “There are communists in the funhouse.”

Somewhere in the world a little boy is playing Growing Up. He drapes himself in his mother’s clothes, lamenting the absence of fleshy lumps on his chest and a mysterious cave between his legs. Most of all he covets the secret his sisters hide from him—their season that comes with the moon and sends them, in tears and whispers, to the outhouse at all hours. Spellbound, he follows them, observes their ritual through a crack in the door. In a fever of curiosity he salvages their discards, unwrapping old newspapers to discover musty headlines. He puts the parcel in his own underpants as an act of mourning.

She told no one she was going through menopause. She went to work as usual, returned to her flat, ate, passed wind and bought the newspaper from the same kiosk every morning. But she felt a hard emptiness inside her, a small round stone of sorrow that grew and grew until she could barely breathe. She stood naked before the mirror and examined her parts: a belly free of stretch marks. Two lovely breasts that never fed a child.

When it was time to make the pilgrimage, you lied. Women in your condition were not allowed in the holy city and you didn’t want to be left behind. You carried your little secret everywhere. As you circled the shrine on the final day, you felt big, silky clots slipping out of you, and it made you smile.

Cost of supplies: A day’s wages. A carton of cigarettes. More than rice. A sexual favor. I pawned my wedding ring.

First they came in twos and threes, then by the dozen, all with guts in their hands. Months of soiled napkins, bucketsful of menses.

A priest with an oil-barrel belly and prayer beads around his neck accosted them at the temple’s threshold.

A young protestor with a braid as thick as a python led the charge.

“You dare to stand between us and our goddess? You refuse our offerings of flowers and incense? Take that and that. Let us in, or drown in our pollution.”

Suggested group nouns: a rage, a clot, a flow. A hysteria of power. A sisterhood of lamentation.

Instructions from the United Nations: Don’t let the girls drop out of school. Let them use cloth, leaves, coconut husks. They may stink and scrape, never mind. They must learn to read or they will end up like their mothers, grandmothers—forever squatting over holes instead of sitting on a throne.

The man they chose was older by a generation, a respected figure in the community. Throughout the ceremony you prayed for your pangs to come early and spare you the wedding night, but they didn’t. Nor did he.

Worst places to be unprepared: In the bus, squashed between men with ripe armpits and hungry eyes. On a lifeboat. In a camp full of hopeless waiting.

In Chile they call it La Regla, the Rule. Then there is the Bloody Baron, the Maroon Marquis, the Crimson King. But in South Africa matriarchy trumps monarchy: Granny’s stuck in traffic, they say. The Auntie with the red car is parked outside.

In one word? Relief.

Photo by Ed Leszczynskl on Unsplash

Kanya D'Almeida is a Sri Lankan journalist and writer currently based in Colombo.