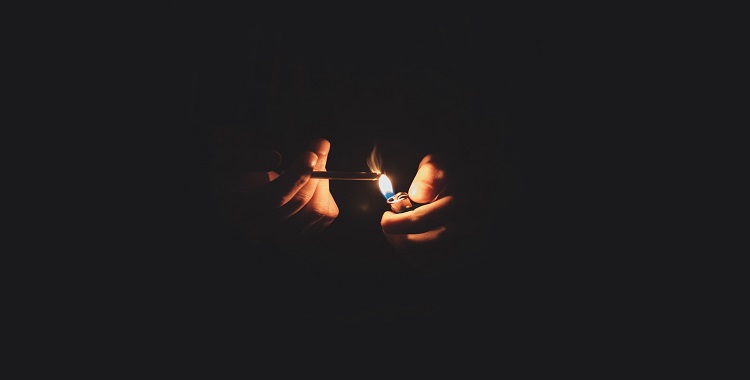 The pill passes fondly between hands,
Overhead the sky is filled with the wretched screaming of some thousands of cicadas,
The stars gather watching.

It is bright and as the ecstasy breaks down in my blood it gets brighter. We get louder. Like summer means nobody is allowed to call the police on noisy kids looking up at the stars,

Wasting away, dissolving into that deep night.
Sweat sticking clothes to withering bodies,
Close friends erasing the past as the strain of a future unknown lulls them toward it.

I tilt my head back over the side of the truck bed,
Millennia passing and swinging back around to meet me in the grass.

Staring up at the same sky, under a new summer moon.
We are lost, an apartment complex full of lost bodies anxious and waiting for release,
Nobody here is bothered by the sounds of inhibitions gone.

Lost in something new. Extravagant, plastic
pill casings sit empty,
white powder chemistry
We open a door to a dirty apartment living room and the stars tumble in like balloons,

Waves of them, clinging to the ceiling
As the moments fade away into another summer day.

Falling back to the patio overlooking an
empty and run down field of grass.

Brown bodies I don’t know
grow older as the summer sun
melts their age into the dirt,
one salty drop at a time

Cigarette lingering in between
filthy fingers

I am no longer having fun.

Photo by Ander Burdain on Unsplash

Fernando Montejano has a single accepted work in Ayris literary magazine, an online publication. He usually performs locally and teaches poetry to high school students for the Nebraska Writers Collective. He's been invited to read and perform for organizations like The Boys and Girls Club of America and the National Alliance on Mental Illness. He often writes about his own PTSD and his Mexican heritage to help others understand the depth of mental illness, as well as the way the culture he existed in dealt with it. He lives in Omaha, Nebraska with his wonderful fiance, Noni.