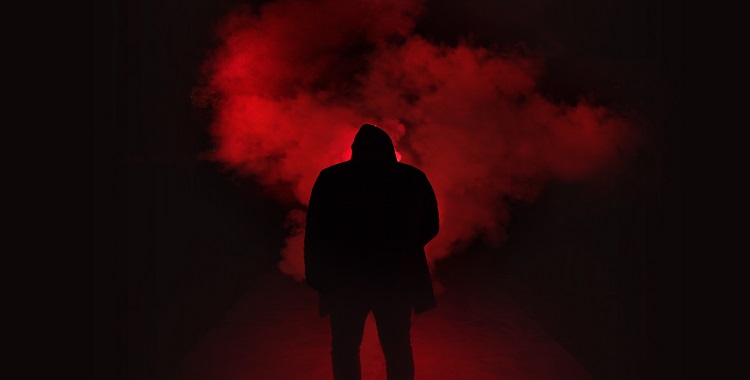 It was on a smoggy Shanghai morning when Wang hired a hitman to kill his wife.

Wang’s wife Li Ying was rich, a fuerdai. Her father owned several factories making Chinese takeout boxes for the Americans. She spoke English in a posh British accent acquired from watching pirated Downtown Abbey episodes on Sohu TV. She loved COACH handbags and Italian espressos in the morning, although she never finished them because she didn’t like the taste of coffee. But she did like the way the adorable little white cups looked in her hand as she watched TikTok videos on her iPhone 11.

Wang was middle class. His parents were school teachers–nothing exceptional. But Wang believed he was exceptional. After all, he graduated from Peking University, the Harvard of China and Li Ying only graduated from an Australian University, which everyone knew was for fuerdai brats too stupid for a Chinese or American university.

The two had met online on Tantan and once Wang smelled her money, he wooed her until she was his. An ambitious man, Wang started to plan her murder as early as their honeymoon in Rome.

Wang met the hitman at a restaurant in the trendy Xuhui neighborhood famous for their truffle infused soup dumplings topped with gold flakes and duck eggs cooked tableside with volcanic rocks. The hitman was short, portly, middle-aged and unremarkable looking. Wang told the hitman to make the murder appear like an accident and to make it painful. The hitman nodded and took ample notes on his Huawei MediaPad T5 Tablet. Wang was pleased with the man’s professionalism and wired him 70,000 yuan on WeChat Pay.

Old Yang the hitman was concerned as he walked away from the restaurant. He had arthritis in his right hand, which unfortunately was his good stabbing hand. He also had lung cancer and coughed up blood every morning after his second cigarette. But he needed the money. His son’s tuition at NYU was very expensive.

It was a sweltering summer day so Old Yang tied his t-shirt into a Beijing Bikini, rolling his shirt halfway up to his nipples, like a Macgyvered sports bra, exposing his belly. As he walked, Old Yang was struck by an epiphany–he should hire another hitman with half the money. This new hitman would do the murder while Old Yang pocketed his half in safety. Chuckling at his masterstroke, Old Yang fired up WeChat on his phone and started searching for his replacement.

Old Yang met the hitman Little Zhang, a baby-faced pretty boy at the 30,000-square foot Starbucks Reserve Roastery on Nanjing Road, the premier shopping area of Shanghai. Kids and their love of the West, Old Yang snorted in annoyance. He was a proud member of the Chinese Communist Party and would never willingly give money to the Western Imperialists. Although even Old Yang had to admit that this Starbucks location was quite swanky as he sipped his single origin Indonesian Nitro coffee and nibbled on a pistachio torte.

Little Zhang looked nothing like a typical hitman. He was a xiao xian rou (little fresh meat), which described a soft spoken, pretty, sensitive young man with the demeanor of a Labrador puppy. These pretty boys were quite popular and lusted by Chinese women of all ages. Old Yang found the whole concept disgusting and he fretted about the future of masculinity in China.

But Old Yang changed his mind when the xiao xian rou stated that he had studied at Harvard Business school. Everyone in China knew about Harvard since it was vastly superior to any Chinese university. Old Yang was so impressed he reached out and patted Little Zhang on the back like a proud father.

Little Zhang was on the bullet train watching the third season of The Rap of China on his Huawei P30 phone when he was struck by an epiphany–he should hire a hitman and keep half the money. Then he could use the money to help him and his girlfriend move to Richmond in Canada.

Plus, Little Zhang reasoned that he was also doing his patriotic duty for China by creating jobs. He had learned at Harvard business school that this concept was called “trickle-down economics” by the Americans. Or was that something else? Little Zhang wondered. He never finished Harvard.

Little Zhang was live streaming on YY in the lobby of his high-rise apartment complex when he saw Peasant Chen mopping the porcelain floor.

Peasant Chen was from the countryside. His skin was tanned like brown leather. His teeth were yellow from cheap cigarettes. His hands were calloused with the stigma of manual labor. When he spoke, his thick country accent gave away his breeding and the urbanites of Shanghai ignored him like a spent cigarette butt on the ground.

Little Zhang found Peasant Chen utterly forgettable and perfect for clandestine murder. He hired him on the spot.

But Peasant Chen had become shrewd in survival. He calculated the money offered by Little Zhang and realized it was less than the reward given by the police for reporting a murder conspiracy.

Wang was eating chicken wings at KFC when the police arrested him. When Wang saw the officers, he purposefully swallowed a chicken bone to avoid dying in a gulag. As he choked to death, Wang was glad he ordered the chicken wings instead of the spicy chicken sandwich, since the wings were 9 yuan cheaper and it was hard to choke to death on boneless chicken meat. He had become very budget-conscious ever since he used all his savings trying to kill his wife.

Photo by Elti Meshau on Unsplash

Hunter Lu is a New York City based freelance food writer with a strong interest in fiction. He has attended two creative writing workshops in New York City (Words After War and the NYU Veterans Writing Workshop).