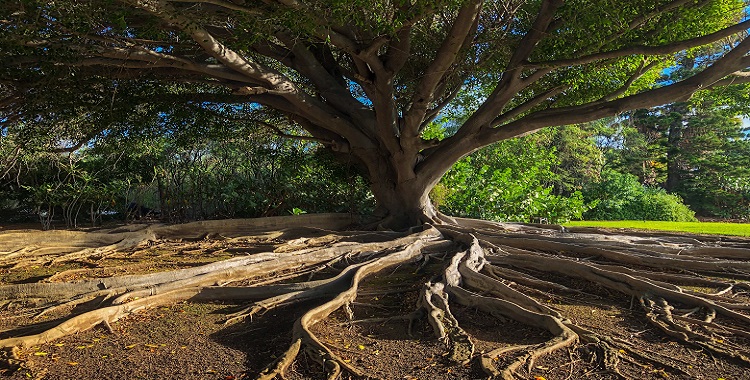 I rearrange my grandmother in loose-leaf pages,
each poem a memory, a sterling trinket in a felt pouch
I keep by my side, often touching it throughout
the day, the way one checks a phone
through a pocket. There is the poem where
she teaches me about the many tastes and states
of salt, the one where I learn to measure
for biscuits using my hands: a palmful of lard,
a turn of the wrist for a pour of buttermilk.

She remembered growing up poor in Kentucky,
going to town in a horse-pulled buggy—an old mare
name Beatrice—after a girl that once caught my
great-grandfather’s eye, something I’ve saved
for a future piece. Her father’s cruel yet loving
legacy continues to this day within me
and my daughter: quick to love, quicker to anger.

For this I now take a pill, a form of bipolar disorder
that is spread out along the whole of my family tree,
like an infected dogwood with large leaf spots.
I told my uncle about Risperidone after his last
episode, every door ripped from its hinges.
I told my brother after he grew angry and threw
his girlfriend out because she found out he was
cheating. So far, no takers.

There is a form of adrenaline that comes with rage,
the kind I always imagined could lift cars off
children, hit baseballs over fences, but I only
know fists through sheetrock, broken plates,
and an arm through whatever stands in my way.

My grandmother married a man like her father,
full of laughter and mirth on a short fuse, telling
how she would sometimes go for walks on the farm
when she felt the thunder building in his mind,
the small ripples in the water’s surface
that indicate something big is right below.

My children called it walking on eggshells, knew
when I had this charged energy within me and was
ready to single out any nonsense reason to lash
out. I was a calculated hothead, a man trying
to apply logic to a misaligned emotional state.
This anger was always followed by regret and guilt,
which I tried to justify away but never could.
It was like trying to assign meaning to a tornado
or a plague, that somehow the victim played a
role in all this.

My son is like my father, mostly calm, only
occasional anger bubbling up in understandable
measure. He was the steady hand on mine that
tried to assuage the monster within me when it
surfaced: a 30-pound catfish covered in scars
and missing part of its left soft dorsal fin.
I do not miss it, swimming through life with a hook
in my mouth because no line was strong enough
to reel me in.

My grandmother lived in the country and I loved it
when she accelerated on the gravel road
near her house, the car shaking like a bull
before it throws the rider.

I am now the person I intend to be, a pile
of expired maps on my passenger seat as I try
to navigate the days before me, the road
transitioning from gravel to blacktop.

Photo by Emma Gossett on Unsplash

Mickie Kennedy is an American poet who resides in Baltimore County, Maryland with his wife, son, daughter, and two feuding cats. He enjoys British science fiction and the idea of long hikes in nature. His work has appeared in American Letters & Commentary, Artword Magazine, Conduit, Portland Review, Rockhurst Review, and Wisconsin Review. He earned an MFA from George Mason University.