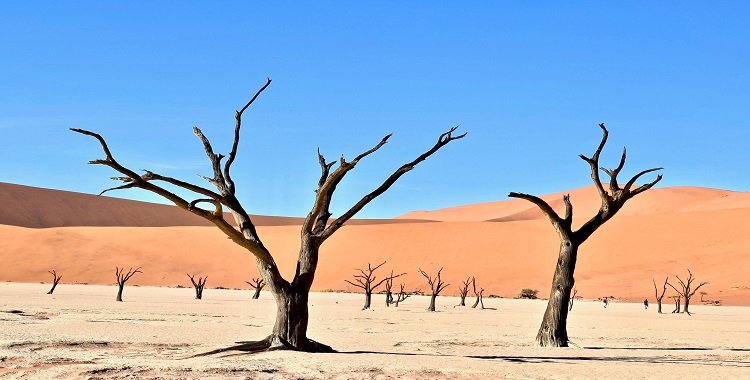 The wind blows the dust and dry dirt across the plains, ceaselessly lifting it from the earth only to set it down again elsewhere. The dirt gets deep in the skin of those unfortunate persons who spend their days toiling under the sun, tending to their wheat or corn or sunflowers, until, over time, their complexion becomes mottled and they are left with what looks like a dingy, uneven tan. Their faces come to resemble the palm of an old baseball glove or a wallet that has seen better days. People speak of dry seasons, but that implies drought is something that comes periodically or at set intervals. When you live here, drought seems to be the status quo, one long dry season, a fact of life. Rain becomes a cause for celebration, like the birth of a child.

My family has been farming in this little pocket of the country for as long as anyone can remember. This land breaks people. When I was 12 years old my cousin Jacob said that his dad–my uncle Raymond–told him that the reason my Grandpa didn’t have any hair was because it all burned off and never grew back. Grandma had kicked him out of the house for drinking too much, so he went out to the barn and got even drunker and fell asleep with a lit cigarette in his hand. The fire trucks managed to get there just in time, with their lights painting the big empty sky and their sirens crackling, nothing on the barren landscape to muffle the sound. He lived, barely, but that was the end of his farming days. He showed her, I guess.

My father is a sullen and angry person, physically strong, but more like an overgrown teenager than a man. He behaved as though the universe was perpetually persecuting him. He didn’t ask to be born here, to be stuck minding this God-forsaken tract day after day, and he took his misery out on whoever happened to be nearby. When I was younger and smaller, he would throw his hands and empty bottles around like it was our fault the sky is so stingy. I put a stop to that when I got big enough, but he’s still an asshole. The idea of leaving would never even occur to my mother. People don’t leave here.

My brother William was to be the exception. When we were kids, William and I would stay awake all night, him on the top bunk and me on the bottom, dreaming about life beyond these endless plains. We’d be baseball players or racecar drivers or grocery store clerks or mailmen. It didn’t matter, as long as we weren’t farmers. Anything but farmers. When we got a bit older and William reached high school, he still stayed up all night, only then he was studying his ass off. He wanted to go to a state university. I would wake up at dawn to begin the morning chores, and he was already awake, had been for hours, leafing through textbooks on algebra and American history. At night, he anchored himself at his desk and sat stock-still over his books with a small flashlight well after Pa expected us to be asleep. Sometimes Pa caught the faint glare of the flashlight through the crack under the door. I’d wake up and hear him, slurring, you think you’re better than me, don’t you, college boy? I sure as hell ain’t payin’ for you to go to no college. Quit dreamin’, you ain’t goin’ nowhere.

The summer after William’s junior year of high school was hotter than usual. Most days, you could practically see the terra firma baking beneath your feet, and it seemed as though the soles of your shoes might melt right into the dirt. In the early evening, when it cooled down a little, if you walked out across our front yard and into the middle of the road, you could see the kind of mirages you only see in places like this, the air rippling like waves above the desolate stretch of asphalt. I often wondered where I might end up if I followed that road all the way to the end. Would it be someplace just like this?

During the summer, when school wasn’t in session, there was nothing to do during the day except pray for rain and try to hold on to your sanity. Each blended into the next, the monotony soul-crushing. There was nothing to look forward to. Pa mostly sat around drinking and cursing the heavens, along with anyone else who happened to be within earshot. I mostly passed the time by running little errands for Ma and trying to stay out of Pa’s way. Every once in a while, I’d take one of the horses out and ride through the wheat fields toward the horizon. I never quite made it there. William, ever the scholar, rode his bike back and forth into town just about every day to read at the public library. Sometimes I went with him, standing on the rear pegs and holding onto his shoulders with the wind blowing dirt into my eyes. I didn’t mind.

One afternoon the scattered clouds merged into an endless, formless gray mass, and the sky finally opened up with a crack that sounded like a hundred thousand baseball bats simultaneously making clean contact with a fastball. The rain came down in buckets and the earth slurped it up the way sunburned skin, cracked and dry, soaks up lotion or aloe. Pa had taken the pickup truck into town to pick up his weekly rations from the liquor store. Later, he said it had been raining so hard he couldn’t see a damn thing in front of him, which may have been true, but the police also found a half-dozen empty beer cans and a half-empty whiskey bottle on the floor under the front seat of his truck. They also found William in the ditch by the side of the road, his state university sweatshirt ripped and stained the color of Sangiovese, soaked paperbacks spilling out of his bookbag. Like I said, people don’t leave here. Pa’s car was almost a hundred yards down the road from where they found William. I don’t think he would have stopped if William’s bike hadn’t been stuck under his car, bent and mangled like it had fallen off the side of a cliff.

The judge gave him probation because he said living with the guilt would be punishment enough. Everyone in court that day seemed to feel sorry for him. Some were crying, wiping their eyes with dingy handkerchiefs. They must have been thinking, that poor man, this is every parent’s worst nightmare. When Pa got home that afternoon, the first thing he did was pour himself a drink. Lesson learned. He doesn’t live with guilt; he buries it. At William’s funeral, he stood next to the casket, shedding crocodile tears and swaying back and forth like a frail branch, as people, one by one, expressed their sincere condolences. My mother and I tried to remove the stains from William’s state university sweatshirt so he could be buried in it­–he would have liked that–but they wouldn’t come out, and Pa didn’t see the sense in spending money on a new one.

Tomorrow, when the sun rises in the east, vast and orange-yellow and blinding, and the roosters start crowing, before Ma wakes up to cook breakfast and long before Pa gets up to have his first drink, I’ll step out into the morning sun, walk down the dirt path to the stable, saddle one of the horses, its’ mane rippling in the breeze, and ride toward the horizon. This time, I’m going all the way, and once I reach it, I’ll keep going. Maybe if I go far enough, I’ll find somewhere with a hint of green in the landscape, instead of Martian red as far as the eye can see. Somewhere water runs in rivulets over round grey rocks until it meets a river, and the two become one, pushed toward bigger water by sheer momentum. That’s the thing about water–it’s always moving, flowing, affected by currents and tides. In nature, it’s never truly stationary. It carries people from one side of the earth to the other. It’s fitting that people in a place like this, defined by its lack of water, suffer from a kind of intergenerational inertia. They remain, year after year, decade after decade, century after century. Maybe the only way to get out is to be like the water we always pray will come. I just need to start moving, like those rivulets, slowly, steadily, unsure of the destination, allowing the momentum to carry me forward, toward the horizon, until this dilapidated house and the stable and the fields of corn and wheat disappear, and then keep going, a trail of horseshoe prints behind me, the clip-clop of hooves underneath me, and a picture of William, smiling in his state university sweatshirt, nestled in my pocket.

Photo by Parsing Eye on Unsplash

Brian Dolan is a lawyer who lives in Portland, Maine, although he is originally from Westchester County, New York. He studies the craft of writing online through the New York-based Writers' Studio, and he writes short fiction and flash fiction during his spare time in the evening and over the weekend. His writing is previously unpublished.